Devin Booker And Kendall Jenner Complete One Year Of Relationship: How It All Started?

American socialite, model, and media personality Kendall Jenner needs no introduction. Besides being on the headlines for her professional journey and her appearances on Keeping Up with the Kardashians, she is often in the spotlight for her relationships.

Among the Kardashian-Jenner clan, Kendall Jenner is regarded to be the most secretive one. But, this time, during Valentine’s Day, she made her romance Instagram official, which is really a big THING!

Looking at Jenner and Booker’s relationship timeline, they were first spotted on a road trip in Sedona, Arizona, on 29th April 2020. TMZ reported that they looked like a couple, but some sources argued that they were not dating during the time.

On 22nd August 2020, they were captured enjoying a fancy dinner at Noby. E! News reported that they were spending more time at the time and getting closer. During the time, a close source also claimed Kendall being excited to have Booker in L.A.

A close source added: They have been staying together and hanging out in Malibu with friends and family.

On 29th October 2020, the couple broke COVID-19 social distancing guidelines to attended Jenner’s sister Kim Kardashian’s lavish 40th birthday bash on a private island. They were trying to be low-key but were captured in the back of a picture of Scott Disick and his son Mason. They looked happy together.

On 21st January 2021, Booker posted a picture of Jenner sunbathing in a teeny two-piece on Instagram stories. He wrote “Whew” in the picture. This is how Booker officiated his relationship with Jenner on Instagram. 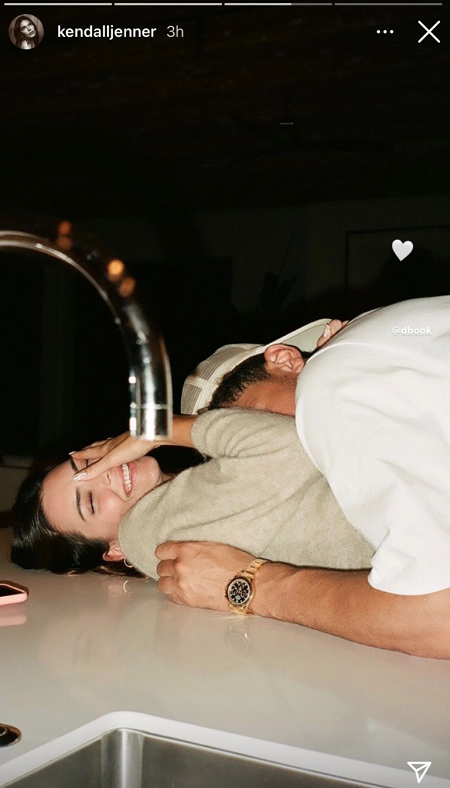 On 17th February 2021, Kris Jenner’s daughter supported her boyfriend attending a Phoenix Suns game. On 2nd March 2021, Entertainment Tonight reported that Jenner and Booker were getting serious in their relationship.

Jenner was ready to make her relationship more public and wanted to get rid of every unnecessary speculation in the media. She was ready to share more than what she posted on Valentine’s Day.

Entertainment Source reported: Their relationship has gotten more serious, and Devin is really laid-back and not all about fame or being in the spotlight all the time, which Kendall really likes.

On 3rd March 2021, the Kardashian-Jenner family was happy that Jenner is taking her relationship slow and is not jumping into an engagement.

Finally, on 26th April, 2021, the duo was seen walking hand-in-hand in New York City on the way to celeb-friendly Carbone for dinner.

For now, Jenner and Booker are a solid couple without any drama.