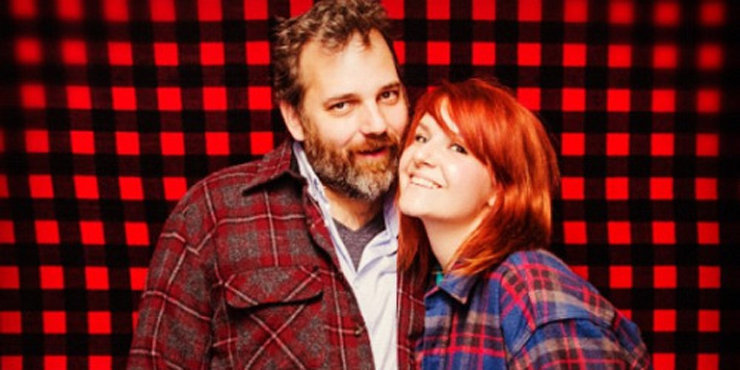 American podcast host and comedian, Erin McGathy reveals the reason behind her divorce from her husband, Dan Harmon, best known as the creator and producer of the NBC comedy series, Community.

So here we have gathered all the information regarding Erin McGathy's personal life including her dating life, affairs and divorce reason. So keep scrolling for more...

The 38-year-old comedian, Erin McGathy had been dating her 12 years older boyfriend, Dan Harmon for over a year. They got engaged on the shores of Loch Ness on 28th December 2013.

After a year, they got married at Los Angeles Natural History Museum on 15th November 2014. Dan threw a huge wedding and publicized their wedding news on his podcast "Harmon town" as well.

In October 2015, the couple decided to end their relationship. McGathy announced her divorce via Twitter. She tweeted:

“Sad to announce that @danharmon and I are divorcing. We ask that you respect our privacy as we discuss it openly on our respective podcasts.”

Dan announced onstage that he is getting a divorce on his podcast Harmontown.

Many people speculated on the reason behind their separation. Some considered moodiness and self-deprecating behavior of Dan to be one of the reasons for them not getting along well even after dating for so long. Others thought Dan’s history of drinking might have led the couple to divorce.

While some had thought that their divorce was a cheap publicity stunt. Later, McGathy disclosed that Dan’s relationship with Cody Heller was the reason behind their divorce.

Since the announcement of their divorce, Dan had made references to his new girlfriend, Cody Heller who is the writer and showrunner of his podcast "Harmontown."

Whatever the reason was, Erin and Dan seem to be good friends even today after their divorce. On March 12, McGathy posted a picture with Harmon on Twitter saying: “It’s good to see old friends.”

Though they are great people, they were not so great together.

Erin McGathy is most famously known for her work on "This Feels Terrible" which premiered at UCB in 2010 and later became a podcast. McGathy interviewed comedians and friends about their relationships on the podcast.

She is also notable as a co-host of Human Conversation with comedian Wayne Federman. McGathy has also made appearances on the Harmontown podcast with the show’s host, Dan Harmon. She has acted in movies including Harmontown, Adult Wednesday, and Librarians.

Likewise, several online tabloids estimated her net worth around $1 million as of early 2022.

American writer and producer, Dan Harmon is well-known for the movie Monster House, the television sitcom Community and the animated television series Rick and Morty.

In 2013, Dan published his first book You’ll Be Perfect When You’re Dead. He has currently been working on his second book to be published in 2016. Awarded for “Hugh Jackman Opening Number” at the 61st Primetime Emmy Awards.

According to Celebrity Net Worth, Harmon's net worth is estimated at around $15 million as of April 2022.

Who is Dan Harmon Dating after the divorce?

The 49 years old Harmon is currently engaged to his soon-to-be wife fiancee Cody Heller. After getting divorced, he started searching for new love and eventually found Cody. Harmon seems to be open about his new relationship as he often shares a different picture with her. Check out some of the posts he shared via social media. 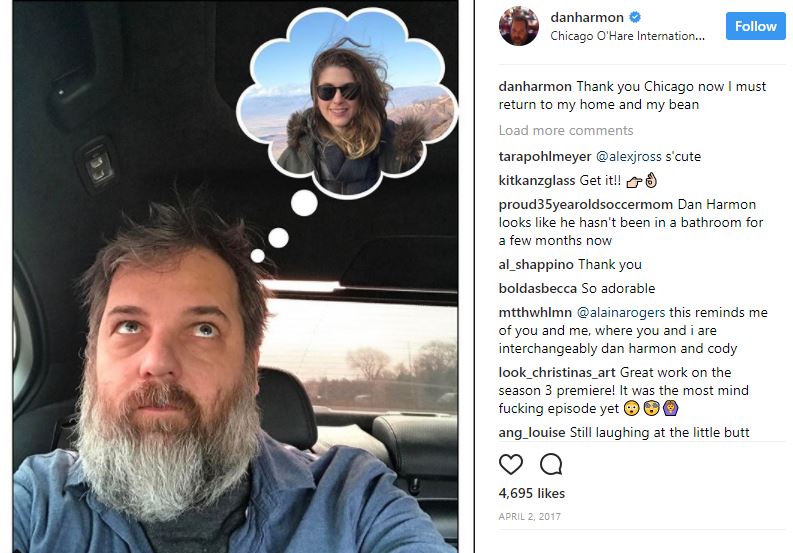 Love, respect, mutual understanding, and care are what make any relationship work. What matters is happiness and the duo seems to be happy with each other. 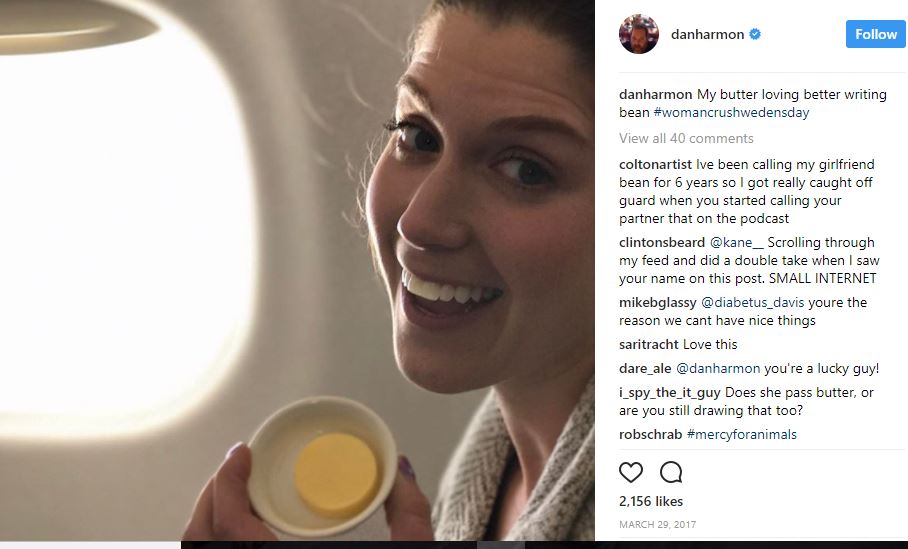 The couple started dating each other in 2016, shortly after Harmon's divorce. Likewise, in Jan 2019, Heller proposed to Dan in a romantic proposal. Well, obviously the actor-producer said 'yes' to her.