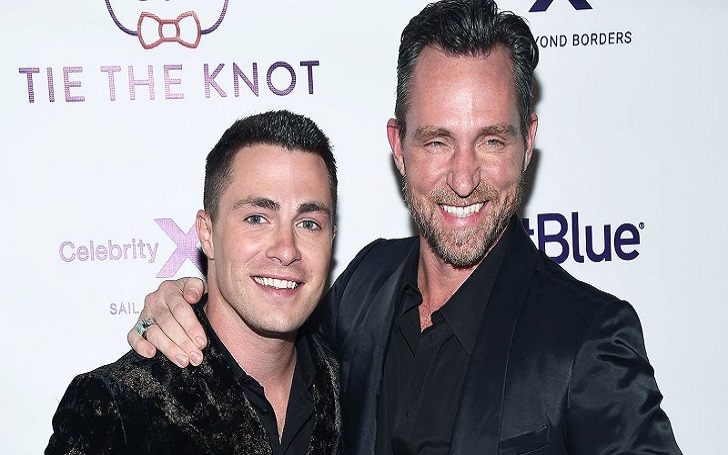 Colton Haynes address the rumors that husband Jeff Leathman cheated. There are amid reports that the couple has called off the marriage.

Teen Wolf and American Horror story actor Colton Haynes is setting the records straight amid rumors that his husband Jeff Leatham cheated on him. The couple is reported to have broken up which is false as per the 29 years old star tweet.

Two days after Haynes released an infidelity-themed single “Man It Sucks,” which leads fans to assume that his 46 years old celebrity florist husband Leatham has turned unfaithful. And the actor denied saying he didn’t pen with the husband of 6 months in mind.

To shut down the rumors completely he tweeted Saturday morning explaining the cheating drama song.

“Jeff would never cheat. He’s an amazing man. Please stop being mean to him. The song I wrote was about a past relationship,” Haynes cleared the fans misunderstanding.

Jeff would never cheat. He's an amazing man. Please stop being mean to him. The song I wrote was about a past relationship. ?

Also Read: Colton Haynes is in rehab, following his coming out

Though he didn’t mention the break-up rumors but the way he cared about Leatham and tweeted, he will never cheat and he is an amazing man proves they are still together.

Further, the rumor arises when Arrow actor deleted several photos of them from his IG and switched his surname from Haynes-Leatham back to Haynes.

The couple married on October 27, 2017, in a lavish Palm Spring Ceremony officiated by Kris Jenner.