Home Gossip Colton Haynes is in rehab, following his coming out.

Colton Haynes is in rehab, following his coming out. 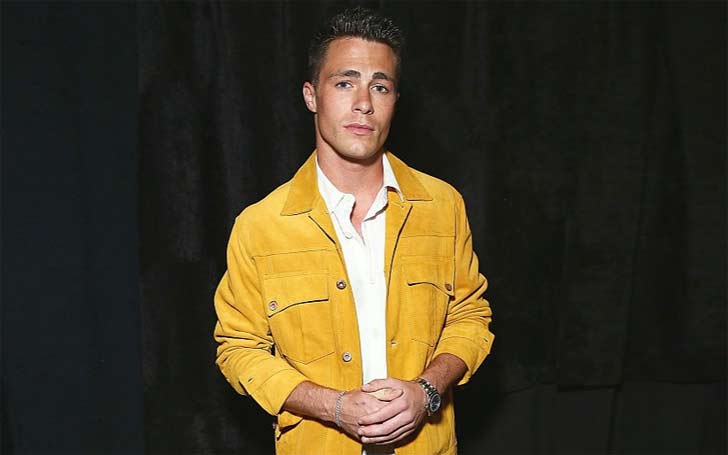 The media went into a wild, wild frenzy when Colton Haynes casually revealed his identity as gay in a Tumblr exchange with his fan. A fan has posted something about Colton’s “secret gay past”, to which he responded “Was it a secret? Let’s all just enjoy life & have no regrets :)”. Although Haynes had not thought his casual comment on his sexuality would be news, it did become quite a news. On May 5, Haynes came out officially out!

Colton Haynes for one of his modeling campaigns.     Source: Yahoo

From a farm boy to a model-turned-actor who stunned us with his amazing looks on campaigns for Ralph Lauren and Abercrombie & Fitch and his acting skills on fan-favorite shows like MTV’s Teen Wolf and The CW’s Arrow. But despite his amazing work on the screen the actor was having a rough time behind the scenes of it all.

“I’ve had terminal anxiety my entire life. Physically ill, fainting. I’m 27 years old, and I have an ulcer. I had to step back.” revealed Haynes to Entertainment Weekly.

Apparently Haynes has been anxiety victim for a long time and now, he’s in the rehab for the same reason.

“People want you to be that GQ image that you put out, but people don’t realize what it’s like to act 24 hours a day. I’d go home and I was still acting,” he explained. “People who are so judgmental about those who are gay or different don’t realize that acting 24 hours a day is the most exhausting thing in the world.”

The actor left both of his hit shows, Teen Wolf and Arrow due to the same issue of anxiety.

“I asked to step away because I cared more about my mental and physical health than my career at the time.”

In the same interview, he inadvertently passed a remark regarding his sexuality and how a casual post stirred up a news.

“It was a complete shock. I wasn’t ready to be back in the headlines. I should have made a comment or a statement, but I just wasn’t ready. I didn’t feel like I owed anyone anything. I think in due time, everyone has to make those decisions when they’re ready, and I wasn’t yet. But I felt like I was letting people down by not coming forward with the rest of what I should have said.”

Colton Haynes On Publicly Coming Out: ‘I’m Happier Than I’ve Ever Been’ https://t.co/xJmT75r6G2 pic.twitter.com/LYYNHTui2U