The Today’s show anchor, Hoda Kotb is known to be in relation to the New York Financer Joel Schiffman for five years now. Although both of them are totally banging their relation, do you know why Hoda hesitate to marry Joel? Hoda had previously married the University of New Orleans Head Tennis Coach, Burzis Kanga in the year 2005.

They divorced three years later in 2008, the year Hoda was diagnosed with her breast cancer. This leaves a room for assumption. Did Kanga leave Hoda precisely because of her breast cancer? Maybe, maybe not! Was it Kotb who left him because he was not hot? Who knows? Thousands of possibilities to choose from! Let's know what all the fuzz about.

Beautiful Hoda met her first husband, Burzis is February 14th or in lovers term, Valentine's Day. Unlike other Valentine couples, Hoda and her husband relationship did not end happily. 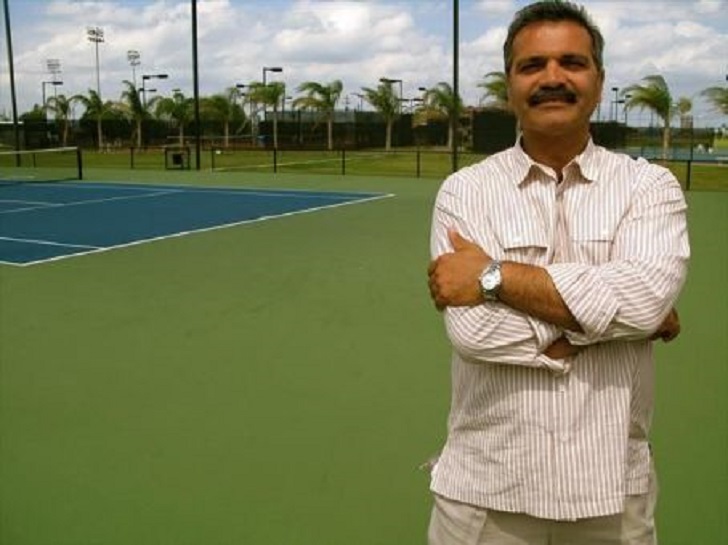 Apparently, while people enjoy their February 14th with their loved ones, Hoda tries to pass the day as quickly as she can.

“I met my first husband on Valentine’s Day”

Hoda has not revealed much about the reason both of them got divorced in the first place. She, however, did reveal that Valentine’s Day is the worst day for her. What’s the relation between the two, you ask?

Now, many of you may think that it’s because her first marriage didn’t go well despite meeting her partner on the fated day that she didn’t like this day, there’s yet another news.

And to drop the bomb “…and we signed our divorce papers on Valentine’s Day.” Tough luck lady!

They were not much in the news so not much of information is available on them. The condition, cause of their divorce has not yet been revealed and they might want to keep it that way. Let the bygones be bygones. Who cares about the past anyway.

Hoda Kotb does not want to marry Boyfriend Joel Schiffman

Now that Hoda is in a relationship with her new partner Joel Schiffman, she has related her hesitation to marry Joel to her past experience.

"I've gone down that road once, so I would've normally said, 'Definitely not,' so the fact that I'm saying, 'I don't know' is saying something,"

Although Hoda stated that Joel was able to give her butterflies in her 50s, she is still reluctant for their wedding. Along with her above statement, we guess the reason must be pretty big. Will their affair lead to marriage? That's something we will know in future after they get married. Hope they do.

Hoda Kotb's Past Affairs and Relationships

Hoda, known as the anchor for the Today’s show with Kathie Lee, Hoda Kotb, and Dateline is the winner of Daytime Emmy in 2010. Currently, she has amassed the net worth that adds up to the staggering figure of $12 million and with her annual income of $2.5 million, she does not have any economic problem to worry about.

Kathie Lee and Hoda Kotb on the fourth hour of Today           Source: eonline.com

Hoda and her partner Joel are happy together. Although both of them had been married before, Joel has one daughter from their previous marriage name Kyle. Lucky for them both Kyle and Hoda get along pretty well.

Talking about partners, Hoda was in a relationship with lawyer Jay Blumenkopf. However, their relationship ended when Jay stated that he had no intention of getting married.

Now, Hoda is happy with Joel and both of them are often seen together, from Star Wars show to Rangers’ match. Also, we suggest Hoda not to hold back from getting married just because of having bad experiences with marriage.

On 21st February 2017, Hoda Kotb adopted a baby girl, Haley Joy Kotb. She announced her adaptation on the Today Show. We wish her successful career and strong relationship with her daughter and her partner.