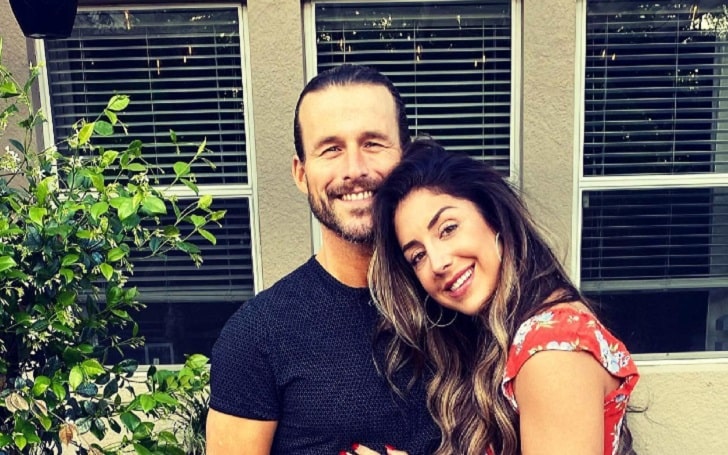 American professional wrestler and dentist Britt Baker has always remained within the limelight and made her fans concerned about her love life. The 31-years-old wrestler is in a relationship with AEW's wrestler, Adam Cole. The two pro wrestlers form an iconic power couple.

Lately, the duo has openly talked about their relationship in the media. So, if you are here to know about their dating life and more, keep reading till the end.

The romantic birds first met each other through Bumble, a popular dating app. It was confirmed by Baker in an interview in 2020. Baker and Cole began their romance in the year 2017. They still lead happy life and have been together for five years. 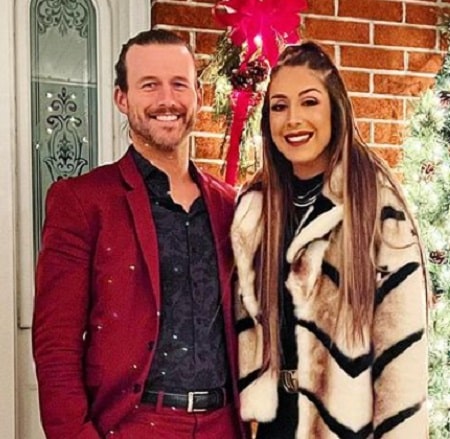 CAPTION: Britt Baker and Adam Cole have been in a relationship for a long time SOURCE: Instagram @realbrittbaker

Initially, they were in a long-distance relationship. During that time, Baker was a new graduate, and when she got signed with AEW, she moved to Orlando. Moreover, Baker and Cole are the only one of three AEW-WWE couples, while the other two are Miro and Lana and Cedric Alexander and Big Swole.

Baker Has Made A Few Appearances With Her Boyfriend

As we know, Baker and her partner, Cole, are involved in the same field. Despite being one of the most noted pairs in the wrestling scene, they have shared an AEW ring only a few times. They paired up for the first time on the January 19 episode of Dynamite, where they beat Orange Cassidy and Kris Statlander.

Since then, the duo have gone their own ways and haven't appeared together in weekly programming again. Moreover, Baker and Cole still lead a happy life, and they often share some moments via their Instagram handle.

Brittany Baker was born on April 23, 1991, in Punxsutawney, Pennsylvania, the U.S making her age 31 years now. As for her education, she attended Pennsylvania State University. There she studied behavioral medicine with a minor in human development and family studies.

Furthermore, Baker started her professional wrestling training in June 2014 after enrolling in the International Wrestling Cartel training academy in South Hills, Pennsylvania. And in the same year, a professional wrestler attended the University of Pittsburgh School of Dental Medicine and graduated in May 2018.

Moving onwards, Austin Kirk Jenkins was born on July 5, 1989. He grew up in Lancaster, Pennsylvania, together with his younger brother. As per a source, their parents separated when he was just 10. From an early age, he was interested in sports, and as a child, Cole took karate lessons. 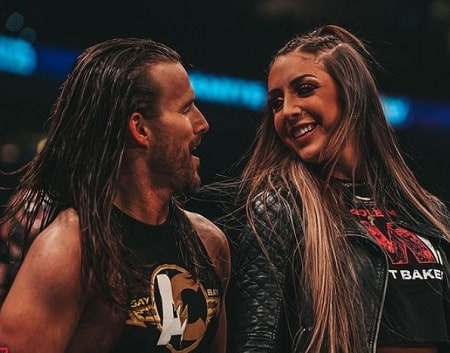 CAPTION: Adam Cole and Britt Baker have made a few appearances together SOURCE: Instagram @realbrittbaker

Initially, he trained at the Combat Zone Wrestling (CZW) Wrestling Academy under DJ Hyde and Jon Dahmer. And finally, on November 14, 2007, Cole became an official student at the Academy. The 32-years-old wrestler made his CZW debut at No Pun Intended as Adam Cole on June 21, 2008.

Talking about the earnings of Cole and his partner, Baker, they have earned a good sum of money from their active work as a wrestler. As per some online sources, Baker is estimated to have a net worth of around $4 million. On the other side, Cole reportedly has a huge fortune worth over $1.5 to $2 million. So, they live a lavish life just like Randy Orton.