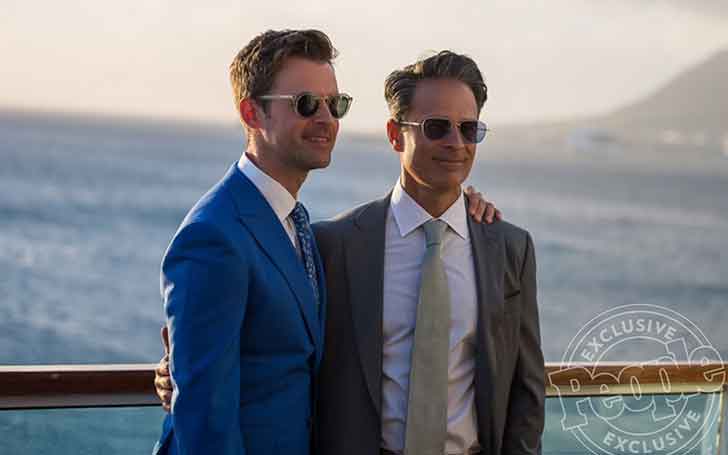 The celebrity fashion stylish and Fashion Police host Brad Goreski showed an interest in fashion at the age of 12. Exploring his personal life we came to know that he is living a happy married life with Gary Janetti.

Brad Goreski is off the market as he is in a happy relationship with his gushed over long-time boyfriend Gary Janetti- a TV writer and producer. The couple has been together for more than a decade. If you are interested to know more about their relationship including their marriage life and children, then just go through the article.

Brad tied the knot with his long-term partner Gary Janetti on December 26, 2017. They get hitched after 16 years of their relationship. Though the couple got engaged in August 2014, they didn’t reveal the news until December. 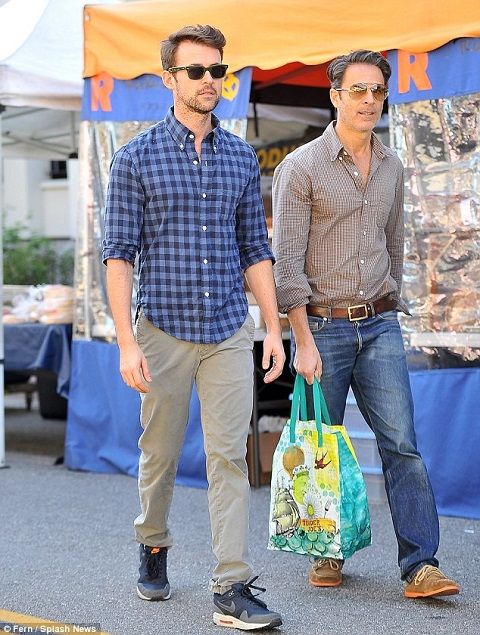 After 3 years of their engagement and 16 years of romantic relationship, Brad finally tied the knot with his partner Gary Janetti. The news about them getting married was flashed out via social media. So, let's take a look at it: 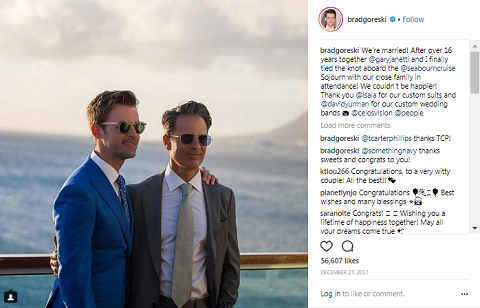 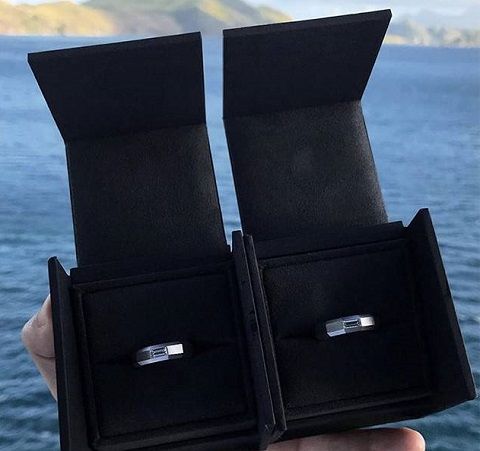 Their wedding ceremony was reportedly officiated by the captain of the ship and as per the reports from E!News,“The ship made the experience very special. They had a beautiful ceremony at sunset and then a family dinner followed the sailing ship wedding. "Both Brad and Gary couldn't be happier,” Right? 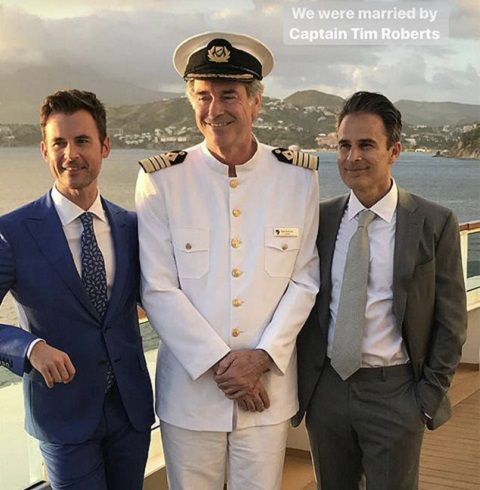 You might have missed: Bo Burnham DATING Someone Special; Is he Gay? Know his Past Affairs and Relationships

Both of them are very excited about their married relationship. Talking about their children, so far the couple has not opted for ways to have their own kids but looks as if they really love their dog just like their own children. They are seen in most of their clicks with their dog. 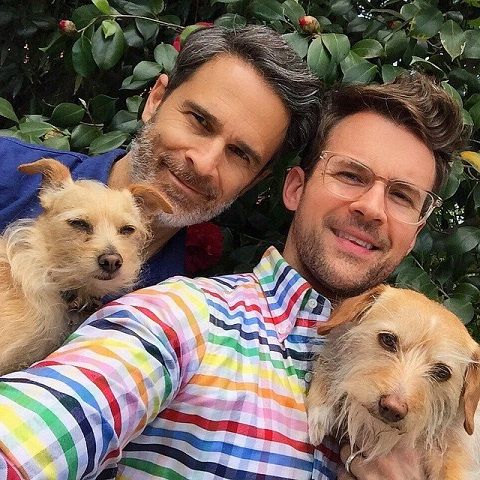 In an interview with E! news, Brad said that they have been together since very long and he’s very much excited to marry the man he loves. “It’s great” as he never thought such thing would be possible. 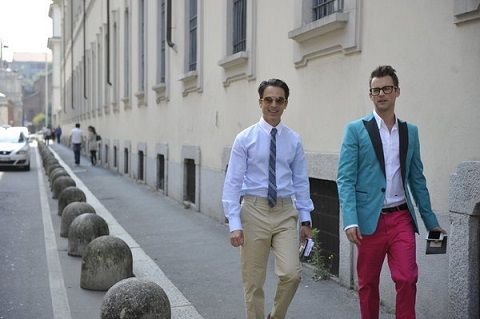 Brad describes Gary as the funniest person that he has ever met and even added that it would be easier to spend a life with Janetti. Now have really weird, a strange experience that they are together.