In the present generation, people not only talk about the relationships of celebrities but also have a huge interest to know about the lifestyles, net worth, career, and properties of the celebrities. Today we are here with the detail information about the net worth and career of Bill Nye.

After completing his graduation, Bill Nye worked as an engineer for the Boeing Corporation and also for the  Sundstrand Data Control near Seattle. While working at Boeing, Nye invented a hydraulic resonance suppressor tube used on Boeing 747 airplanes.

Likewise, he applied to become an astronaut in NASA every few years but was rejected each time. In 1978, Nye won a Steve Martin look-alike contest and then started his standup comedy. Nye continued both of his jobs as a comedian and engineer. 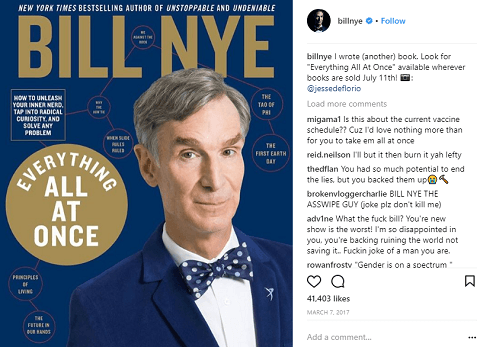 On October 3, 1986, Nye quit his job at Boeing in order to focus on his comedy career. In 1986, Nye started his professional entertainment career on a local sketch comedy television show called Almost Live! as a writer/actor.

Youtube: Bill Nye The Science Guy on The Sun

The show was further nominated for 23 Emmy Awards among which it won 19 of them. Moreover, he also published several books as The Science Guy. Similarly, Nye hosted The Eyes of Nye and also Dancing with the Stars.

Furthermore, his other media appearances include a technical expert on BattleBots from 2000-2002. These days, Nye hosts the Netflix show Bill Nye Saves the World.

Also, read: Sarah Palin disses Bill Nye. Says she's as much a scientist as he is. 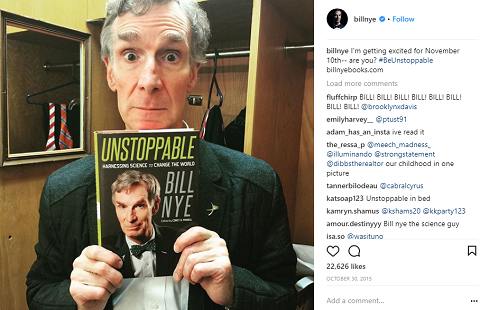 Nye was further awarded an honorary doctor of science degree by the Rutgers University in May 2015 and was also paid $35,000 speaker's fee. Moreover, he received 2010 Humanist of the Year Award from the American Humanist Association.

Nye has received an honorary doctor of science award from the universities including Lehigh University and Simon Fraser University too. 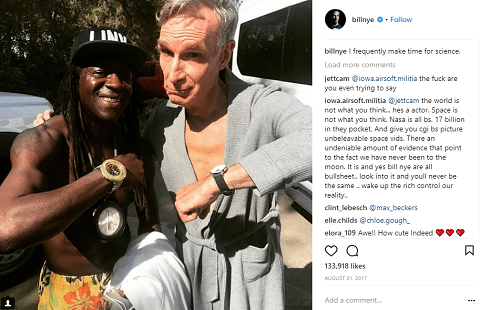 Bill Nye has surely earned a decent amount of money from his multiple careers. As of 2018, Nye's estimated net worth is $6.5 million.

Nye earned a total of $9.3 million from his hosting and writing career at Bill Nye the Science Guy since he signed with the channel in 1993. But the Disney tried him to repay back the amount of $585000 check which the studio paid him in 2008. 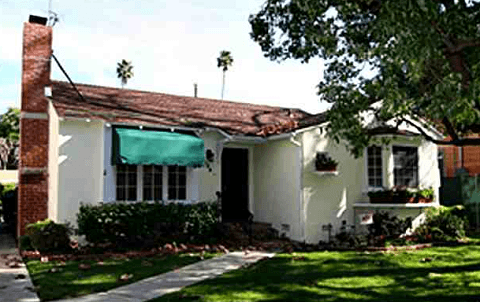 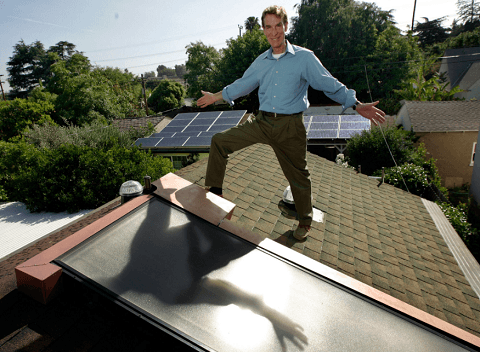 Till date, Bill Nye has owned seven electric cars. He bought his seventh electric car "Kinetic Blue" Chevrolet Bolt EV in 2017. The price of the car is  ‎$37,495. 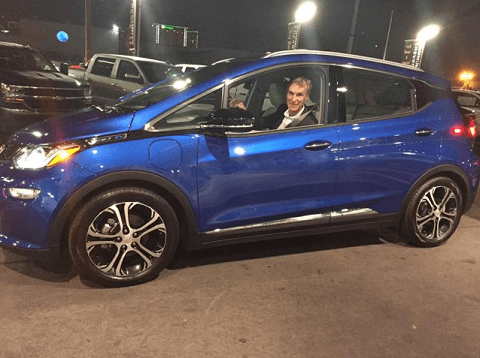 Nye further owned the cars including GM EV1 which costs $33,995. 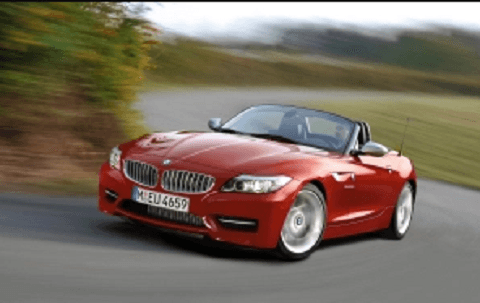 Nye is fond of cars and often keep changing them. After his BMW, Nye bought a  Ford Focus Electric whose current market price is ‎$29,995.

Moreover, Nye also owned the Nissan LEAF having the price of $37,288. 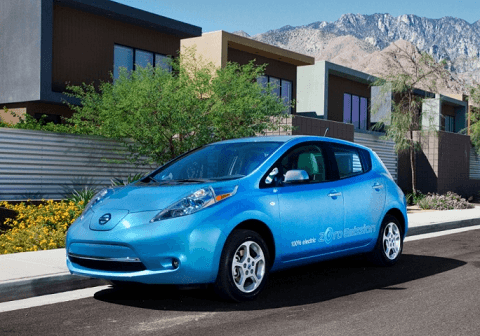 Before he bought his new car Chevrolet Bolt EV, Nye owned a Volkswagen e-Golf whose current market price is $31,345.

Marriage is a beautiful bond that connects two hearts. Everyone wants a successful and happy married life but only a few of them will be able to have it. Although people gain success in their profession, they may fail to get success in their personal life.

Nye was briefly married to Blair Tindall who is an American oboist, performer, producer, speaker, and journalist. Nye and Blair tied a knot in February 2006. 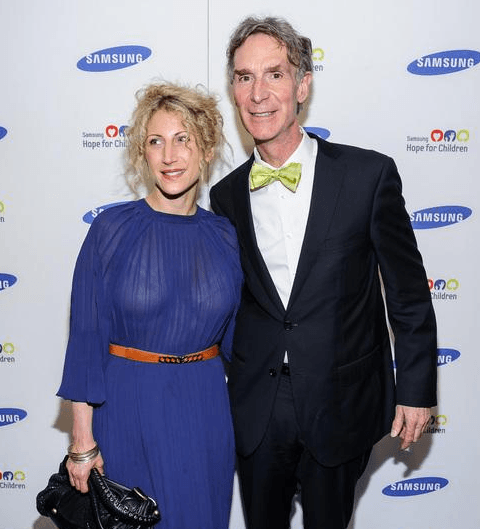 According to Today report, the couple was married by famous pastor Rick Warren. On their wedding, the cellist Yo-Yo Ma and MIT Media Lab Professor Michael Hawley played the wedding march on the piano.

However after seven weeks, the State of California the invalidated the marriage of Nye and Blair. The couple never explained the reason for the Invalidation of their marriage. 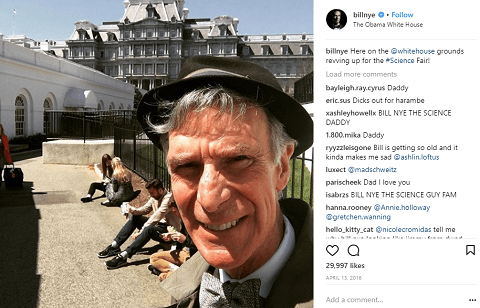 In 2007, CBS reported that Nye told the Early Show's Hattie Kauffman that,

Besides this, none of them has talked more about the topic. Nye is currently single and hasn't been the part of the controversy regarding his other love affairs.