Home Gossip Anna Shaffer Is MARRIED! Who Is Her Husband? Details Of Her Net Worth And Career!

Anna Shaffer Is MARRIED! Who Is Her Husband? Details Of Her Net Worth And Career! 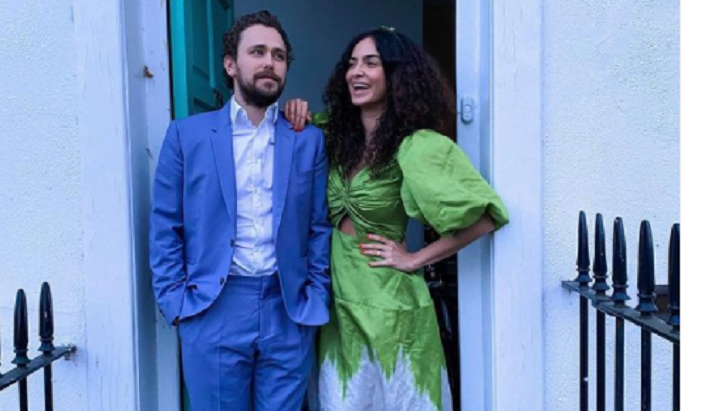 English actress Anna Shaffer, who started professional career in 2009, is widely known for appearing as Ruby Button in the television series Hollyoaks, as Triss Merigold in the Netflix original series The Witcher, and as Romilda Vane in the Harry Potter movie series. Talking about her personal life, she is a married woman.

So, who is Anna Shaffer’s husband? How is her married life going on? What about her net worth? Know everything about her personal and professional updates here!

Anna Shaffer Is A Married Woman!

Anna Shaffer and her partner, Jimmy Stephenson of seven years, got married on 3rd July 2021. The former Hollyoaks star got married at Islington Town Hall in London.

The 29 years old actress took her Instagram to announce the happy news sharing a series of beautiful pictures from her special day with her husband. For the special day, the actress wore a stunning strapless fitted cream wedding gown, and a veil and colorful bunch of flowers accessorized her dress. 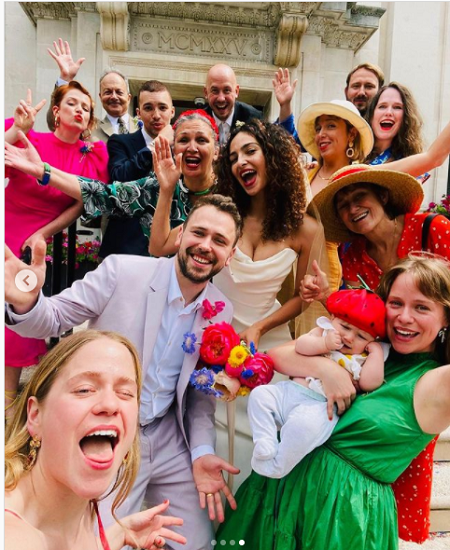 Soon after Shaffer uploaded the pictures, her co-stars like Alice Barlow, Kieron Richardson, Sophie Austin, and others congratulated her on her post.

Actually, the couple had planned to tie the knot in a small private ceremony earlier that year, but they had to delay their ceremony due to coronavirus restrictions.

Back in March, Shaffer took her Instagram to reveal that the day was supposed to be her wedding day, but the COVID had other plans. She said:

I was gunna wear this dress so figured I'd wear it anyway and we'd drink champagne all day. Swings and roundabouts.

Shaffer openly shares numerous pictures of her partner on Instagram, which clearly shows that the duo is happy together.

Who Is Anna Shaffer’s Husband?

Anna Shaffer’s boyfriend-turned-husband Jimmy Stephenson grabbed attention for his relationship with the actress. The couple, who started dating on 18th July 2014/2015, exchanged the wedding vows after dating for seven years.

It is not disclosed when and how the couple started dating, but, they lived near to one another while the actress was busy shooting in the soap opera Hollyoaks.

During the time, Stephenson was studying Archaeology and Anthropology at The University of Manchester, and Shaffer was busy with Hollyoaks filmed in Liverpool.

It is not known what Stephenson is doing currently, but there are some sources claiming him as a merchant.

Shaffer started her professional acting career in 2009. She has worked in a handful of movies and television series. In 2009, she made her acting debut appearing as Romilda Vane in the movie Harry Potter and the Half-Blood Prince.

Anna Shaffer’s net worth is not revealed in the media. Some sources claim that she is a millionaire and has a net worth of $1 million, whereas as per some tabloids, she is worth $700 thousand. As an actress, she might be earning an average salary of $50 thousand per annum.

SEE: Who Is Teresa Giudice Dating Currently? Her Past Relationships And Affairs