If the parents are popular in the world, then their children also definitely get popularity. Similarly, Josquin Antonio Consuelos is also one of them who have gained popularity because of his parents.

Joaquin Antonio has gained a wide recognization for being the son of popular actress Kelly Ripa and television actor Mark Consuelos.  If you want to know more about Josquin's family and his relationship status then stay with us:

Being the third child of popular celebrities, Joaquin Antonio Consuelo has been in the spotlight since his birth. People are always eager to know more about him as much as possible.

Once they come in limelight, people make different assumptions and spread different rumors about their family and personal life. These activities are common among all people. Well, is Joaquin Antonio Consuelos dating anyone currently? Has he dated any girls in past? 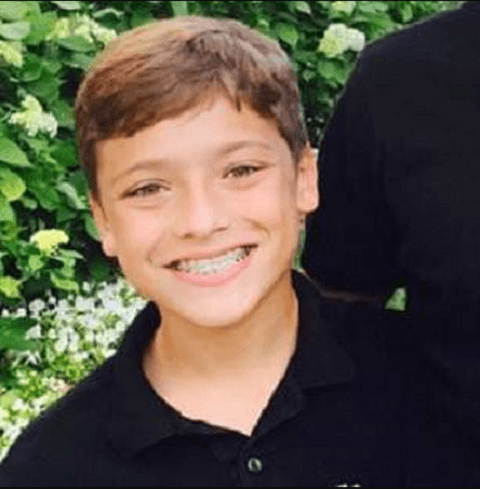 Well, 14 years old Joaquin is not dating anyone at the current moment. Furthermore, there are no any records of his past relationships too and hasn't been the part of the controversy.

The young boy, Joaquin is much more focused on his studies and has recently completed his graduation. So he might not have any decisions to be in any relationships. Or it may also be that Joaquin is hiding his personal details from the public.

Joaquin Antonio Consuelos is the third child of an American actress Kelly Ripa and television actor Mark Consuelos.  Kelly is better known for her role as Hayley Vaughan on the ABC daytime soap opera, All My Children.

Similarly, his father Mark Consuelos is best known for his roles in Alpha House, Queen of the South, Pitch etc. Kelly and Mark met each other on the set of All My Children. After that, they started dating each other and finally converted their love life into marriage on  May 1, 1996. 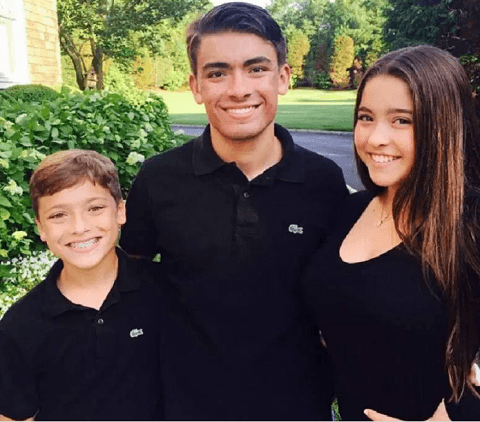 Joaquin is the third child and was born on February 24, 2003. He is currently 14 years old and has recently completed his graduation from the middle school in June 2017. His parents and siblings attended his graduation ceremony and his mother even shared a picture of his graduation on her Instagram. 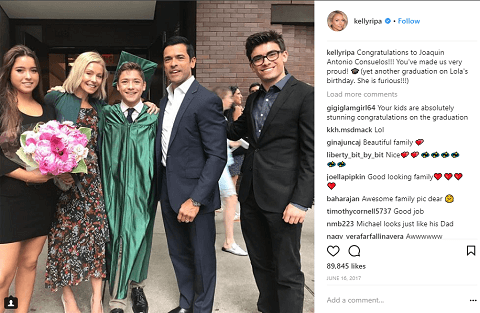 [ CAPTION: Joaquin Antonio Consuelos with his family on his graduation ][ SOURCE: Instagram ]

Congratulations!! We hope to hear more about the happy family!