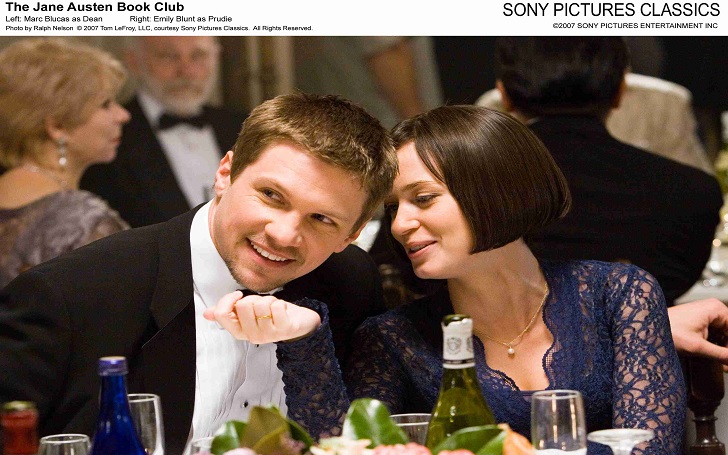 How well do you think an actor and a journalist would get along as a couple? Well, a famous American actor Marc Blucas and American journalist, as well as television producer Ryan Haddon, are getting along really well for a very long time as husband and wife.

The couple has been married for more than seven years. However, they don’t have any children together. But on the other hand, from Ryan’s previous marriage, she has two children. To know everything in detail about the couple’s married life; their relationship with exes, their children, etc. Don’t stop yourself from reading this article until the end.

After two years of divorce from her first husband, Ryan then found her true love, Marc Blucas. They got married on 25th July 2009 and have been living happily ever since. They got married in Erie Pennsylvania, on the Bayfront. Two celebrity guests were invited to their marriage, Reese Witherspoon and Kevin Costner.

After few days of their marriage, before leaving for honeymoon, Blucas told to Times-News, "I feel like the luckiest guy in the world marrying to my wife Ryan."

This shows that the relationship between the couple is perfect. But most of the relations are the same at the starting phase. The real struggle is after certain years of marriage. But then, they have been married for eight whole years, and we haven’t even heard a single rumor or controversies about their divorce.

I have also mentioned that Ryan has two children with her ex-husband if you want to know in detail about them as well, scroll down below.

Before marrying Haddon, Ryan has previously been married to Christian Slater on 1998. She dated him for two years and tied the knot on 12th February 2000. With Christian, Haddon had two children.

This previous couple gave birth to their first child on April 6, 1999. The son’s name is Jaden Christopher Haddon-Slater and is now 18 years of age. The second daughter entered into the world on 2001, August 15 and is currently 16 years of age.

From the start of 2003, the relationship started getting worse. On the same year, Ryan assaulted Christian by throwing a wine bottle on his neck. This happened on Hard Rock Café. Poor Christian had to get 20 stitches on his neck.

Then after Ryan was arrested for domestic battery against Christian. They announced their separation on 2004, and started living separately from 2005 and legally got divorced later in 2007.

Let’s now hope that Ryan doesn’t do the same with her current husband, Marc. She might have already suffered for what she did so; it is very unlikely that she will repeat the mistake.