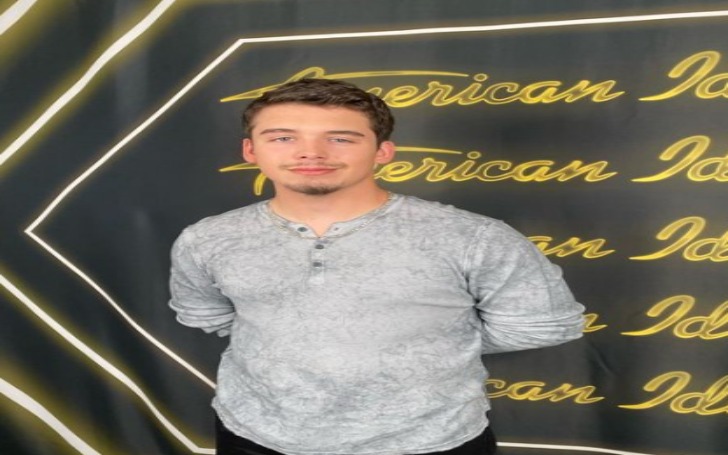 The bouquet & wishes of congratulations to Noah Thompson! The Kentucky-born singer & songwriter won Season 20 of American Idol. The American singing reality show premiered on February 27, 2022, concluded on May 22, 2022, and crowned Noah the season's winner.

If you are curious about Noah Thompson's personal life, net worth, career & other details! Scroll down

Who Is Noah Thompson?

As you already know, Thompson is the winner of the ABC singing reality show American Idol Season 20. He is a famous singer and a songwriter who was born in 2003.

Thompson was born and grew up in Blaine's small town in Kentucky, USA. Having seen his father play a southern rock band, he grew a passion for singing from an early age. He always wanted to be a star and become famous.

How did Thompson join American Idol?

Before participating in American Idol, Thompson was a construction worker, and he was not planning on participating in the show. Thompson didnt sign up for that show. His best friend, Arthur, signed him up, thinking that he was not born to do work with them, which he told himself in the audition round. 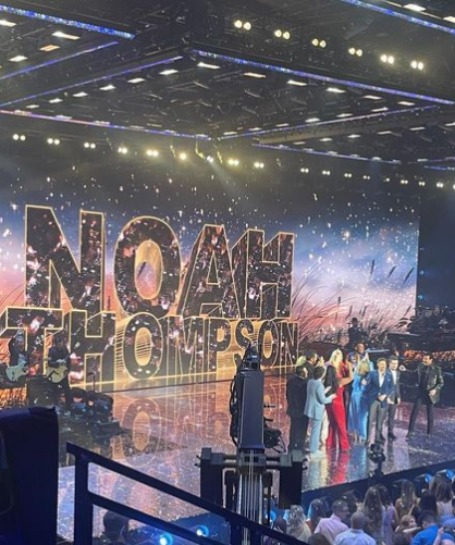 Thompson also confirmed that he would not be in that stage if  Arthur had not signed him up. In the audition rounds, the judge titled Arthur as Noah Thompson's angle, who showed him the right path.

In that round, Thompson sang 'Giving you up' by Kameron Marlowe, which touched the heart of all three judges: Katy Perry, Luke Bryan and Lionel Richie.

What is the relationship status of the American Idol Winner? Is he married or still single?

You will be shocked to know that 19-year-old Thompson is in a romantic relationship with Angel Dixon. The couple met each other in 2018 and lived together with an inseparable bond. The couple has a kid named Walker Lee.

Thompson talked about his girlfriend Dixon and their son walker throughout the ABC singing reality show. After being crowned, the only thing he wanted was to reunite with his family and friend, including his girlfriend and son. Presently  Thompson has returned back to his home. 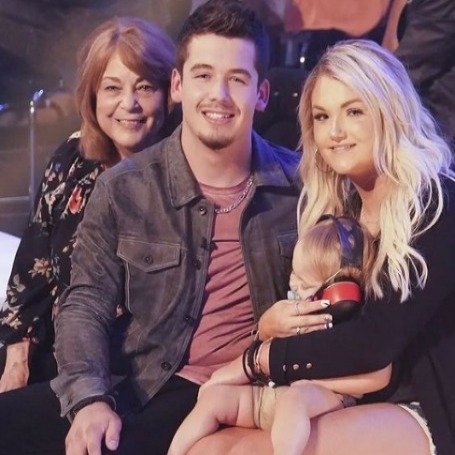 A day after the result of American Idol 2022 was revealed, Angel thanked all the fans and supporters who supported Thompson in his journey to becoming the winner with an Instagram post.

Net Worth and Source of Income

As you already know, before joining the American Idol, Thompson used to do construction work with his best friend Arthur and other co-workers. According to the Bureau of Labor Statistics, a construction worker in the United States earns an average hourly wage of $17.83, so we can assume that he used to earn money between that.

After being crowned the winner of American Idol, Noah Thompson got his hands into the prize money of $250,000. As of 2022, the American singer owns $100,000 net worth- a cut out from his earnings after tax.

Moving on to his income source, Thompson's main source of income is his singing career. Recently he participated in The American idol and was crowned the winner, which earned him a lot of money.

According to Fox Bussiness, In American idol, a participant gets around $1,303 per one hour show and the pay increase with the increase in the ranking of the contestant, So we can assume that Thompson was paid between that and as he was till the final his pay per show has considerably increased.