Home Gossip Who Is Ahn Hyo Seop's Girlfriend? His Relationships And Romance Rumors

Who Is Ahn Hyo Seop's Girlfriend? His Relationships And Romance Rumors 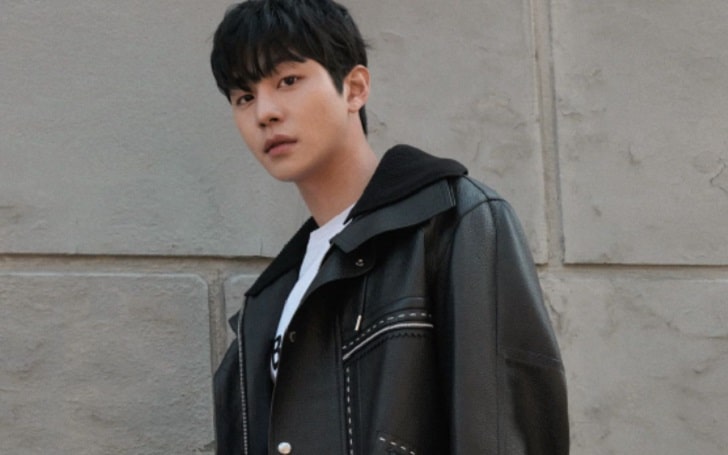 27 years old Korean-Canadian actor and singer Ahn Hyo Seop is one of the most loved celebrities who has been able to impress audiences with his outstanding works. One of his recent dramas may be A Business Proposal which aired on Netflix has dragged Seop into the rumors regarding his relationship with Kim Yoo-Jung, a South Korean actress.

There has been controversy regarding the relationship between Yoo-Jung and Seop. But both of the figures have not accepted or denied the gossip about their romance. So, their fans and followers are still eager to know if they are dating each other or not. Here's we've talked more about the Lovers of the Red Sky's actor.

As most of fans are eager to know if their favorite actor, Seop, is dating someone or not, there has not been any confirmed post made by the actor. But some of his recent Instagram posts have left many people confused, and have made fans compelled to think whether or not he is seeing someone. The romance rumors spread like a wildfire after he uploaded a picture of a lady on his Instagram. 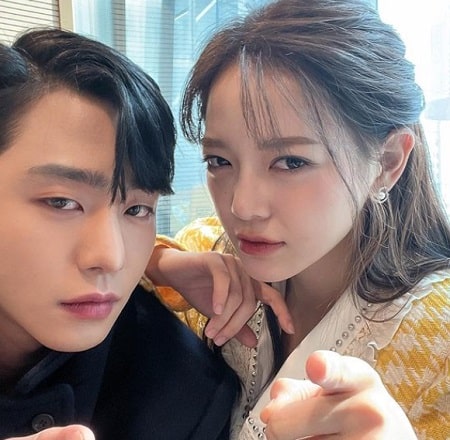 However, the confirmation regarding Seop's relationship status has remained a mystery for a long time. The talented actor may talk openly about this love life in the future and address all the ongoing rumors. Till then, we can follow him on Instagram, from where he makes regular posts about his daily life. In addition, his IG username is @imhyoseop.

As mentioned earlier, Seop is rumored to be in a relationship with Kim Yoo-Jung. Together, they have appeared in the same project Business Proposal. Apart from that, they have previously worked in Love Of The Red Sky. So, it's been a long time since the rumors between Seop and Yoo-Jung are around.

Apart from his link with Yoo-Jung, Seop was also linked with Park Ji Hyun. According to some online sources, a YouTuber admitted that the famous actor has been in a romantic relationship with Ji Hyun for five years. However, both of them haven't denied or accepted the claim.

Meanwhile, they met each other during an advertising photo shoot for a fashion brand in September 2017. During that time, Ji Hyun was reported to be dating broadcaster Cho Hang Ri. But they later broke up. After that, she began getting close with Seop, which created more confusion among their fans.

The confusion got more intense when Ji Hyun uploaded a picture of herself making Wellington beef on her SNS. And the Dr. Romantic actor had also posted a photo of Wellington beef. And netizens began comparing the images uploaded by both of them, and some of them confirmed that they were together.

The Korean actor (like Lee Min Ho) is counted as one of the most successful and wealthiest actors who has amassed a good sum of money from his professional career as an actor and singer. So, some online sources estimate his net worth to be around $1 million to $5 million in 2022.

So, it is clear that his hefty income results from his hard work and determination all along. Besides, he has worked in various big-budget movies, which have grossed a tremendous amount of money. In those projects, Seop has given a prominent role that must have paid him well.