Home Gossip After 9 Years Of Dating Jesse McCartney And Katie Peterson Got Married In A Romantic Ceremony!! Details Of Their Marriage Here

After 9 Years Of Dating Jesse McCartney And Katie Peterson Got Married In A Romantic Ceremony!! Details Of Their Marriage Here 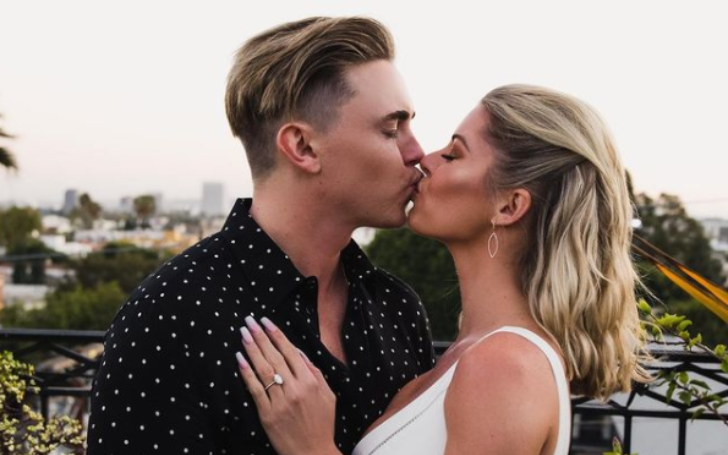 All My Children star Jesse McCartney and Step Up Revolution star Katie Peterson exchanged their wedding vows in a romantic rustic-chic ceremony. The wedding took place at the Santa Lucia Preserve in Carmel, California.

The couple got engaged in September 2019 after dating for 7 years. They even spent their quarantine together during the Covid-19 pandemic and made silly TikTok videos entitled "The Quarantined Couple".

The couple's pup Bailey served as a flower girl and the groom's brother was his best man.

The singer-actor was rocking a black Brioni tuxedo paired with a cream-colored shirt while the bride was clad in an off-shoulder Galia Lahav couture dress with champagne-colored Jimmy Choos. 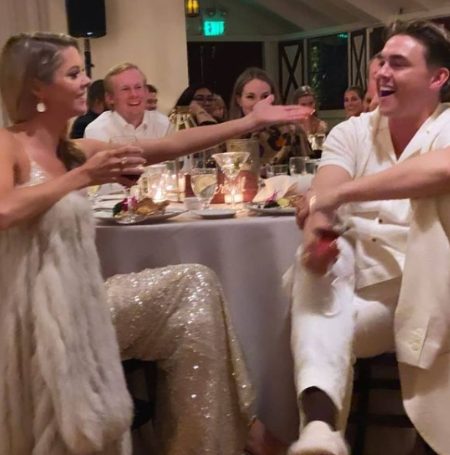 The wedding was attended by a total of 147 guests which include family members and close celebrity friends like singer Hunter Hayes, Jonathan Sadowski, Paul James, and Jacob Zachar.

The romantic wedding was held outdoors and later moved to a barn-like space for the reception party at night.

During the reception, the singer sang "Party of Two" backed up by a band. He wrote the song while proposing Peterson back in 2019.

In an interview with People, Jesse opened up about a special moment saying:

"I think that moment of settling in at the altar and just watching her come down is going to be pretty special and having our families there and witnessing all of it…It's hard not to be romantic about that portion of the night."

He added: "At this point, everything feels like it's clicking into place, I'm looking forward to a whole new stage."

According to a source, the couple is planning a spring honeymoon.

When Did The Couple First Met? Who Popped The Question?

The lovebirds first met in a bar where Katie was working at the time in 2012. While the singer was there to celebrate one of his friend's birthday, he noticed Katie and began talking.

Although the sweet talk didn't quite win over Peterson, McCartney left a note with his name and a number with high hopes. Eventually, Katie responded and the pair went on an official date night at a steakhouse in Beverly Hills.

The date nights later turned into a seven-year-long relationship and the Beautiful Soul singer popped the question in September 2019 amidst family and close friends. 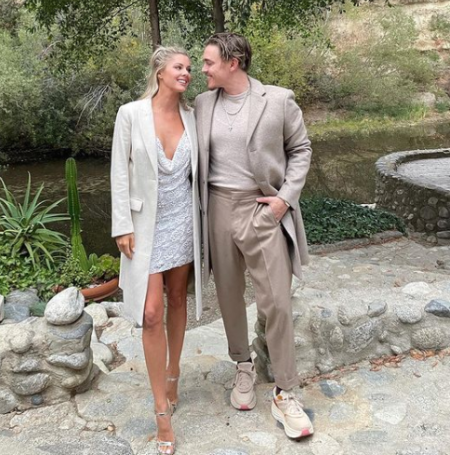 CAPTION: McCartney and Peterson began dating in 2012 and got married after 9 years in 2021 SOURCE: Instagram @jessemccartney

As per the source, the couple celebrated their engagement with about 25 guests including her father. They enjoyed food by Chef Steve Martorano at CUT by Wolfgang Puck at the Beverly Wilshire hotel in Los Angeles and spent the night celebrating.

A while back, Jesse talked about their love life and said:

"I knew that we just had this effortless way about each other and everything that we did just seemed like it was so easy…We just have a good flow. She knows when to push, she knows when to pull, and vice-versa."