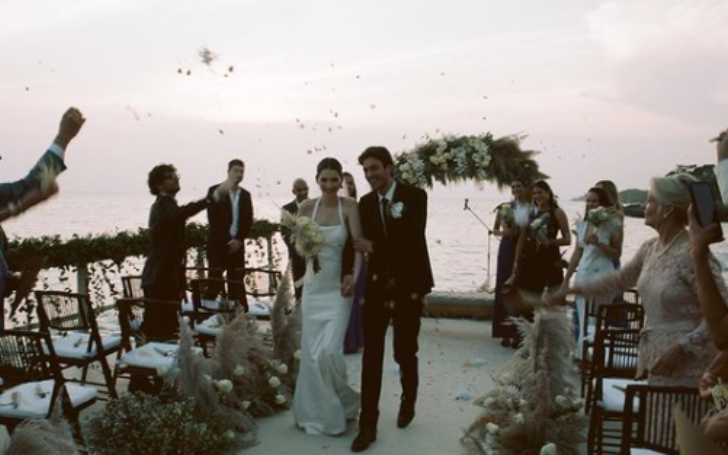 Just two months after the engagement announcement, Meadow Rain Walker and Louis Thornton-Allan exchanged their wedding vows in a very private ceremony on the oceanside.

She was walked down the aisle by her late father's co-star Vin Diesel who is also her godfather. Although the wedding video was posted on 22nd October 2021, the exact wedding date is yet to be confirmed.

The 22-year-old model and upcoming film star Louis announced their wedding on 22nd October via Instagram. Meadow announced the big news on Instagram with a black and white video from the wedding which she captioned "We're married!!!!".

In the video, we can see her walking down the aisle with Diesel and also hugging her loved ones including Jordana Brewster. 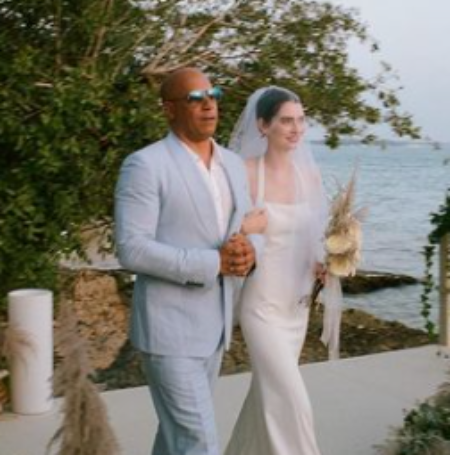 In another post, she and Louis are seen holding their marriage certificate and celebrating their big day with family and friends.

Rain was clad in a bespoke Givenchy couture wedding gown featuring a halterneck. She completed her wedding look with Tiffany & Co. jewelry. Similarly, Louis was rocking a black tux.

As per reports, the wedding ceremony took place in the Dominican Republic oceanside and the after-party was in New York.

After the big news was announced, several celebrities, friends, family, and thousands of fans have flooded the comment section with congratulations and good wishes for their new chapter of life.

The newlyweds confirmed their relationship in July 2021 after Thornton-Allan posted a picture of them with the caption 'my best friend'.

Similarly, Meadow also shared a picture of them in her story with the caption "My love" followed by a video of her holding Louis' face.

Two months earlier, Louis popped the question during their desert gateway during the weekend of 7th August 2021. 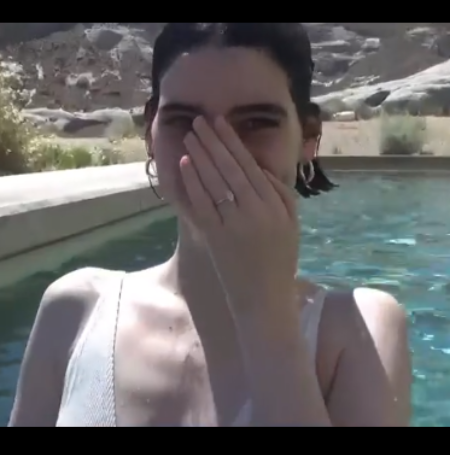 CAPTION: Rain and Louis got engaged in August 2021 during their desert gateway trip SOURCE: Instagram @meadowwalker

Shortly after on 10th August 2021, Rain posted a video of her in a swimming pool showing off her engagement ring. Allan even commented on the video "Always and Forever".

The model is currently signed to DNA Models and made her career debut in Milan Fashion Week. Similarly, she recently opened Givenchy's show at Paris Fashion Week.

On the other hand, Louis is currently studying acting in Stella Adler Studio of Acting and pursuing a career in the entertainment industry. Most recently, he starred in the music video of Blue DeTiger's "Vintage".