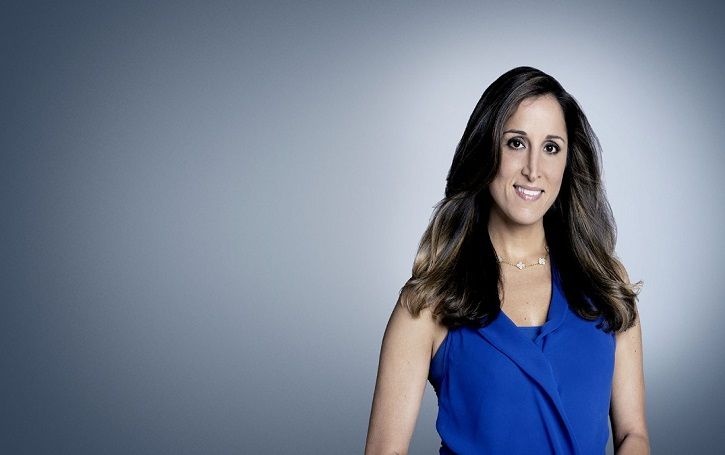 Yasmin Vossoughian is an American journalist and host born on 5th October. She is presently the correspondent of the HLN since May 2014. Vossoughian who is a graduate of the Occidental College is married to Whittaker Lindsay Clifford.

She is a Libra and is one of the few journalists in the world who takes criticisms at the best- laughing at it, owning up the mistake and apologizing for it.

Yasmin Vossoughian was born as the youngest daughter of Dr. Ahad and Shamsi Vossoughian in New York. A high school graduate of Northfield Mount Herman School, Yasmin went on to do her under graduation in History and Economics.

With a minor in theatre from the Occidental College in Los Angeles, CA. Alongside that, she also studied broadcast journalism at the New School in New York City.

Additionally, at the naïve age of 16, Yasmin was the youngest intern on Capitol Hill for Benjamin Gilman; a former Congressman. Right after graduation, Yasmin went on to work at the E! Entertainment Television as a production assistant.

Right after starting her career with an Entertainment television Yasmin further went to become a producer for the Style Network. During that tenure, Yasmin got her first on-air job at DTV which was a German-based internet TV.

It was in this period Yasmin got to cover major events of the world which comprised of the New York City Mayoral Race and the 9/11 terrorist attacks. In addition, she also got to interview many celebrities of Hollywood including Tom Cruise, Robin Williams, Salma Hayek, and Sasan Sarandon.

After working for the Style Network she went on to be a correspondent for the Current TV. Very interestingly in her first assignment she went all the way to Tehran all by herself and made a documentary on the underground youth culture there.

Right from editing to the reporting and shooting- everything was done by Yasmin all alone and it was because of this very work she was awarded the CINE Golden Eagle Awards in 2006.  She also got associated with the AOL where she worked as a host and producer for live news and entertainment program.

Presently she works as a host and producer for the HLN from May 2014. Her works are much appreciated by the audience, employers, and co-workers who thoroughly enjoy her shows to full-length.

Yasmin who is fluent in French and Farsi has covered the news of the destruction caused by the hurricane Sandy. Along with that, she has interviewed worldly famous leaders including Newt Gingrich in Washington DC, Madeleine Albright in Qatar.

In addition, she covered issues like the victims of West Africa from HIV/AIDS and Malaria, an expert in water filtration and environmental protection in Singapore and Fatah youth in the West Bank.

In June 2016 Yasmin got married to her longtime boyfriend Whittaker Lindsay Clifford in a quiet affair. Clifford is a businessman who looks after his family business – Clifford Associates Inc.

It is also believed that it was during this wedding Yasmin was already pregnant as there was a baby bump being revealed from her wedding gown. The couple is expecting a child in the early week of November. 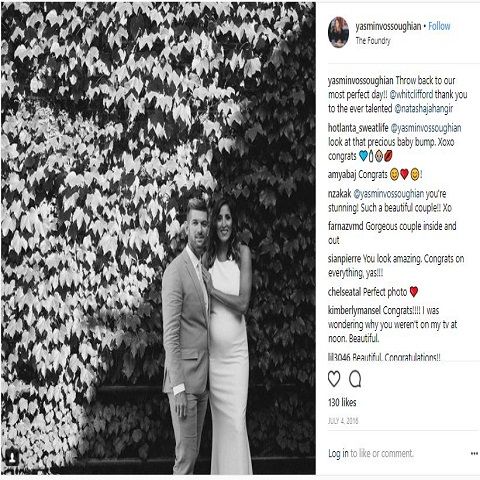 The new #happyhour...who's the spastic guy in the corner? There's always that guy. #azurvossoughianclifford

On May 13, 2018, Yasmin posted a picture of her with her first son revealing that she is expecting BABY No. 2. Yasmin is now pregnant and will be welcoming her second child in August.

On this Mother’s Day I told him he was having a sibling and this was his reaction. Oh well...baby #2 due in August!

Yasmin has never got into such a big controversy as such but she was ridiculed by the audience for calling a group of rhinos as giraffes. She is also made fun of because of her nose but Yasmin takes all of it in a healthy way.

Additionally, a Twitter personality who is very famous as @Fart made fun of Yasmin too. Yasmin is an avid yoga and dog lover.