The term WWE is very much familiar to everyone, I guess. There might be very fewer people who do not watch or know about it. While watching WWE, you might have known a wrestler Stone Cold. The real name of Stone Cold is Steve Austin. How many of you are familiar that Steve Austin married Kristin Austin after three divorces?

We all know that Steve Austin's professional life is extremely successful. But when we turn the pages of his personal life, then it seems like he is not successful in it. The WWE legend Steve Austin has married four times, and sadly he is divorced thrice.

Yes, it's true; Kristin Austin is his fourth wife. At the moment, Steve is living with his fourth wife Kristin in Texas. The couple tied the knot in 2009. It's been around seven years that the couple is happily enjoying their marital life and is now living together. 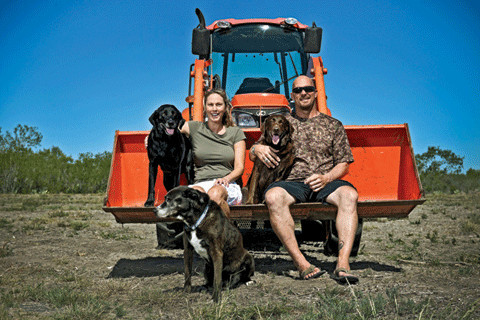 If we go through Steve's official Instagram account, Steve is a dog lover. Steve and Kristin are happily living together with their three pet dogs. Have a look. 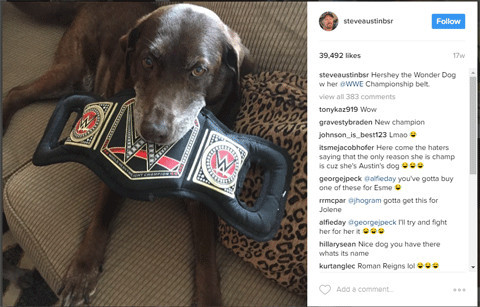 The superstar Steve has already gone through three marital failures. Steve first married Kathryn Burrhus in November 2009. The couple happily shared their marital life for around one year and nine months but could not continue their marital life furthermore. Just after getting married for a year, the couple divorced in August 1992.

What can be the best when you got to spend your life with the one who shares your profession? It is said that their relationship will go longer, but it was not the same in Steven's life. Just after a month of his divorce with his first wife Kathryn, he started dating British wrestler Jeannie Clark.

Jeannie Clark and Steve Austin dated for a year and then tied the knot in December 1992. Their common professional life might the reason for their six years of successful married life. The couple was blessed with two children, Stephanie Austin and Cassidy Austin. The couple after sharing six years of marital life got divorced in May 1999.

In the same year of divorce with Jeannie, Steve got married to American actress Debra McMichael on 6th December 1999. Just like previous marital life, Steve and Debra's marital also did not work out. After living together for three years, the couple got separated in Feb 2003. 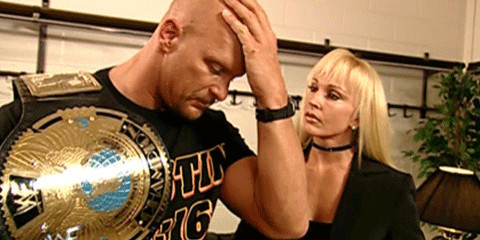 Despite the marital life, Steve has dated American actress Tess Broussard. The couple started dating in 2003, the same year Steve and Debra got divorced. Their relationship also did not work out, thus got separated after dating for a year and seven months in August 2004. 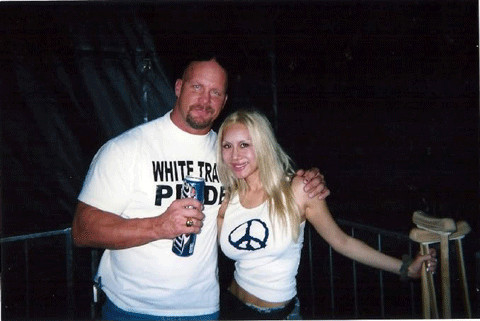 After all those three marriage failures and numerous link-ups, Steve Austin is happily living with his wife, Kristin Austin. The couple is fully spending time with each other with their pet dogs.