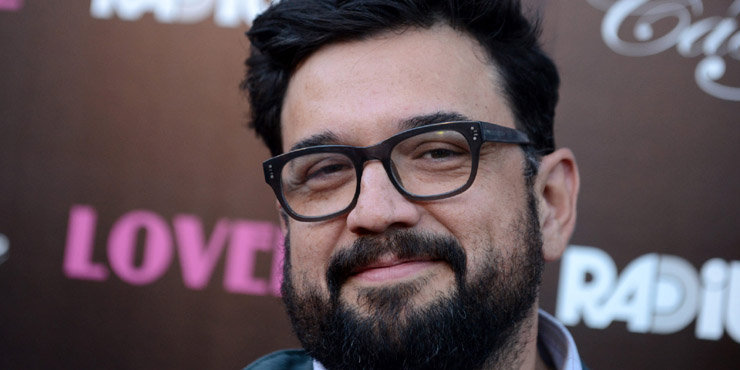 Horatio Sanz, who is best known as a cast member on Saturday Night Live from 1998-2006, shocked everyone by losing extensive amount of fat from his body back in 2008.

Sanz during his appearance on Late Night with Jimmy Fallon back in June 2009 admitted that the main reason behind the weight loss besides the exercise session was his commitment to leave the alcohol. He claimed that he was able to lose much of his weight only because he stopped drinking alcoholic beverages.

That might be the reason why the Chilean American actor lost weight and turned into a dashing man. But, there are several who are now claiming that the real reason behind Horatio taking on the task of losing his body fat was his beautiful wife Jenn Schatz.

Many people claim that if it was only for him then Sanz would have hardly lost a pound from his body. But the man found his inspiration in his loving wife. Schatz was the one who pushed him forward to face the weight shedding challenge or that is what people say. Mrs. Sanz encouraged and motivated her husband to work out and maintain a healthy diet. After all, women are the in charge of the kitchen, aren’t they? It is said that Schatz took care of his diet and made sure that he didn’t eat anything unhealthy, knowingly or unknowingly. So many of Sanz’s fans give the full credit of his achievement to his wife.

The comedian who was often criticized for his excessive body weight made his first public appearance after a year in November 2008 after shedding almost 100 pounds (45 kg). It was surprising how an obese guy like him lost around 50 kg weight within a year. It must have been really hard for him to give up all the tasty junk food but it was worth losing his junk.

The Saturday Night Live actor and comedian admitted then, "I’ve been eating better.”

Sanz added, “I’ve been trying to come up with a joke about how I’ve lost weight and I was going to say, 'I stopped putting nuts in my sundaes.'" He also said, "I never weighed myself when I was at my fattest, because I was scared I might die'." The SNL star revealed how he had been working out for hard to gain a healthy body and his commitment to continue it in future as well has resulted in his new avatar. The famous comedy actor who attributes the work out session seemed very proud of his slim and fit physique.

The comedian who recently dissed SNL for being more conservative started his own podcast on the Earwolf podcasting network called The Hooray Show which he promotes on Twitter. He is extremely private about his personal affairs so there are not much information about him and his wife’s relationship. We don’t know when the couple got married and we are also not so sure whether they are still together or divorced. But we do know that the actor’s true inspiration was his wife.

If the pair are still happily married then we wish them all the best and if they have separated then we hope that he would find a suitable girlfriend for himself.