Who is Sameena Ali-Khan? Is she still Single or Married? Know her Affairs and Relationship

Sameena Ali Khan is a presenter for ITV News Central and one of the brave reporters on the site of 9/11. So it would not be wrong to say that reporters are not much less than a celebrity. Beautiful Khan is already married and is a mother of two children.

On top of being a brilliant reporter, Sameena is a wife and a mother of two children.  Here we present you the personal and professional life of Sameena in detail.

As you already know Sameena Ali-Khan is a well-known TV personality and host as it has been more than 28 years in the field of journalism. The main presenter for ITV's News Central had already interviewed many interesting personalities on her shows like Duke of Edinburgh.

On May Sameena also hosted the Fusion Awards, 2017 that took place in Blackburn. Also, she also presented awards organized by PukaarNews. 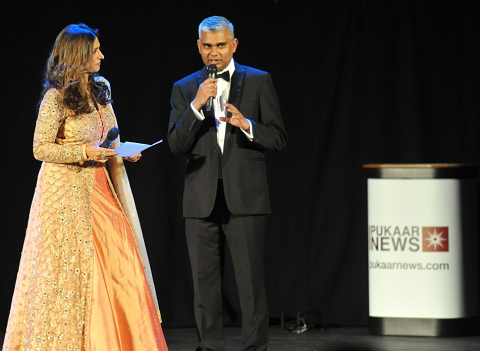 Later the year, the successful reporter also shared a tweet which said that she was returning to host BCtalent3Years at Molineux Stadium on October 12, 2017. 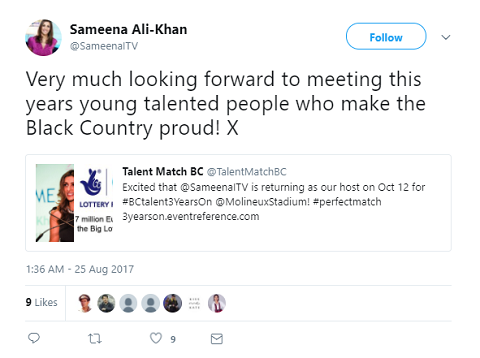 Although Sam started at a local station, Sunset starting in the year 1989 she got her big break working as a travel reporter at BBC Radio Lancashire. Following this, she worked in several shows such as BBC GMR, BBC Asian Network, BBC WM, and BBC London.

Sameena Ended up In Journalism By Accident

On an interesting note, Sameena Ali-Khan entered into the journalism field by accident. In fact, she first visited Sunset, a local station just for passing the time as she was free on Wednesday afternoons while she was still studying in her university.

"I just went for the hell of it to see what it was like and I then ended up going every Wednesday."

During her visit, Sameena had the opportunity to learn how to drive a desk and play records. Not only that, but she also learned to control the whole system both on and off air.

However, the gorgeous news presenter was initially interested in medicines but could not pursue her career in medicine. Since her maths qualification of college was less than required to enter the medical college. So now she hopes her children would fulfill her dream. 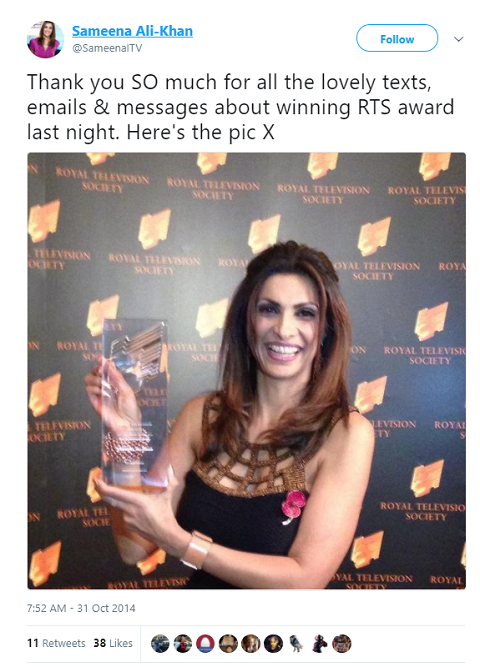 This is how she ended up in journalism. Sameena also received many awards including the RTS Best On Screen Personality in 2010, Internal News Group Best News Feature 2011.

Is Sameena Ali-Khan Single or Married?

According to her blog, she is married and shares two children with her husband. That being said, Sameena, however, has not shared her husband's name. But a source said that Sameena has an 18-year-old son, Dhanyal Ali Khan and an eight-year-old daughter, Sienna Ali Khan. 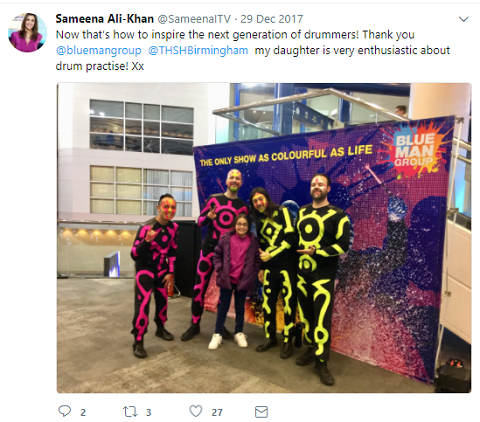 [ CAPTION: Sameena twitted about her daughter being a drum enthusiast][ SOURCE: Twitter ]

On several occasions, Sameena even had the time to take her children to her workstation to give them a view of how their mum's workplace looks like. 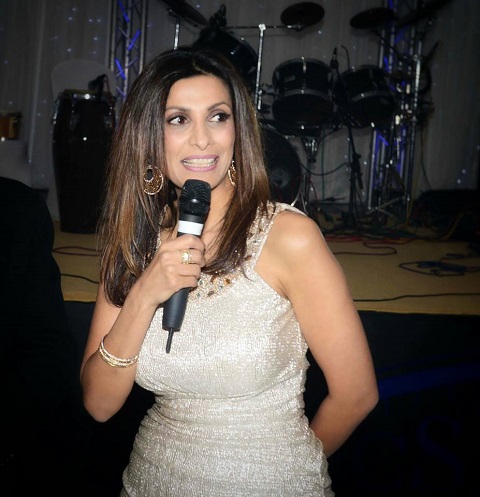 So what we can gather from that is she takes the privacy of her family very seriously and wants to keep her family away from the spotlight.

There is no detailed information on her married life either, but she shares on her website that she loves to spend time with her family whenever she is free.

Also, Sameena on top of being a foodie enjoys cooking swimming and shopping.  The beautiful reporter also co-authored a novel for Mills and Boon along with her husband.