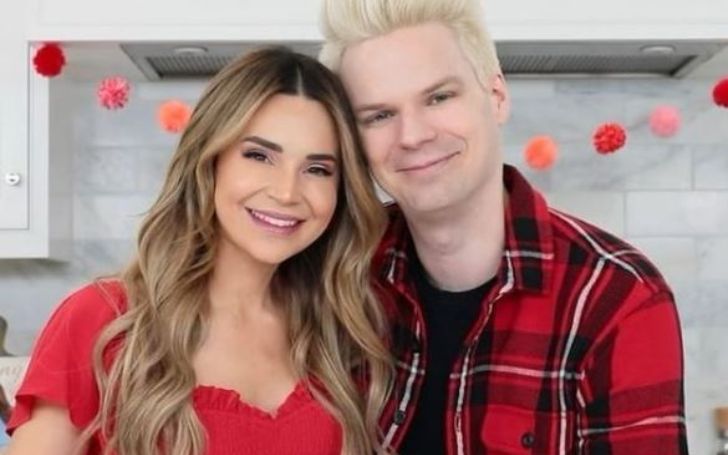 Rosanna Pansino is a Seattle-Washington-born YouTuber and actress famous for creating and hosting the internet's famous baking show, Nerdy Nummies. Since 2009, she has been successful in various fields as a singer, producer, and author, but what about her personal life?

The YouTuber is currently in a relationship with Mike Lamond, aka Husky. And as the couple has been together for a long time; there are rumors of their engagement and a possible wedding in 2022. Is it true? Find out here.

The couple worked together for over a decade and eventually fell for each other. Though the duo has been dating since 2013, their relationship was internet official only in 2018. 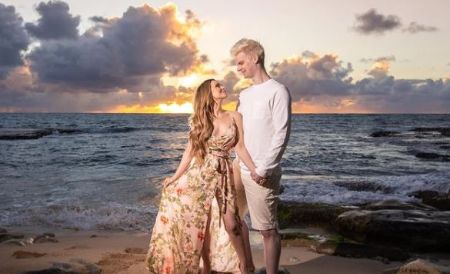 In 2019, Rosanna shared a video on Valentine's Day and revealed how and when they began their relationship. Since then, the duo often posts their cozy pictures and video on social media platforms for their fans to see.

In recent days, a few online sources claimed that the duo is engaged and set to start a life as a husband and wife; however, there is no official confirmation. The pair is quite coy about their personal life and has not commented on the rumors.

As of now, it seems like we have to wait a little longer for their magical wedding. Their fans are desperately waiting for the day. In the meantime, the duo is enjoying their blissful relationship.

Prior to Husky, Nerdy Nummies creator was dating an actor Josh Sussman. Her name with The Wizards of Waverly Place star was linked in 2015.

Pansino was born on June 8, 1985, in Seattle, Washington, the United States. Her parents and grandmom raised her alongside her sister Molly Lu. During her childhood, she battled with dyslexia.

The 36-year-old was always into acting; she moved to Los Angeles to pursue her dream of an acting career. With not so much success in the acting field, the women of all-season took the help of social media platforms to achieve success in the entertainment field.

She created her self-titled YouTube channel back on April 8, 2021. Currently, the channel has over 13.3 million subscribers and 3.5 billion total views. 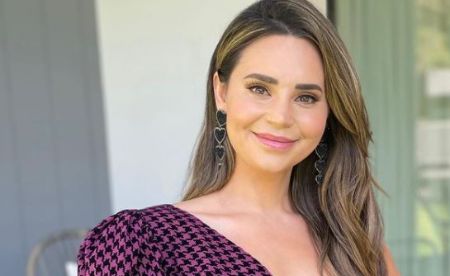 As per Forbes, the versatile figure is one of the highest-paid women on YouTube who has an estimated net worth of $9 million as of early 2022. Likewise, she was in the No.1 position on 2017's "Top Influencers: Food" list.