Legendary Actress Raquel Welch-Detail About Her Personal Life And Career

Raquel Welch is an  American legendary actress, singer, and model. She is internationally famous as Cora Peterson in Fantastic Voyage and as Constance Bonacieux in The Four Musketeers.

Although the actress-singer has found fame and fortune in her professional life, she is not that lucky when it comes to her love life as she has been married four times. Here, know everything about her relationship with her high school sweetheart to Pizzeria owner husband. Find out if she is still married?

The 81-year-old has been married and divorced for four-time as of 2021. She first walked down the with James Welch. The high school sweethearts married on May 8, 1959.

Raquel then exchanged wedding rings with Patrick Curtis on February 14, 1987. She split with her producer husband on January 6, 1972. Her third husband André Weinfeld is a director. The duo was married from 5 July 1980 to 27 August 1990. 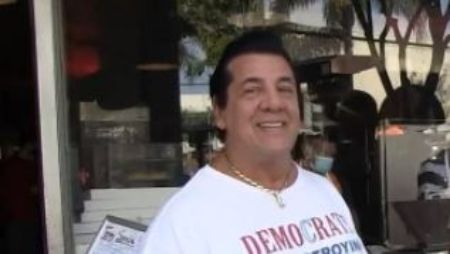 After facing back-to-back three unsuccessful relationships, Welch said ‘I do' to Richie Palmer on July 17, 1999. Her fourth spouse who is a Mulberry Street Pizzeria owner is 14 years younger than her. Unfortunately, their marriage also did not work and they divorced in 2004.

After her four failed weddings, The Four Musketeers actress decided not to remarry anymore. Since then she has been happily leading a single life. As of 2021, she currently resides in Beverly Hills mansion, worth $4 million to $5 million which she purchased in 2001.

Jo Raquel Tejada was born on September 5, 1940, Chicago, Illinois, to parents Josephine Sarah Hall and Armando Carlos Tejada Urquizo. Currently, her age is 81 and she stands at the height of 5 feet 6-inch or 168 cm tall. 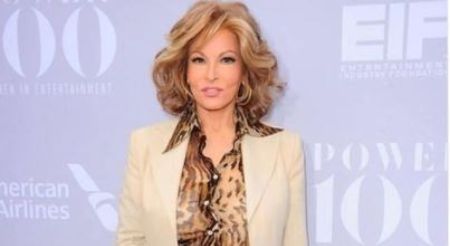 Talking about her education, she attended La Jolla High School and San Diego State University. At the age of 7, she began her professional journey in the entertainment industry with her passion for ballet.

After practicing ballet for a decade long, Illinois-born left it because her instructor said she didn't have the right body for it. Starting her acting career in 1964, she is recognized for her roles in Fathom, 100 Rifles, Myra Breckinridge, and Hannie Caulder. Besides that, she is a businesswoman. The face of MAC Cosmetics 2007, is successful in the beauty industry with her wig line HAIRuWEAR.

Raquel Welch is believed to have an estimated net worth of $40 million as per Celebrity Net Worth. Back in 1972, she earned around $150,000 from Bluebeard.