Home Gossip Who is Paige Hyland's Boyfriend? Know her affairs and relationships too

Who is Paige Hyland's Boyfriend? Know her affairs and relationships too 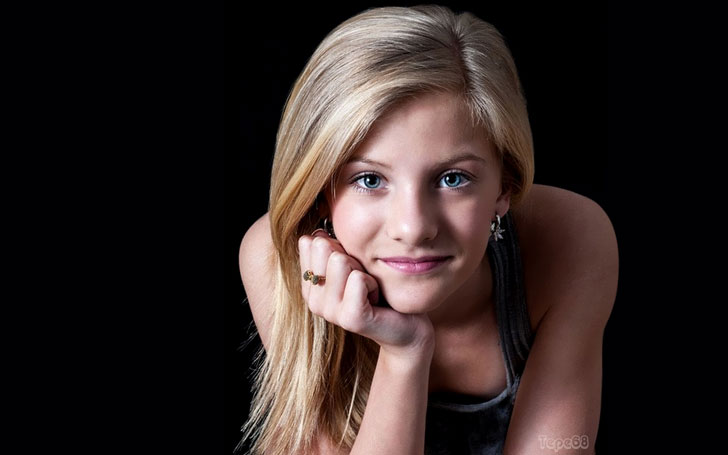 Paige Hyland is an American dancer popular for her Jazz and theater dancing. Paige made her recognition among the public with her appearance on Lifetime's Dance Moms; came 1st on episode 7 of season 2. Here, know who is Paige Hyland's boyfriend.

Paige just crossed her 16 in last November and she already gained a huge fame that a normal person expects in his whole life. She frequently keeps her pictures with boyfriend on Instagram; confirms she is openly in a relationship with him.

Who is Paige Hyland's boyfriend? When did they start dating?

The Pennsylvania-born dancer and YouTube celebrity Hyland is currently dating with her longtime boyfriend Nick Kelley. However, they haven't announced their relation publicly and it's still unknown when the couple started dating. 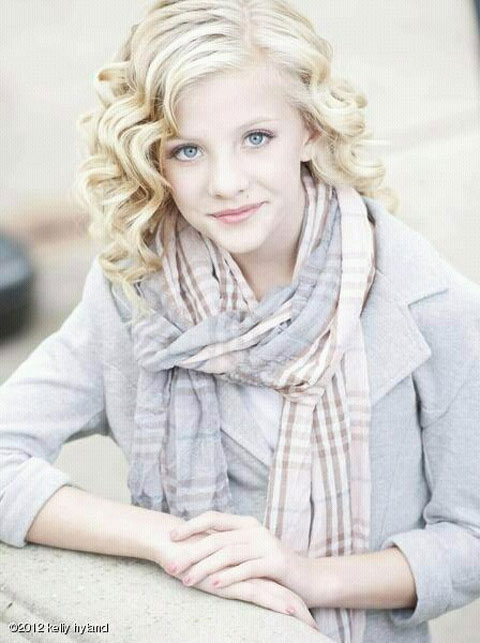 Well, upon seeing their Instagram updates, we found out that they've been dating even before 2015. We can see their pictures since June 2015 where they have openly expressed their love towards each other in the caption and in comments as well.

On dating for over two years, the couple undoubtedly spent a lot of romantic moments and quality times together. Paige and Nick enjoyed their togetherness both inside their houses and outside. Relying on their posts, we can say that they often chose some romantic and solitary spot for their dating. 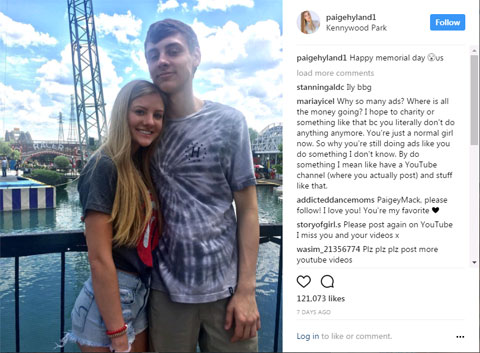 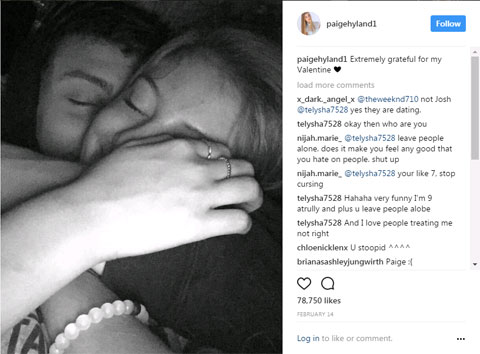 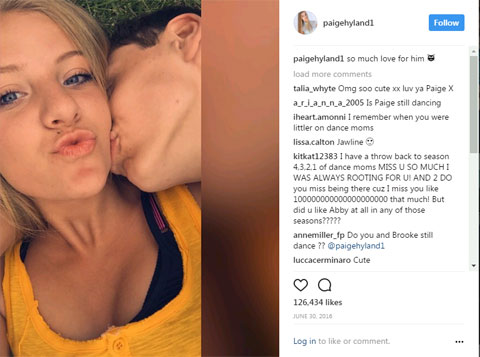 As per the source, she also dated a boyfriend named Mikey Evans.  But they both didn't confirm the rumor; neither they denied.

Paige Hyland's other relations and affairs

Well, the media doesn't peek at her personal life frequently so we don't have more facts about her other affairs. But wait a minute, something from her Instagram can be taken out indicating her hook up and so.

The Dance Mom participant Paige seemed to have remained in an intimate relation with Anthony Cecere during July 2016. She also kept her time with him on her Instagram. She appeared in a blue bikini, while Anthony was in a colored short and bare chest.

After her post, people started making their speculation if they were dating. Some of her fans and followers also expressed their curiosity even in the comment. Have a look at the particular post.

Except for that little stuff, she built no more relation. As she is pretty young, she didn't even get enough time to have a number of affairs. 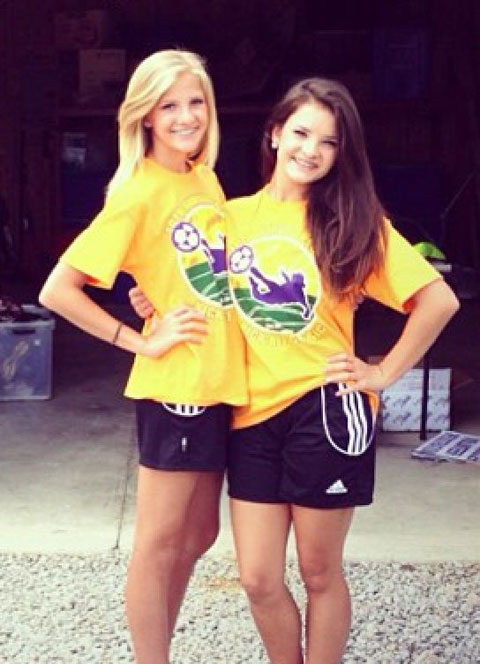 Besides her love life, people also want to know what she's up to lately after appearing On Dance Moms together with her sister Brooke Hyland. Well, she is currently working as a YouTube personality with her channel named PaigeHyland.

Now, we have to see in which direction the Paige's and Nick's relation goes. Will they marry each other in the future? Perhaps, we've to wait for years to know about it.