Home Gossip Who is Madeleine Mantock? Who is she Dating Currently? Know her Affairs and Relationship

Who is Madeleine Mantock? Who is she Dating Currently? Know her Affairs and Relationship 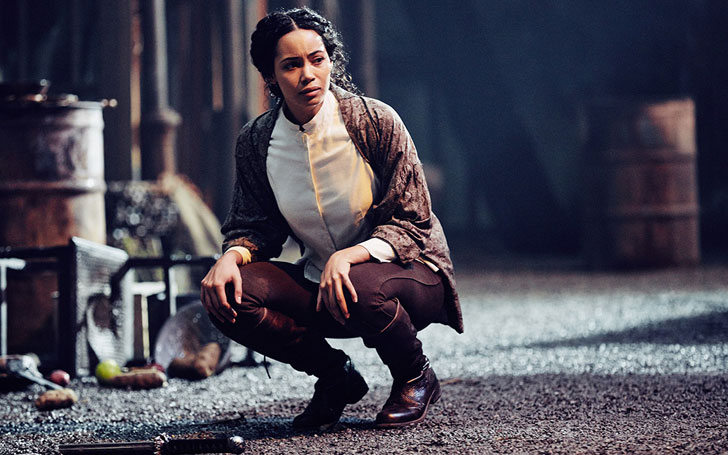 If you have watched AMC's Into the Badlands, you might have noticed Veil, a beautiful and bold character. Yes, we are talking about the English actress Madeleine Mantock.

She is smart, intelligent, gorgeous and unlike most of the celebrities, prefers to keep her personal life off the grid. But here, we have been able to get some info on her. If you don't want to miss out all her secrets, stay with us.

As already mentioned, Madeleine Mantock keeps a low profile and rarely discusses her personal life in the media. So she officially has not declared if she is single or dating anyone.

However scrolling through her Instagram pictures, we can take a guess that the Edge of Tomorrow star might be dating someone. Like here's one. She shares a picture of heart-shaped rose flowers with a caption, 'If I had a flower for every time I thought of you...I could walk through my garden forever'.

"If I had a flower for every time I thought of you...I could walk through my garden forever." - Tennyson ????

So who is the secret lover? There were rumours that the 27-year-old actress might be dating The Tomorrow People co-star, Robbie Amell in 2014 who plays the character of Stephen Jameson. But the rumours died even before they started as Robbie confirmed that he was already committed to someone else.

She is most probably dating a guy but to know about him, we don't have any other option but to wait for her to be confident enough to reveal details of her personal life.

Even though Mantock has not revealed her current status she has shared details about her previous boyfriends, not their name, of course. According to a source, she dated guys belonging to her ethnicity only and still keeps in touch with her former boyfriends.

Okay, then the Casualty star had more than one boyfriend and they were all black. Does that mean she does not want to date other men? Relax guys! On one occasion she told that guys outside her community are also welcome. Yay good news! So what are other qualities Mantock wants in her dream man? One is she prefers a guy of British essence, for instance.

Currently, she is busy with her new series, Age Before Beauty as the lead role, Lorelei. Maybe that's also why she has got no time for love except for her career at the moment.