Home Gossip Who is John Wall dating currently? What about his affairs?

Who is John Wall dating currently? What about his affairs? 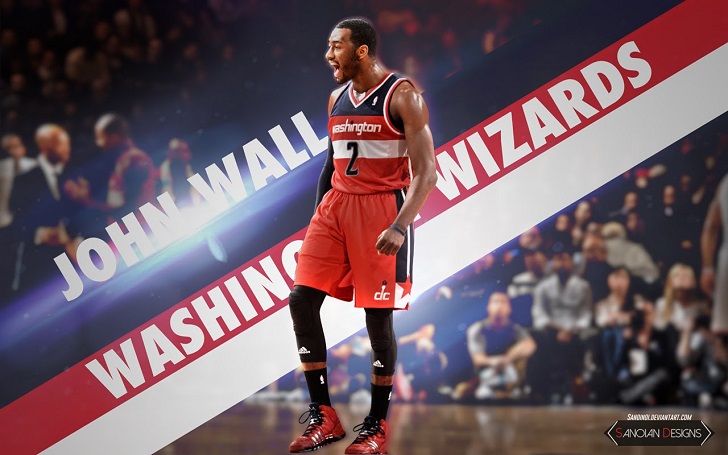 If you are a regular follower of NBA then you must be familiar with the name John Wall. He is an American professional basketball player who plays for the Washington Wizards of the National Basketball Association (NBA).

There are different types of people some make excuses and some wait for the good result. John Wall is among them who waited for the good result by learning, studying, sacrificing and mostly loving his career. Besides John career, his fans are eager to know about his relationship. Is John Wall married or dating someone? To know about this facts stay with us.

What Is John Wall Relationship Status?

As Wall is often asked about his personal life, he once revealed that " I choose to stay single for the time being because I wouldn't be faithful right now".

Being quite honest in an interview, the 31 year old seems happily leading a single life at the moment. It's been quite a time, neither he is spotted with anyone in public nor there are any news or rumors related to his personal life.

Scrolling his social media, the NBA player was caught enjoying his days posting a photo on his Instagram account writing a caption: 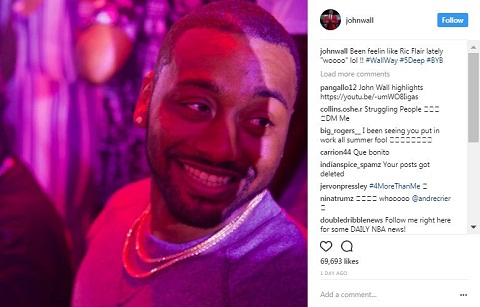 Wall's relationship status is quite confusing as of May 2022. John had been linked with different celebs till his last relationship to date i.e. in late 2015. Witnessing his success, it is assumed that he has no any off season and is really working hard to make his career more big rather than getting involved in any kind of relationship.

Is John Wall Secretly Married? More On His Past Affairs

As per sources, a five-time NBA All-Star was allegedly married in the past; however, all the details regarding his wife, wedding, and marital life is missing. Various news claimed that, he tied a knot to his former-partner, Shante, as he welcomed his first child, a son, Ace Wall in Decem ber 2018 along with his then "secret wife".

In the year 2020, John made an announcement saying he was again going to be a father. People started speculating that the second kid also was his and Shante's child; however, the former partners have never spoken about it. His another son, Amir Wall was born in May 2020.

Likewise, the 6 feet 3-inch tall NBA player's name was linked with Haxel Reene, Kash Barb, and Ella Mai (British singer). As per Hollywood Mask, there was a news that Wall was in a romantic relationship with his old girlfriend Ellane whom he met at one of the night clubs in DC where she was serving as a bottle girl. As per April 2021 report, it was said that the duo were dated in the year 2020 while his then lover Ellane was still in a relationship with a guy named Kyrie.

Further, the news revealed that the pair used to travel to various places inorder to spend quality time with each other. Ellane was said to diagnosed with COVID-19 and the basketball player even flew her to different cities for her treatment.