Home Gossip Who Is David Harbour's Wife? How Is His Married Life Going On?

Who Is David Harbour's Wife? How Is His Married Life Going On? 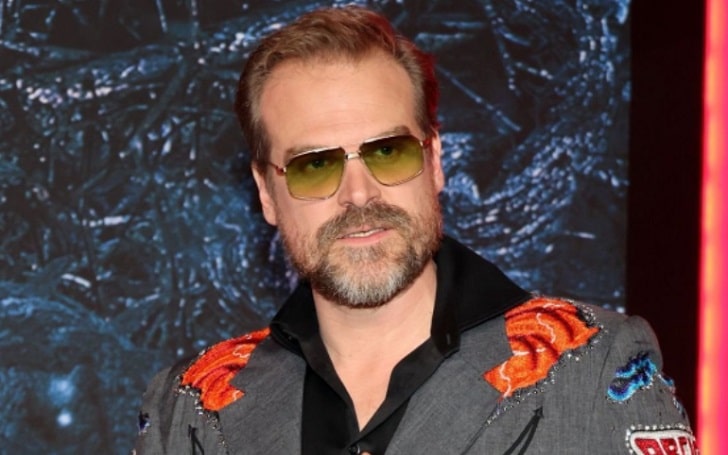 Netflix held the world premiere of Stranger Things 4 Saturday night (May 14), screening the first episode of the streamer's anchor series for cast and crew members. The earliest reactions are overwhelmingly positive and perfect. Many actors and actresses appeared at the premiere, and David Harbour, with his wife, Lily Allen, grabbed people's eyes.

The 47 years old actor turned all the cameras into him when he gave a sweet kiss to his wife on her head. Besides, the series will debut its season 4 episode on May 27, while the remainder of the season will be released on July 1.

The Stranger Things actor and Allen has been spotted together on several occasions before confirming their relationship at events like the Screen Actors Guild Awards. The lovely pair has officially cemented their romantic relationship by marriage. 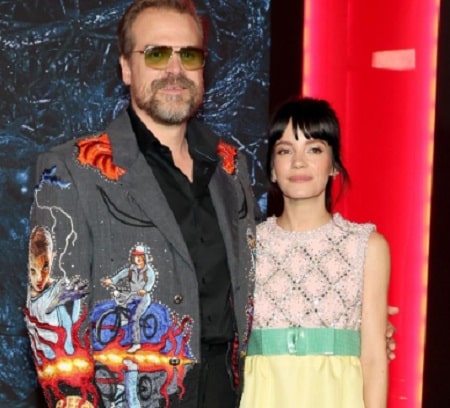 CAPTION: David Harbour with his wife Lily Allen in the premiere of The Stranger 4 SOURCE: Twitter @theriseofren

The cute couple exchanged vows in an intimate ceremony held in Los Angeles in September 2020. A day after receiving their marriage certificate, the Clark County Clerk Registrar's office tweeted a photo of their ceremony.

Both of them are in deep love from the beginning, but the actor was not ready to marry during the Covid-19 pandemic. While appearing on Jimmy Kimmel Live, the award-winning actor revealed that he had changed his mind and made it official with the singer due, in part, to some accidental advice from Allen's two young daughters, Marnie and Ethel.

Moving onwards, Lily Allen is one of the most loved English singer, songwriter, and actress, who is also known as the daughter of actor Keith Allen. The 37 years old singer started her career in 2005 when she made some of her vocal recordings public on Myspace, and it publicly resulted in airplay on BBC Radio 1 and a contract with Regal Recordings.

Before marrying the prominent actor, Allen previously dated multiple men and was also linked to various controversies regarding her relationships. In September 2007, she started dating musician Ed Simons, and in December of the same year, it was revealed that they were expecting their first child. 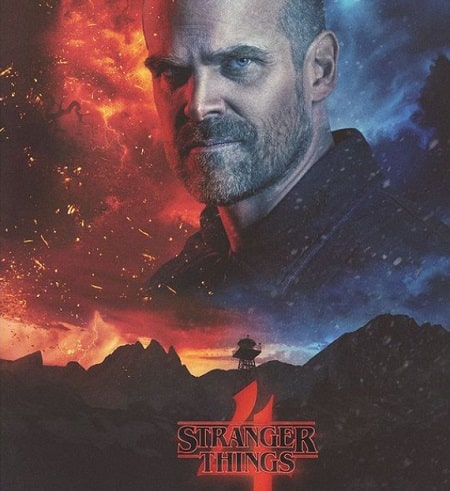 CAPTION: David Harbour is a cast of The Stranger season 4 SOURCE: Twitter @STLady011

And in January 2008, it was announced that Allen had suffered a miscarriage, and the news left many of her fans devasted. Furthermore, her relationship with Simons couldn't last long, and after five months of dating, they broke up. After that, she began her romance with Sam Cooper, with whom she has two children, both daughters.

The former couple was married from 2011 to 2018. After their divorce, it was revealed that they would share custody of their kids.

Do Harbour and Allen have Kids?

Till now, the power couple has not given birth to any child. Likewise, they have not hinted anything about being parents. Harbour is also taking care of the kids of his wife.

While exploring social media, we can see Harbour spending time with Allen's daughter. Not to mention, we can find Allen on Instagram under the username @dkharbour.