Who Is Cristina Invernizzi Dating Now? Her Boyfriends And Previous Relationships!

Cristina Invernizzi is a rising actress and model who grabbed attention for being the girlfriend of Jordan Ross Belfort, AKA Jordan Belfort. Her boyfriend is a famous American author, former stockbroker, and motivational speaker who has been married twice.

The duo, in the initial phase, kept everything away from the media. They were dating secretly. Today, on deck, get to know in detail about their relationship and how they started dating. Are they tying the knot anytime soon?

The actress is currently dating the 58 years old actor Jordan Belfort. They are reported to be enjoying a healthy relationship.

As per the motivational speaker, they first met in a Mexican bar. It was love at first sight, and the duo swapped their contacts. They now have been dating for over a year. The duo started dating in late 2019. 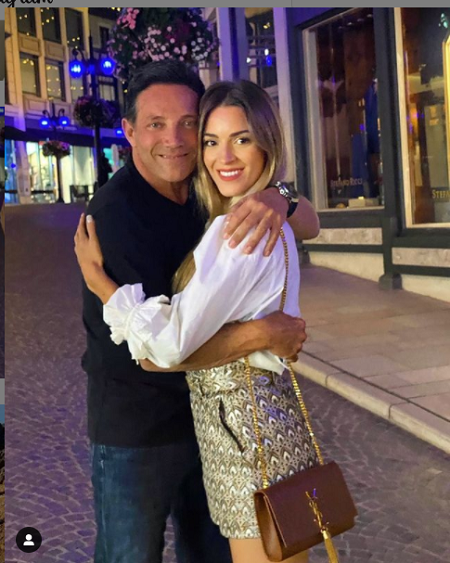 Back on 9th December 2020, the pair celebrated their first anniversary. The model wrote: Celebrating one amazing year together!.

The couple kept their relationship away from the media in the initial phase of their dating life. But, now, they have started talking about their love life. The couple is often seen spending quality time together.

In May 2021, the pair was captured enjoying summer vacation in Rio de Janeiro, Brazil.

Are They Getting Married?

As of now, Invernizzi and Belfort have been dating for one and half years. They are happy together and enjoying each other’s company. The pair often uploads pictures of each other on social media accounts, showing how deeply and madly they are in love.

But, it seems like Invernizzi and Belfort are taking things slow. They seem to be in no rush to take their relationship to the next level. The couple has not revealed when they will tie the knot or even get engaged.

There is no information revealed about Invernizzi’s past relationships and affairs. However, on the other side, her partner is married twice and divorced in the same number.

The motivational speaker was first married to Denise Lombardo. They got married in 1985 while he was running the Stratton Oakmont business. Sadly, after six years of marriage, they separated and got divorced.

The same year of divorce, Belfort went on to marry Nadine Caridi. The couple first met at a party. Together, the ex-couple welcomed two kids. They divorced in 2005. During their separation, his former wife claimed domestic violence. She also mentioned his drug addiction and infidelity as the reason behind their separation.

After divorcing his second wife, the author started dating Anne Koppe, who is a former trader and businesswoman. As per sources, they met in 2007, right after when he was serving his jail sentence and was released from the memoir. The following year, they began dating.

The former pair dated for seven years and got engaged in 2015. Sadly, even after being together for nearly a decade, they separated in mid-2018.

SEE: Jordan Belfort's Ex-Wife Nadine Caridi: Who is she Married to now? Know about her Children