Home Gossip Who is Catch Me Outside Danielle Bregoli Bodyguard? Know about her Net worth and career

Who is Catch Me Outside Danielle Bregoli Bodyguard? Know about her Net worth and career 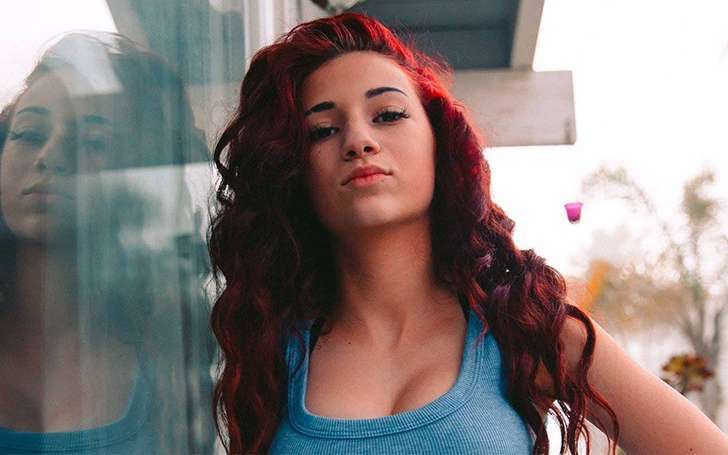 What do we do when we are in our early teenage? We generally attend our formal education. At this age, we don't even think about how to become famous or like this. But, unlikely this, Danielle Bregoli became so popular at just 14.

Danielle is a Florida-born American television and social media personality. She came to the prominence after she made her appearance alongside her mother on Dr. Phil in September 2016.

She became so famous after the role that now she is bound to hire a bodyguard. Know who the bodyguard is.

After she appeared in the 2016 television sitcom Dr. Phil audience caught one of her dialogue as a tagline. The dialogue which took audience's heart is "cash me outside". Her role took her into the fame overnight and she became so popular on social media. 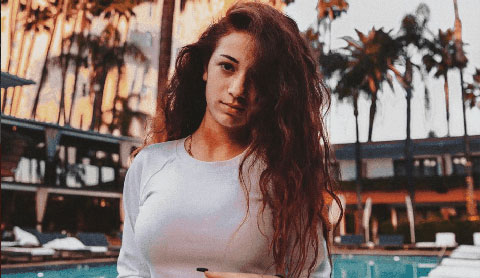 At the current time, she has over 8.5 million followers on her Instagram and over 215k followers on Twitter. It indicates that she is a celebrity no doubt. So now, she is bound to hire a bodyguard and if you are wondering to know who the bodyguard is, then we wanna tell you that he is Frank Dellatto, from Guardian Security.

There is not more information about he-man Frank, however, looking at his Instagram picture we came to know something about his personality. He looks like a fan of boxing, flashy cars, and the gym. He is also passionate about having tattoos on his body parts as we can see in his photos. 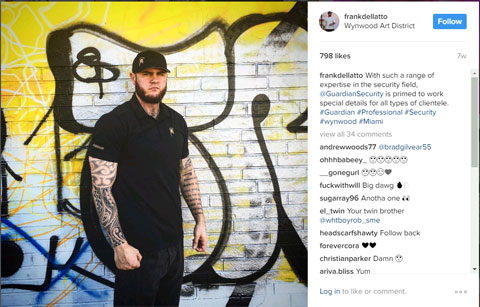 The reports said Danielle is not the first celebrity that Frank is serving as a bodyguard. He has previously worked with the famous American celebrities like Nicki Minaj and Chris Brown. After he appointed as a bodyguard, he shared an adorable picture of Stella on this Valentine's Day. 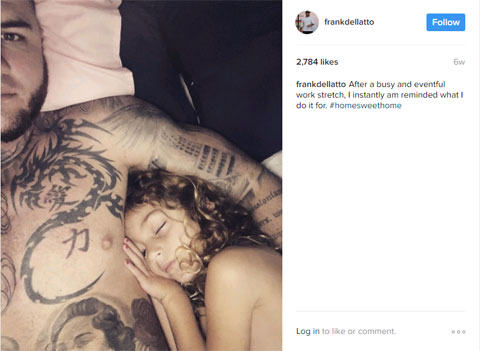 Frank captioned the shot as "A little girls first Valentine's is always her dad. Make sure to always make them feel special, even when 1,000's miles away. #iloveyou."

Danielle Bregoli's Career in Acting: Also Know about Her Net Worth

The 14-year-old Danielle after getting a remarkable success from her appearance on US chat show Dr. Phil. is now getting her own television show. At the present, she has got her new name as "Cash Me Outside Girl".

According to the report of TMZ, she signed a deal with a "major TV production company". And she has also signed a contract to work with IMG's original content department. Danielle and her managers said that at least seven different agencies were interested in working with her.

She, along with the popularity, earned a good amount of money through her work and she is believed to increase her income almost by a double by the end of the year 2017. Danielle Bregoli's current net worth is $200 thousand. 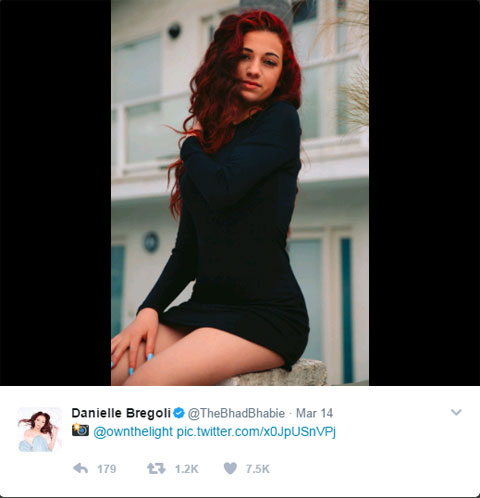 Along with the income through her work, she is making money via different sources. Remixes have been made from her vocals, merchandise is being sold in her name whereas she even has an app.

The publican reported that she is currently charging a staggering $30,000 per appearance, and she is demanding $40,000 if her appearance takes her outside of the US. This makes her net worth counted in hundreds of dollar and she is supposed to become a millionaire by the end of this year.