Who is Caroline Sunshine Dating? What about her Relationship?

Every good relationship, especially marriage, it's based on respect. If it’s not based on respect, nothing that appears to be good will last very long. In rumors surrounding with break ups and divorce, there are only a few celebrities in Hollywood who have a healthy relationship.

Caroline Mohr Sunshine aka Caroline Sunshine is an American actress, dancer, and singer. Sunshine is best known for her role as a Barbara Winslow in the family movie named Marmaduke. As days passed by, Caroline stays out of the limelight and is maintaining her low profile life. So is she married? If not whom is she dating?

Shake it up actress Sunshine; she likes to keep her personal life away from the medias in recent days. Despite being such a recognizable face in the film industry, it's hard to believe that this actress, never made the news with her love affairs. After the end of Disney series Shake it up, Caroline has maintained a low profile life.

The 21-year-old, Caroline made lots of gossips back in 2013 when she dated a guy named Matt Stumme. However, they are not much of information about their first encounter and how they ended up being a pair.

But the couple didn't reveal much about their relationship. With rumors surrounding them, on April 13, 2013, Caroline shared adorable pictures with Matt Stumme on their prom day.

Matt asked Caroline to be his prom partner for the night, and without any hesitation, she said yes.

At the prom day, both seemed happy and didn't leave each other side during the whole night.

Well, this was just the start of their relationship. Their romance blossomed as they spotted in different events, vacations and holidays spending some memorable moments.

In 2014, Caroline wrote a super sweet and cute poem for her boyfriend as they celebrate their year and a half anniversary.

"Roses are red, Polaroids are fun, a year and a half later and you're still the one! (thanks for always appreciating my cheesy puns, I love you)"

But apart from these, in recent days, Matt and Caroline have maintained their low profiled life.

Did they end up their relationship? Wait we are not saying they broke up. We are just saying Caroline needs to get more sunshine in her life.

In 2017, Sunshine worked on a movie Mommy, I Didn't Do it and currently working on her next project.

We hope in coming future Caroline speaks freely about her relationship as her fans are eager to know about this beauty.

If we look at the dating history of Caroline, only a few names pop up. Back in 2011, Sunshine was rumored to be dating her co-stars. So who were these lucky guys?

Roshon Fegan and Caroline rumored to be dating in 2011. At that time Caroline was just 15 years of age and was a star of Disney series Shake It Up. 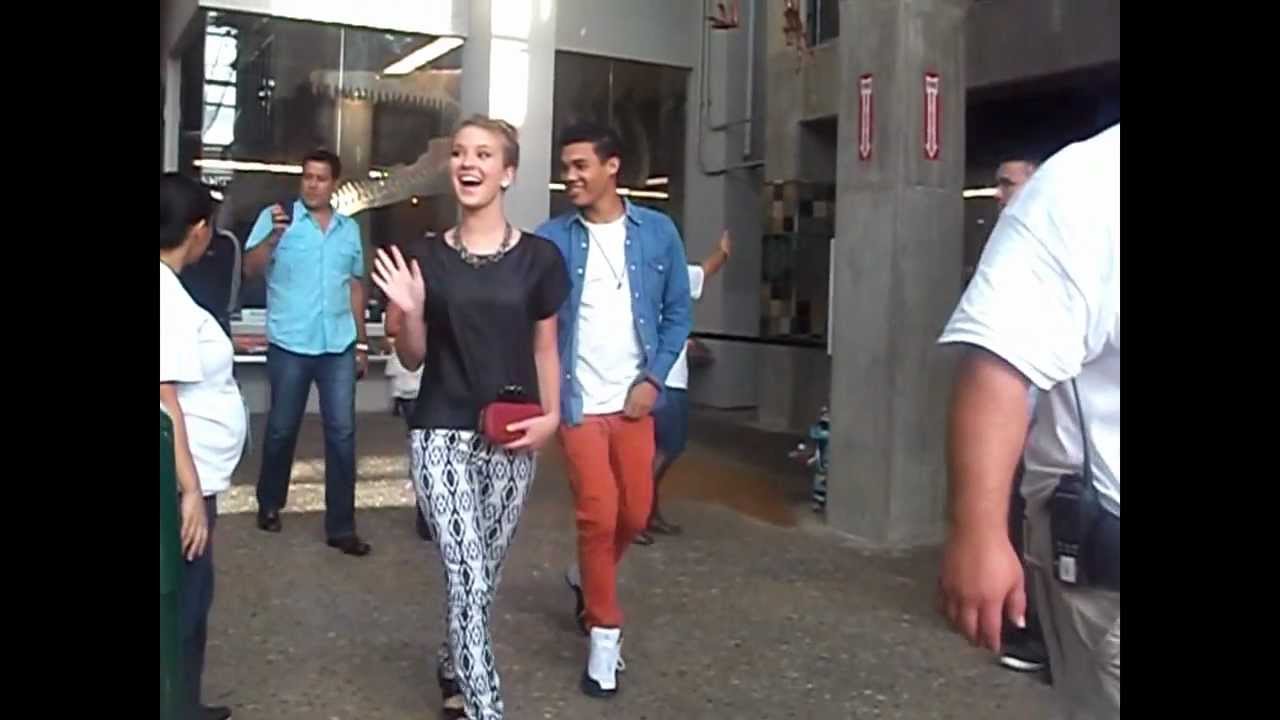 With a stunning smile in the same year, Sunshine appeared in the premiere of Gnomeo and Juliet where she was joined by Roshan Fegan.

However, the two didn't reveal much about their relationship. Well, they may just be good friends.