Who is Bryce Gheisar? Know all the Interesting Facts about His Family Life, education and Career

Being popular is not an easy task as one thinks in this competitive world while being recognizable world-wide when you are still a child is a tough job.

The topic today is all about the well-known child actor, Bryce Gheisar who craved his way up to the top in the Hollywood with his outstanding performance in a very short span. Scroll down to know more about child artist Gheisar in detail.

Gheisar hails from the city named Winnipeg, Canada. He was raised by his father Todd along with his older brother, Blake Gheisar. He is also close to his mother but hasn’t disclosed much information about her but his sibling brother Blake is a well-trained actor.

What more does anyone need if he gets full support from his family? That’s the secret to Gheisar's success including the hard work and his commitment at a very young age. His family is well concerned about his interest in acting and helped him to develop it. 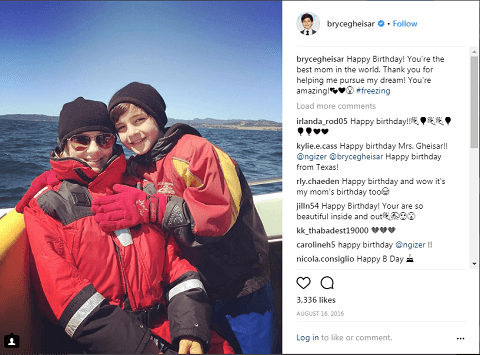 Involving in the entertainment field from the very young age, it’s a certain fact that Bryce is quite occupied with his career giving equal importance to his education. Talking about his education Gheisar went to Lovejoy Elementary school in Allen. He is also taking gymnastics and acting classes. He enjoys spending time with his friends. 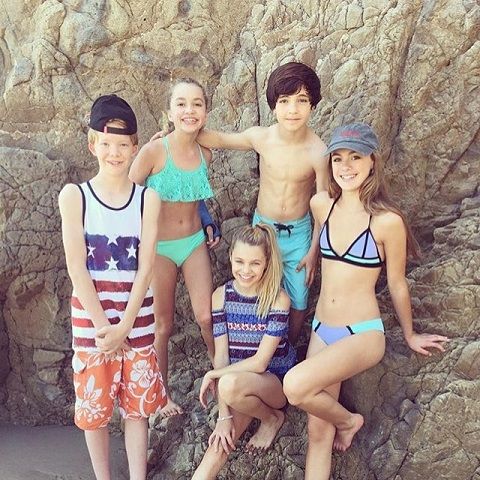 Also, his charming and fun loving character assists him to move forward in his life and career. He is adored by all and not only has he gained the name and fame but he was able to imprint his mark in the heart of millions of fans and followers.

The 14-year-old, Bryce began his acting career in 2015 with the short film The Bus Stop. Afterward, he got an opportunity to play as a regular cast in the series Walk the Prank no wonder he gave his best in his debut performance. Not only that, he became the part of the documentary Dream Chasers alongside his acting coach, Cathryn Sullivan. 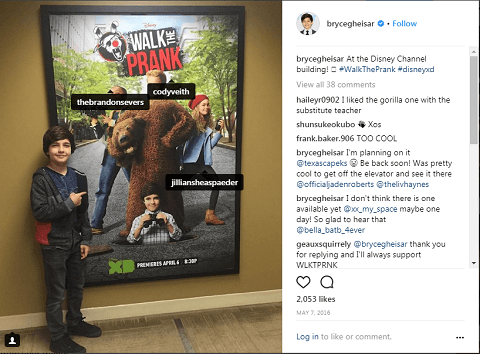 In 2017, he skillfully portrayed the role of Ethan in the romantic comedy film A Dog’s Purpose alongside, Britt Robertson. Followed by that, he made his appearance as Julian in the film Wonder. As of 2018, he will be seen in the movie, The 15:17 to Paris.

Looking at his personality one can undoubtedly say that Bryce is a happy go lucky kid but is very serious when it comes to his work. He is passionate about his profession and doing all the hard works coming along with being an actor.