Surprising Facts About Where in the World is Carmen Sandiego?

A striking red trench coat paired with an equally stylish hat all packed up into a bundle of criminal mystery, Carmen Sandiego really did sneak her way into all of our childhoods.

From the insanely fun geography based computer games to the unforgettable trivia game show, and even its very own animated series and movies; Carmen was everywhere.

And most importantly, Carmen Sandiego was fun.

Is fun, I should say.

‘Where in the world is Carmen Sandiego?’ is the example of one of the few games that actually made learning exciting.

And it did take the American schools by storm upon its release at first.

The insane popularity the character garnered really did ensure the rebirth of Carmen Sandiego across various platforms.

However, remaining true to the nature of its main character, there are still many things that remain shrouded in mystery about the shows or some of the lesser known things about our favorite thief in red.

Here are some of the things you don’t know about Carmen Sandiego.

When the writers originally were coming up with the idea for this game, they developed it as ‘Six Crowns of Henry VIII.’ At this stage, the players had to chase a Tudor king around London.

But Gary and Doug Carlston, the co-founders of Brøderbund that brought the first video games, wanted a more educational focus from the game.

So, Gary suggested a way to incorporate his love for traveling into the game. And that’s how they eventually decided on making the players utilize a World Almanac to search for the answers to the mysteries in the game.

The writers of Carmen Sandiego always came up with witty names, especially for their villains. Like Anita Bathe being a play on the word ‘I need a bath’ or Ken U. Sparadigm standing for ‘Can you spare a dime.’

Remember how fun it was figuring out these little things in middle school with your friends.

But out of all, the name, Carmen Sandiego stood out to me. In fact, many started playing this game because they really liked how mysterious and catchy the name was.

And turns out, that is exactly what the original video game writer, David Siefkin, intended when he made the name.

In an article with Kotaku, Siefkin explains that he wanted an exotic name for the character, so he came up with it based on one of his old roommates and the singer Carmen Miranda.

The title, Where in the world is Carmen Sandiego? perfectly summed up the entire premise of the video game, giving it an intriguing tone from the get-go.

Although Carmen has danced her way over to many different platforms and has been revived as a beloved character each time, not much is known about her personal history.

Originally, Carmen was a part of an organization called V.I.L.E., where she fought against their sworn arch-nemesis, the ACME agency.

But in later versions, she portrayed herself as a rogue ACME agent, an orphan, and even as having familial ties with The Chief, the head of the ACME agency.

Different platforms made a different interpretation of what made Carmen Sandiego, and it left her past all tangled up in confusion and even more mystery to add to her character.

Let’s just hope that this new Netflix series answers some of the burning questions we have about Carmen. 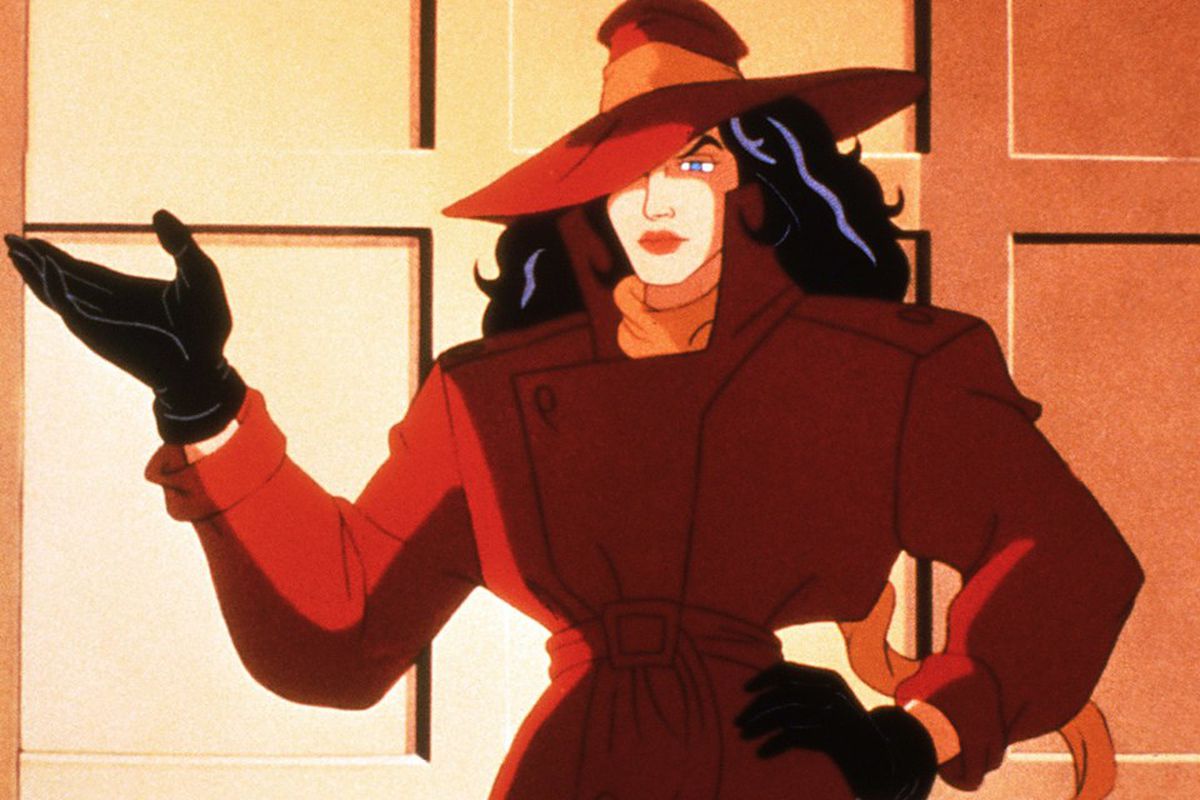 ‘Where in the world is Carmen Sandiego?’ is one of the longest-running game shows in history.

And it has received much love from the general public in the form of nominations for 45 Daytime Emmy awards as well as two Peabody awards.

So, who knows? If we’re lucky enough, maybe we could even get an episode or a movie featuring some of the musical talents that she keeps hidden underneath that red coat of hers. 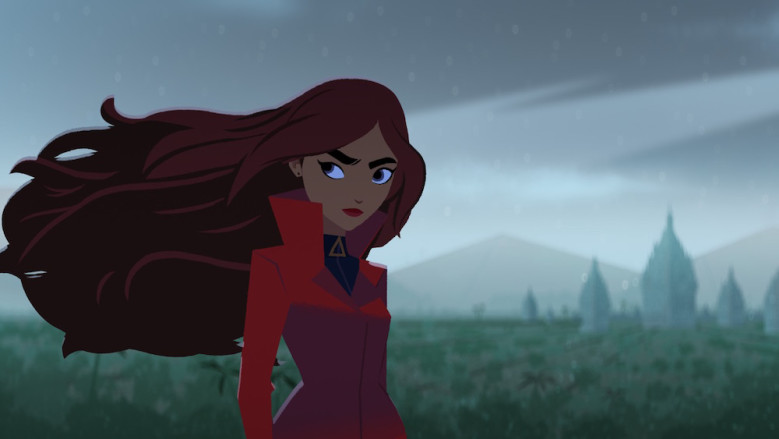 Before Carmen Sandiego was picked up by Netflix, Walden Media sought to bring it to screen in 2011 with Jennifer Lopez as one of the producers. But, there was no confirmed news if J. Lo herself would be playing the titular role, and eventually, nothing became of it.

There was even some buzz about Sandra Bullock playing the character in the 1990s when Walt Disney Pictures wanted to make a Carmen Sandiego movie. But I guess the world wasn’t ready for a future Miss Congeniality and a Carmen Sandiego collaboration just then.

But we sure are, right?

Anyway, let’s see how Gina Rodriguez, who is set to voice Carmen in the upcoming Netflix series, is going to blend in her own personality into the main character.

Maybe network companies really do care about the general public’s education a lot more than they seem to let on.

Or else, how would you explain two PBS affiliates seeing a report on how little Americans knew about geography and then deciding to introduce the Carmen Sandiego game in a trivia game show format?

Yep, turns out a study indicated that one in four Americans couldn’t point out where the Pacific Ocean was in the map.

So, the executives decided that this would be a perfect opportunity to make a game show where kids could participate as ACME gumshoes, the lowest agent ranks at the ACME agency and play the game.

They also brought characters like The Chief to life, among others, to make it feel more like the actual video game it was based on.

And it seems like the plan really did work, as this game show went on to win 6 Daytime Emmy Awards as well as a Peabody Award while it was on-air. 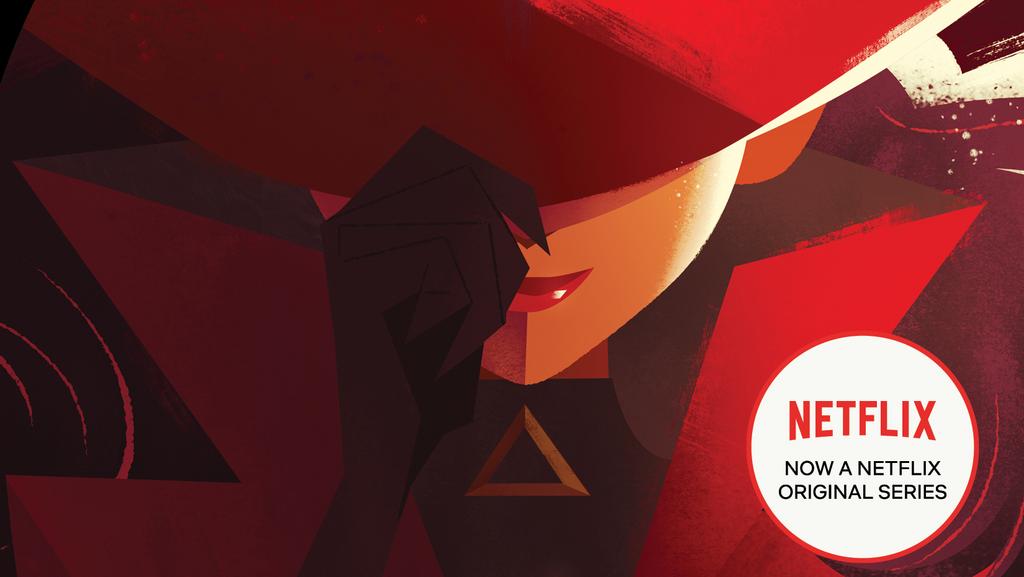 Carmen Sandiego is a woman of mystery, always has been. In fact, her character is so mysterious that she has officially been portrayed in live-action only once.

When the 1996 game show ‘Where in time is Carmen Sandiego?’ started, viewers were finally able to get a glimpse of the elusive Carmen Sandiego in flesh, even if it was an obstructed view.

The producers were so bent on keeping things mysterious that the actress who portrayed Carmen went uncredited for the role.

Huffington Post writer Todd Van Luling, however, did not give up on the mystery. And after a 20 year long search, he finally found the women Janine LaManna and Brenda Burke, who played Carmen Sandiego in the first and second season of the game show respectively.

It really does seems like the mystery of Carmen Sandiego even spills over into real life, and we can’t help but love it.

What do you think about Gina Rodriguez as Carmen Sandiego? Let us know.