When Is Robin-John Gibb’s Third Child’s Due Date? Opens Up About His Late Father

Robin-John Gibb is over cloud nine. The musician is all set to welcome the third child with partner Megan. Late Bee Gee star’s son has expressed his joy of welcoming another child.

Scroll down to know more about Robin-John Gibb’s children: How is his relationship with partner Megan going on? Know everything:

When Is Robin-John Gibb’s Third Child’s Due Date?

The 38 years old musician is absolutely overjoyed to have another child with partner Megan. Robin revealed the pregnancy news during an interview with Hello! Magazine.

In the same interview, the musician revealed that the due date is on 20th May, which is the ninth anniversary of his father’s death.

Robin also revealed that they are expecting a son, but in the initial phase, he believed he was receiving a sign of having a girl. 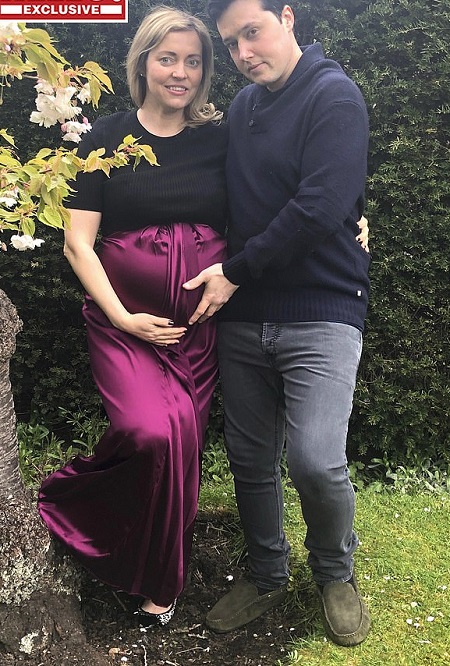 Recalling the moment, Robin explained that he and his partner were in the waiting room when the Bee Gees hit More Than A Woman came on the radio, which surprised them. The musician then thought that the song could be his late father telling him that they were having a daughter.

Robin Claims He Has A Very Musical Family; Their Untitled Movie

The soon-to-be father of three, in the interview, revealed that he has a very musical family. Robin opened up about how he grew up with his father. Robin claimed that his father was his best friend and never pushed music on to me.

It was Robin’s father who exposed him to a musical career. He said:

I went to concerts, writing and studio sessions with him and that's how I caught the music bug. Now I'm doing the same with our kids.

The news comes to the limelight after it was revealed that The Bee Gees’ illustrious career is set to be relived through a new biopic directed by Kenneth Branagh.

According to sources, the Paramount Pictures production will be following the Barry brothers’ journey.

According to The Hollywood Reporter, Ben Elton will be writing the biographical film. The last surviving band member Barry will produce the movie. He will also be the narrator. Barry has also recently contributed to the HBO documentary, How Can You Mend A Broken Heart, which is also about the history of the Gibb brothers.

Steven Spielberg’s company Amblin Entertainment financed 25% of the untitled movie, whereas Grama King at GK Films will be co-producing the film.