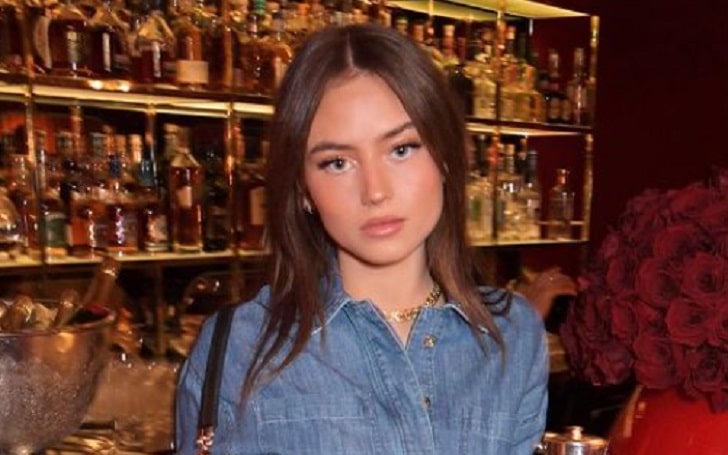 If you have watched Project Runway, then the name Heidi Klum is not a new name to you. She is a German and American model who was also the first German model to become a Victoria's Secret Angel.

And have you heard the name Leni Klum? She is the first daughter of the famous model and actress, Heidi. The 18-years-old star kid followed her mother's path and recently got involved in the modeling industry. For your information, the young lady is not only following the path of her mother, but she recently dipped into her famous parent's covetable closet to find the perfect prom dress. Leni recently made headlines on the internet after sharing a photo featuring a little black dress that she shared on her Instagram account.

As we know, Leni Klum is the daughter of famous actress Heidi Klum and musician Seal. The 18-years-old followed her mother's footsteps and got involved in the modeling line.

She is a newcomer in the modeling field but has already grabbed media attention within a short period. The young lady was also photographed for titles, including Hunger and Rollercoaster. Not only that, but she has also appeared in Vogue Germany. Her mother permitted her to get involved in the modeling field when Leni turned 16 years.

Talking more about her career, Leni has walked in various fashion shows, including at Berlin Fashion Week and Dolce & Gabbana's Alta Moda show in Venice in August 2021. During that time, her mother was also present there.

Leni's Relationship With Her Mother

As mentioned earlier, Leni was inspired by her mother to start her career as a model. So, it becomes clear that she has a strong bond with her mother. Recently, the rising model went on Instagram and posted a photo of herself wearing her mom's dress. 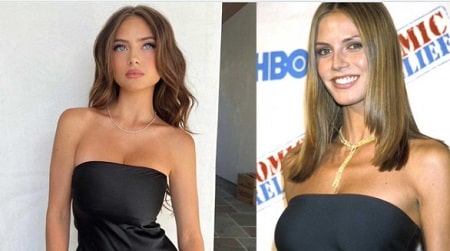 The model stunned in the off-shoulder ensemble, which appears to be the same dress worn by her mother in 1998. Furthermore, the star kid paired the figure-hugging item with a delicate strand of diamonds around her neck.

Not only that but she was also accessorized with a black handbag covered in sparkling studs. Likewise, she wore thick brunette tresses parted down the middle and cascading down her shoulders in thick waves.

On the other hand, her mother, Heidi, previously wore the same dress when she appeared at the filming of Comic Relief 8 in 1998.

Who Is Leni's Actual Father?

Moving onwards, there have been various rumors going on the internet regarding Leni's biological dad. According to Newsweek, she was born from Heidi's previous relationship with formula one boss Flavio Briatore. And Seal adopted Leni later. 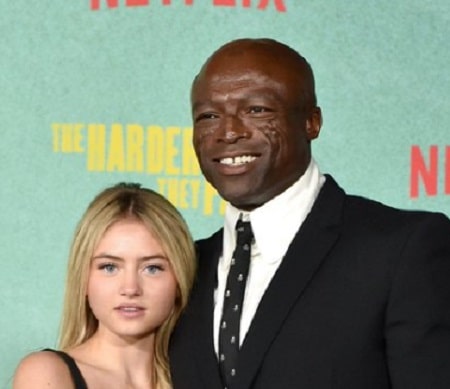 Likewise, the famous actress had also said that Seal is Leni's father as he was present when Leni was born. For your information, is a famous British singer, songwriter, musician, and record producer who was married to Heidi from 2005 to 2014.