Home Gossip What are Matt Lauria and his wife Michelle Armstrong, who have been married for 10 years upto?

What are Matt Lauria and his wife Michelle Armstrong, who have been married for 10 years upto? 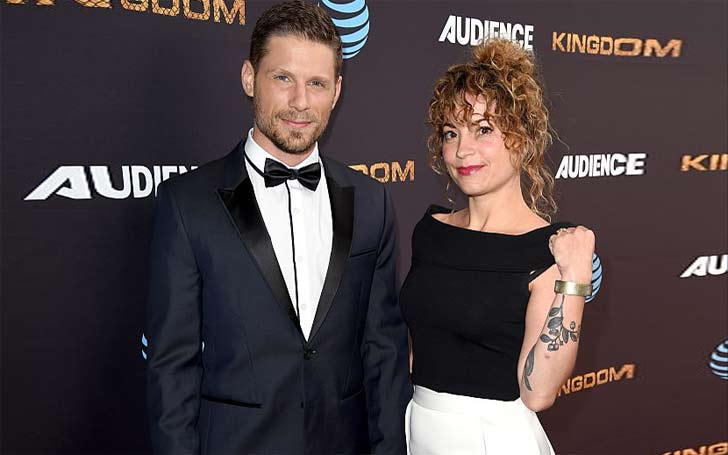 Matt Lauria and his wife Michelle, who have been married for over ten years have now been living in the shadows of celebrity-dom. And some reports suggest that they prefer it that way as they are not very keen with publicity and like to keep their life private.

They met at an airport when she was sixteen and began dating from then and ended up marrying each other many years later.  As a girlfriend Matt has said Michelle was everything he ever wanted. Matt has said in recent years Michelle has been helping him with his schedule and various acting projects.

He has also said Michelle has been of great help to him in the development of his physical appearances. With the proper nutrition requirement and making sure his consumption matches his output so he does not tire out or exert himself in between scenes and training.

Michelle is a singer and is known for a couple of her songs. There’s a rumors circling that Michelle might be working on a studio album at the moment. However the singer has not commented or said anything on the matter.

Matt however has been the busier of the two with his numerous appearances in TV shows and a few movies and films. He is known for his performance in TV shows like “Lipstick Jungle”, “Friday Night Lights”, “CSI” and “Parenthood”.

Due to his exceptional acting abilities, he has a big fan base especially through shows like ”Parenthood” and “Friday Night Lights.”

Matt has been keeping himself busy training for his latest role in the new TV show “Kingdom” for which he had to undergo sever mixed martial arts training. He is the lead in the series and the story is centered on his character” Ryan Wheeler”.

The show has done favorably well and has already been renewed for the third season.  At the moment Matt has said his main priority is the show and has not committed himself to other projects and will not be doing so until the show comes to an end.

Some of his well-known movies are “8 Easy Steps” and “Raccoon” which are both short films and he also is known for his TV movie “Gilded Lily’s”.

Matt’s net worth is estimated to be $700 thousand.