Home Gossip Wendy Mesley's husband, Liam, who she been married to since 1998 was very supportive when she was diagnosed with cancer.

Wendy Mesley's husband, Liam, who she been married to since 1998 was very supportive when she was diagnosed with cancer. 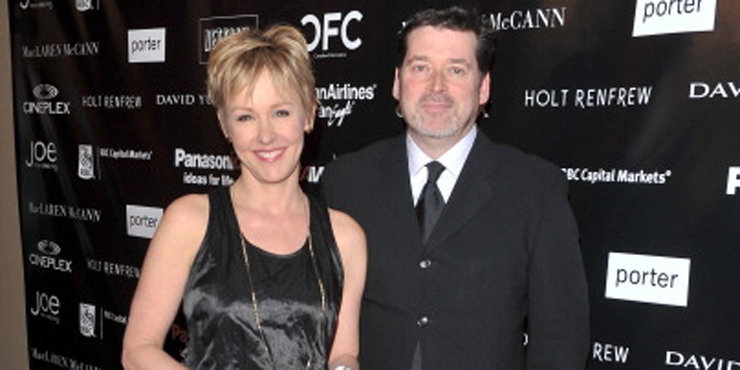 The fight against Cancer is a battle that cannot be easily won. When the Canadian news host Wendy Mesley was diagnosed with breast cancer in 2005, she realized exactly that. The Canadian has been fighting against the cancer ever since, and in a recent interview, she opened up about how she handled those tough times, and how her husband Liam McQuade helped her during her recovery from cancer.

The Canadian revealed that the kind words of inspirations and wisdom was the fuel that fired her cancer recovery. She admitted her husband was with her in every corner she took during her cancer battle. Mesley revealed her husband took over her household duties after the discovery of her illness; he looked after their children and did all household chores by himself. McQuade, according to Mesley, made sure that Mesley’s only job was to get enough rest and nutrition.

There have been cases where couples decide to get divorce and end their married life after one of them suffers from chronic illness. Mesley’s pair is certainly not among them. They have developed an even stronger bond after this. Mesley also stated all of her family members including her daughter and parents had been of great help to her during the time.

Mesley revealed that the news of her breast cancer took her by surprise. Mesley had reportedly noticed lumps in both of her breasts long before her cancer diagnosis. She even had them tested for cancer, but all the reports came out negative suggesting the lumps were nothing more than unusual growth. But about 2 months later, Mesley and her husband conducted a detailed analysis of the lump, only to discover that the lump was a false alarm, and cancer had been brewing inside in the interior of her breasts all along.

Immediately after the recovery, Mesley went back to her job as a broadcaster. She is a passionate woman with a deep respect for her profession. She was only about 20 when she started out as a television host. Her first TV show was CBC’s consumer investigation series ‘Marketplace’. Since then, her career has always been growing. After dedicating nearly half her life towards her career, Mesley is now regular feature in the network’s Sunday news show.

Mesley can also be followed in several social network sites. Her Twitter @cbc_WendyMesley is followed by nearly 6k people, which is a little less given her popularity. She updates about her shows and her opinions on current socio-political developments.

Because of Mesley’s successful career and worldwide reputation, she gets paid very handsomely for her work. Even though the exact number of Mesley’s salary for her CBC appearance is not yet revealed, it is suggested she get paid nearly 60k per episode. Her net worth also remains unrevealed.