Home Gossip Vans Co-Founder Paul Van Doren Is No More; A Glimpse On His Professional Journey And Personal Life!

Vans Co-Founder Paul Van Doren Is No More; A Glimpse On His Professional Journey And Personal Life! 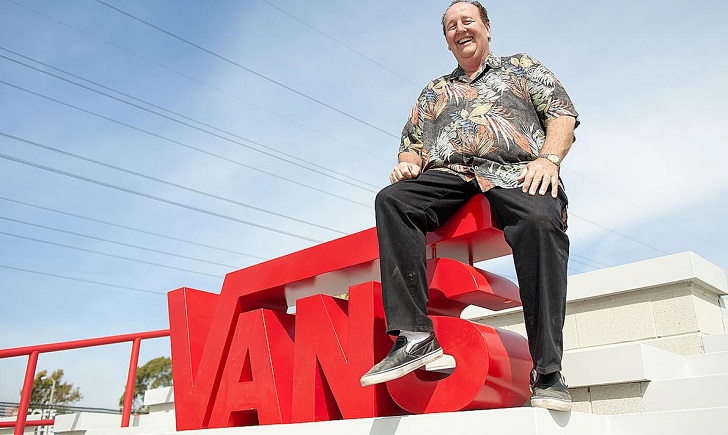 American businessman and entrepreneur Paul Van Doren, who was one of the founders of Vans, is no more. The businessman died at the age of 90. He published his memoir Authentic only nine days before he passed away.

So, what was the reason behind the death? Who was he with during his last days? Scroll down to have a glimpse at his professional career as well as personal life:

What Was The Cause Of His Death?

Paul was 90 years old when he died. The shoe company announced the sad news on their social media pages on Friday. He died on 6th May 2021. As per the company statement, the late businessman was not just an entrepreneur but was an innovator.

The statement further read: Paul was not just an entrepreneur; he was an innovator. We send our love and strength to the Van Doren family and the countless Vans Family members who have brought Paul's legacy to life.

It's with a heavy heart that Vans announces the passing of our co-founder, Paul Van Doren. Paul was not just an entrepreneur; he was an innovator. We send our love and strength to the Van Doren family and the countless Vans Family members who have brought Paul’s legacy to life. pic.twitter.com/5pDEo6RNhj

The company also shared one of the famous Van Doren’s quotes: Do what's right. Stand behind what you do every single minute of every day. Take care of people.

Paul’s son Steve also took his Instagram to reveal that his father died on Thursday night. He claimed his father as his best friend. He wrote: A great farther [sic] an innovator and three other great partners started Vans 55 years ago. He loved People Vans, Horse Racing, and us kids 5 siblings, 10 grandchildren, 10 great-grandchildren, and his last meal 3 days ago was a Root Beer float. Van Doren style."

However, the exact cause of his death is not known.

Well, Paul Van Doren was secretive and never opened up much about his personal life. The name and details of his wife and wedding were never talked about.

However, Paul had five children. The name of his kids is Paul Jr., Steve, Cheryl, Taffy, and Janie. As per his son’s post on Instagram, he had five siblings, ten grandchildren, and ten great-grandchildren.

Professional Journey And Net Worth

Paul dropped out the school at fourteen years old when he was in the eighth grade. He was interested in horses during the time and used to go to the race tracks every day. Soon later, he was known as Dutch the Clutch.

During the time, Paul’s mother insisted him to get a job in the shoe factory. In 1966, he and his brother James Van Doren and friends Gordon, Serge D’Elia, and Ryan Emmert, opened the first Vans. It took them a year to build and set up the factor. They offered only three styles of shoes in the initial phase, and the price ranged from $2.49 to $4.99.

During their initial ten stores did not make any profit, their accountants suggested to shut down the stores, but Paul did not the exact opposite. He went on to open more stores. His plan worked and kept the stores afloat.

By the end of the 1970s, Vans had opened 70 stores. Paul ran the company until the year 1976; later, his brother James took over. During these last days, his net worth was reported to be $5 million.