A plane flying with 71 crew and passenger has crashed while landing at the Tribhuvan International Airport(TIA) and reports are 40 dead. The survivor count is at least 23.

The Rescue program was immediately carried out to pull the bodies and survivors after putting out the raging fire. 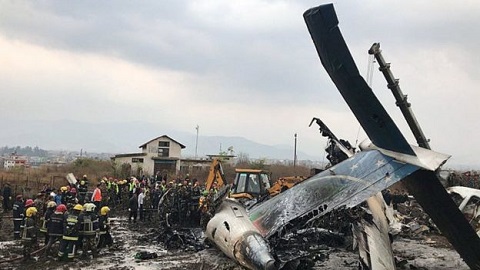 The Us-Bangla Flight BS211 veered off the runway track On Monday at 2:15 local time. The plane was ordered by the airport authorities to land from the southern side but instead, it headed for northern side and the crash took place. In other words, the plane approached TIA runway from the wrong direction. 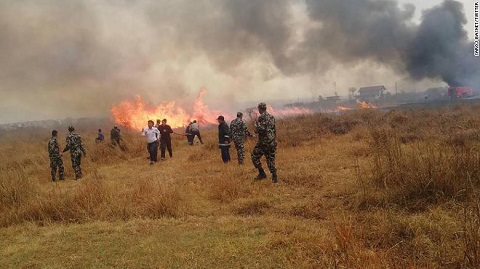 31 bodies were pulled out from the crashed plane and rest of other casualty died on the way to the hospital. The plane was carrying 67 passengers and 4 crew according to the official.

In this difficult time, the only International Airport of Nepal has canceled all the flight flying towards the TIA.

Offering Condolence newly elected Nepal prime minister said that he was extremely shocked by the plane crash news and has ordered Nepalese investigation team to immediately find the reason behind the crash.

Extremely shocked by unfortunate carsh of US_ Bangla Aircraft carrying 67 passengers and 4 crew members. Express deep sorrow on loss of lives and condole to bereaved families and also wish for early recovery of injured persons. Govt will investigate the incident immediately.

One of the survivors Basanta Bohora revealed directly from the hospital about his experience before crashing. He told that the plane take-off normally from Dhaka and when it was about to approach TIA it started acting strangely. 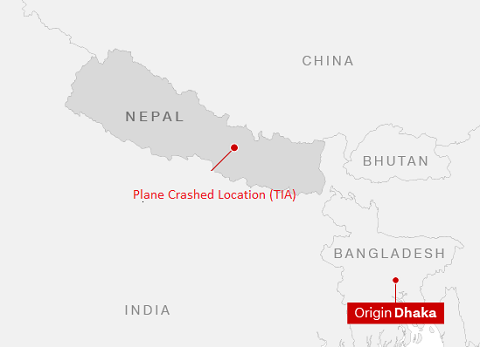 He continued, and it shook violently and a loud bang was heard. By that moment it was already crashed and there was fire everywhere. He was able to break out of the window. Then he was taken to Sinamangal Hospital, from where he is now shifted to Norvic Hospital for treatment.