Deion Sanders, the American former football, and baseball player enjoyed great success and fame during his career. The NFL broadcaster and Pro Hall of Famer Sanders is the only player in the history of to play in both a Super Bowl and a World Series has been under the limelight due to his personal life as well.

The former player also had hogged the all media attention following the sale of his 15 million dollars Texas-based 29,000 square foot house. Sanders with the net worth of $40 million also hit a major league home run and scored a touchdown in the NFL in the same week in the 1989 season.

6.1 ft. tall former player who now works as an analyst for CBS Sports and the NFL Network has been married twice. His first wife was Carolyn Chambers with whom he has two children, a son Deion Sanders Jr. who was named after him and a daughter named Deiondra Sanders.

Following their divorce, he married Pilar Biggers-Sanders with whom he has three children, Shilo, Shedeur, and Shelomi. On September 2011, a wild speculation was made that Sanders couple had filed for a divorce. 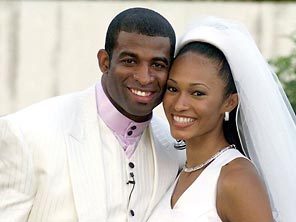 After the split, the 47-year-old Deion is said to be dating Kenny ‘Babyface’ Edmonds’ ex-wife Tracey Edmonds. In an interview with Oprah Winfrey, Babyface shared his experience about his talk with Deion after his divorce with Tracey. 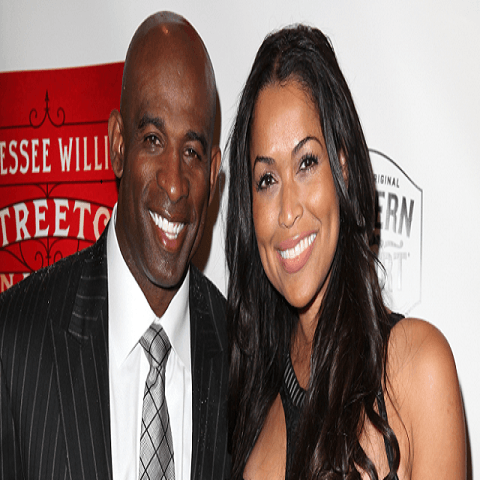 Babyface admitted that he didn’t like Eddie Murphy very much whom Tracey dated after they parted ways but he quite liked Sanders as they both had a man to man talk with each other.

He quotes, "Deion's a good guy and Tracy's a good girl. She's the mother of my children and we have a great relationship and we live to make sure our children are happy.

"I knew that Deion, Mr. Prime Time, seems like a nice guy," Babyface said. "But he became a classy guy when he called me and said he didn't want to meet my children until he sat down and had lunch or breakfast with me, so he knew me before he met my children."

He also said that after their talk Deion won all the respect that he deserved. After the interview, Oprah quickly tweeted in her Twitter account, “@kennyEdmonds wish more men respected their ex as "the mother of their children”. And @dionsanders meeting you before your children #respect."