There are very few people who know how human relationships work better than comedian Marc Maron. He has already been divorced twice. He has also dated some of the most beautiful faces in the Hollywood.

And now, he has revealed what he thinks about dating and it is sure to bring a smile to your face.

Moon Zappa, Jessica Sanchez, and Sarah Cain are some of the famous names Maron has dated. He has been married twice, once to Kimberly Reiss and once to Mishna Wolff. One of his former wives was also a stand-up comedian. So, what he thinks about dating was always guaranteed to be somehow controversial. 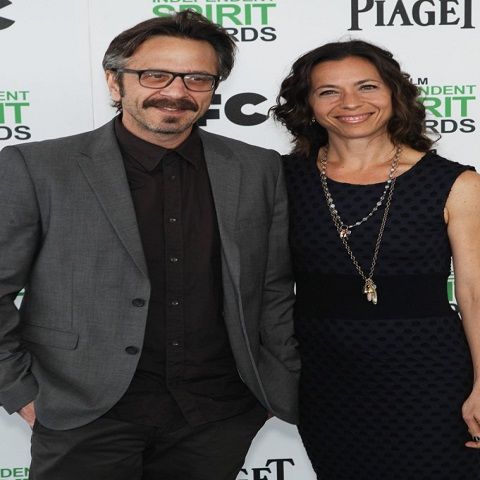 He started the first episode of the second season of his show, Maron, by saying, “Dating is just like acting. It is a relentless audition for the role of the last good man of the earth. You try out occasionally earns you a callback, but rarely results in a full-time engagement. This doesn’t mean you’re a bad actor, but you may not take notes very well.”

The comedian is well known for his witty and humorous quotes. He has given his take on dating in his episode from his TV series. Maron took a moment from the opening episode of Maron season 2 to reveal his painfully true view on dating.

Maron has been dropping truth bombs through his shows since mid 2000’s. His view on marriage is the latest addition to the list. He speaks about his life, drug problems and a current political situation in his podcast.

The comedian is well known for his stand-up gigs. He constantly organizes performance tour throughout the world to give his fan an opportunity to see him live. His acting skills are equally impressive. He has given fantastic performances in movies like "Almost Famous" and "Marc Maron: Thinky Pain". His TV show Maron is also a big hit.

Maron always has something controversial to say. His take on relationship has stirred quite a controversy in the media. There were claims that influential people making statements like Maron did devaluate the societal value of divorce. But Maron rubbished those claims stating that he was simply stating his observation. He stated that he found "the truth about dating, after years of study."

He also uses his podcasts to keep his fans updated about his love life. He also invites famous faces for an interview in his podcasts. He made it public that he dating Sarah Cain in an episode from March. There are speculations that Maron’s expression on dating could make him drift away from his girlfriend. But it doesn’t seem to have caused any effect on their relationship till now.

Marc earns the good sum of money in his career. Being well-known comedian, he cast in several shows through which he obtains a good sum of money. Allocating information from several sources, it is found out that his net worth is estimated to be around $2 Million.