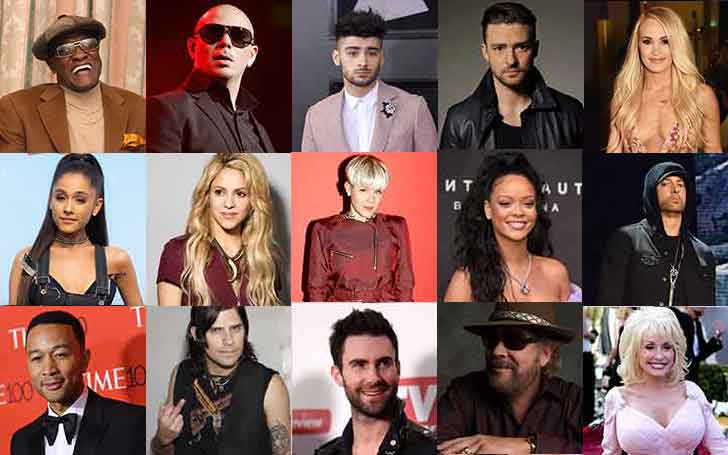 Blooming love, unrequited love, failed love – in fact, there’s song for every short of feeling. There are also songs that explore that faces of cheaters. Here are top picks for the Top 15 all-time best song about cheating and lying that you don’t want to miss out. For this list, we are counting down songs in which your significant singers (Cheaters, home-wreckers, victims) are affected and you are touched by a cheating relationship somehow, whichever.

As there are many artists out there have known to this hardship they have developed some terrific pop tunes to change. Lovers come and go but the tales of infidelity will always stick around. After falling in love and experiencing unique cheating propel each song. Listen to it for companionship and assemble your dysfunctional love life. Check the songs below:

The Grandpa of all cheating songs came to legend Hank Williams when thinking of his first wife while driving around with his Wife No 2 who wrote down every word of her husband sitting in the passenger seat.  After doing final polishing with writer Fred Rose he recorded the song on September 23, 1952. 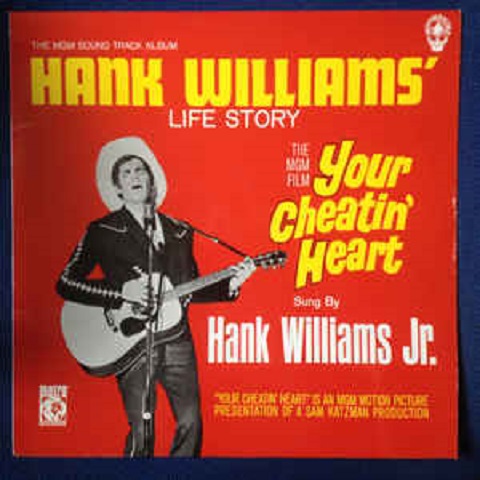 Williams told his one friend “It’s the best heart song I ever wrote.” Though he never got chance to hear, it becomes one of the great country song (Peak No. 1) as he died at the age of 29 in the backseat of his own car weeks before its release from the heart problem.

The honky-tonk weeper goes casual on details but heavy on feelings. Is he saying what she is about to lose? We know the situation and it’s the ultimate sadness he can deliver.

Not every single song have to about a man being the cheater or unfaithful, Rihanna plays the part of the unfaithful singing “And I know that he knows I’m unfaithful” to peak on Billboard chart No. 6. She keeps the cheating portion secret.   However, one thing is pretty clear that she is regretful of her actions and don’t want to take other life away by cheating

It pondered the question how will we react if we were in place of pop singer Rihanna. The song is about a woman who cheated her man and he knows it.

13. Justin Timberlake “Cry Me a River”

“I already know, I found out from him” sings Justin Timberlake reportedly inspired by his breakup with singer Britney Spears refusing to forgive and there is no chance to return back. Now the girls realized her mistake and “cries a river” as she is totally screwed up and lost JT forever.

“Now it’s your turn, to cry… Cry me a river,” the song continues. 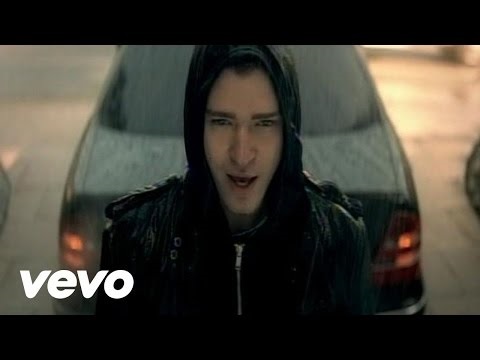 The track was recorded following a heated phone conversation between TJ and Spears. The story was revealed by Timberlake’s producer during an E! True Hollywood story.

12. Carrie Underwood “Before He Cheats”

Playing a bad girl, Carrie Underwood appears in the revenge song. In the pop-country revenge fantasy, she speaks of a bleached-blond dancing with her cheating partner. While her man enjoys with another woman, Carrie’s “I dug my key into the side” giving his 4x4 truck a makeover.

She finds Solace knowing as it will not be her, next time. She ends up showing the possibility his man will think twice before cheating on her.

At least Eminem makes it clear “I’ve been a liar, been a thief …Been a lover, been a cheat” warning her woman who seeks revenge by cheating back on him. The song sings of a failing relationship that culminates in an abortion stage. 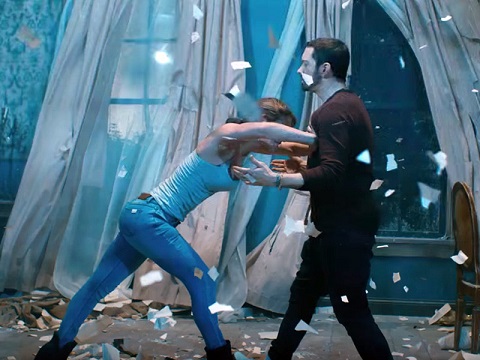 When he discovers that her girlfriend nicknamed “Suzanne” has been doing with him, he instantly leaves her and his interest about her declines to zero. On the other side, he is also known to the selfishness that causes the destruction of the relationship and the worse part, the abortion of her unborn baby.

Proof of why Dolly’s a terrific artist, “Jolene isn’t about anger, revenge, or any of the feelings typically associated with cheating songs. Fearing she’s about the lose the only man she’ll ever love, Dolly tries to bargain with the object of her husband’s desires, asking the auburn-haired, green-eyed temptress to work her charms someplace else: not to take her husband from her just because she can. “

The song is full of revenge and its catchy lines never go off your head.

“Caught you in the morning with another one in my bed”

The song by Adam Levine is a story of a man who finds an unknown man in his bedroom with his girlfriend, who doesn’t care about his boyfriend anymore. Shocked seeing a 6ft tall man in the room without any warning, there is no option left rather than to shoot him dead.

In the song “Don’t Bother” Shakira is the next woman. When the song starts Shakira praise of the other woman beauty and skills “She’s more than you deserve…She’s just far better than me.” But inside she has this sad and bitter feeling about her man who is about to marry another girl. And she is in love with the guy and says “For you, I’d give up all I own …And move to a communist country… If you came with me, of course.”

“Let Me” is a song recorded by Zyan Malik following his split with girlfriend Gigi Hadid. He deletes all his Instagram post and shares a demo of this song only. Though the singer has never spoken of the breakup reason he is found singing in the song “Yeah, I promise, darling, that I’ll be faithful (be faithful) continuously begging to accept him as her man.” 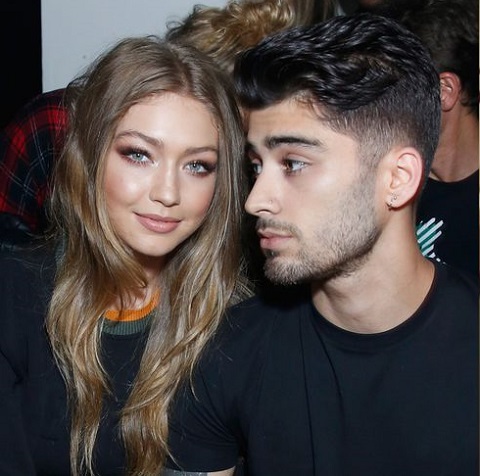 CAPTION: “Let Me” is a song recorded by Zyan Malik following his split with girlfriend Gigi Hadid. SOURCE: gettyimages

His repeated lyrics “For the rest of my life” proves how desperate he is to continue the relations from where they left. The song also explains about the couple sex life and the finest day they spend together while they were in the relationship.

It not necessary that all song should be about cheating. Pitbull “Messing Around” with catchy lyrics saying her girlfriend likes messing around that he heard from a friend who hears from a friend and the source is unknown who actually spread the message.

Singing further he admits he started doing the same so both could have fun together. Further, there are no hard feeling in this relationship.

5. John Legend “She Doesn’t Have to Know”

“Though it’s wrong it’s hard, to tell the truth, Oh no” John Legend sings and hearing him and finding his getting caught cheating with another girl make us depressed. But no worries this song was written back in 2004 long before he met Chrissy Teigen.

Billy Paul really needs to put an end to this “things going on” in his hit to date song from his fourth album 360 Degrees. The short café dates are killing him and both know they will never be together in their life as they each have hot their own obligations.

In brief, this song is about a man and woman involved in an extramarital affair. The two know what they are doing is wrong which he says in that four-word chorus. 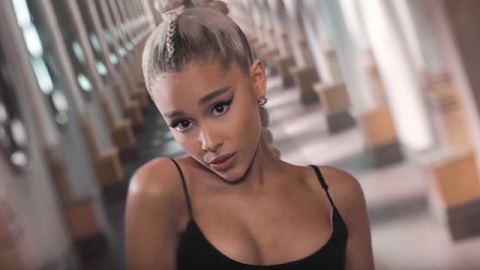 Ariana Grande “No Tears Left To Cry” has a deeper meaning that you might think and the tears that she is crying might refer to ex-boyfriend Mac Miller whom she was dating then. Soon after the released she split with Miller and is now currently engaged with her few weeks dated fiancé Pete Davidson.

“Call Your Girlfriend” is the second single by Robyn. The Swedish singer force a man to split with his old girlfriend and provides advises on how it is done gently.

This song with cheesy lyrics sung by a man starving off temptation for his ex-girlfriend “Well, my girls in the next room …Sometimes I wish she was you.” No doubt there has been a more yearning phone conversation than this in the music history.

“But, Girl, you make it hard to be faithful…With the lips of an angel”