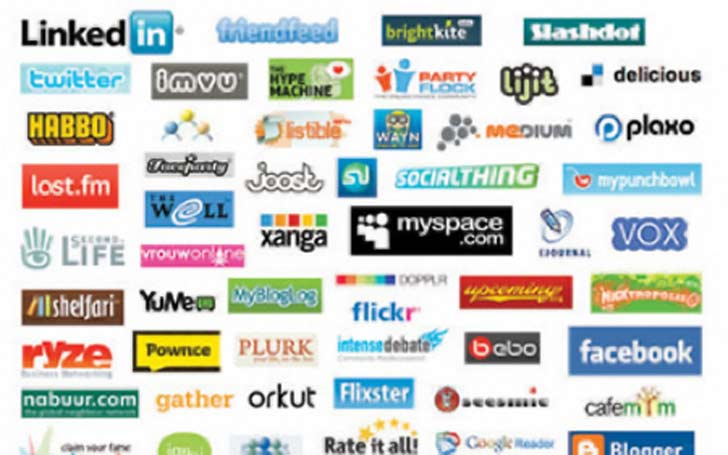 IT companies are one of the largest companies that are growing, but they are not just cashing in money, but some of them are taking good care of their employees.

Among thousands of tech companies, you definitely have heard of the tech giant, Google which is often discussed by the employees for having the best of facilities at work.

Thanks to the search engine, Glassdoor which started collecting data for Best Places to Work from the employees since 2009, we have now a list of the top 10 companies in California which are best rated by their employees. The ratings are on the basis of their overall satisfaction with the company and their employer and other factors like benefits, compensation, culture, and values.

According to the list by Glassdoor, three companies never missed in their top 10 list. Guess which were the companies?

VMware, a virtualization company, is a global leader in cloud infrastructure and business mobility with over 20K employees globally who can enjoy some benefits like onsite mailing service and you can even pack a meal home. 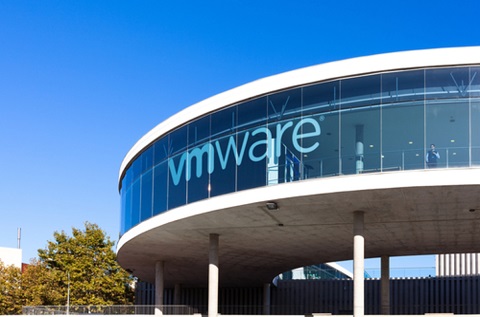 The company allows 40 paid hours to employees so that they can give back to the community through the company’s Service Learning program. The company even have a special program called Gender Reassignment Support which aims to help transgender and gender-diverse employees feel at home in VMware by providing them with financial support with no lifetime maximum dollar limit. Here’s what an employee has to share,

Recently we were able to make a big impact on a person that was going through the transgender process.

Moreover, new parents also get up to 18 weeks of paid family leave birth or adoption of a child. With these various facilities, VMware is on the 10th best place to work in California.

Adobe, a billion dollar start-up company with its photo and video editing software, is increasingly being used by millions of people day by day. The company was in the 17th position on Fortune’s best place in California in 2016 and on 7th on the Huffington’s 10 Best Companies To Work For. 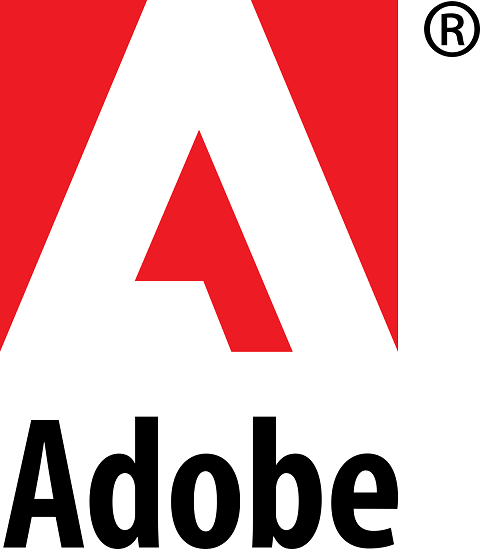 Adobe, with its headquarter in San Jose has several offers in addition to an onsite cafeteria, an onsite gym, and plenty of seasonal activities making it the 9th best place to work in California and a 4.2-star rating. So it’s definitely making progress. New moms are allowed to take 26 weeks fully paid maternity leave, plus the company shutdowns for a week twice a year and the company apparently know how to keep the employees engaged.

An employee currently working there writes,

Ever changing work environment due to on restructuring. A typical day at work can be different, as there are several unforeseen challenges.

Intuit, a developer of Turbo Tax, QuickBooks, and Mint financial management solutions, was on the 8th best place to work by Fortune in 2016 and is still in the same position. The company is rated 4.3 stars, and 86% of employee would recommend it to their friend. 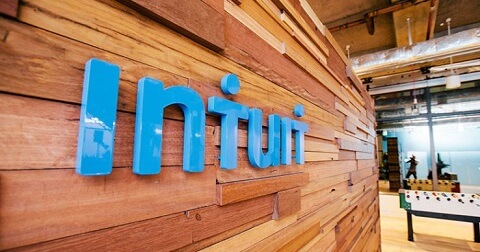 So the company certainly needs to make some effort despite making some great improvements last year. One of the features that distinguish it from other companies is its employees can use 10% of their time in creating ideas or developing their projects as the company saw some great products were developed because of this extra time.

The company also takes surveys to learn what the employees want, and it does implement these feedbacks into actions. In 2016, the company increased paid parental leave from two to eight weeks after it learned that this was the what the working parents in the company wanted. Intuit pays Caltrain fares, and subsidize passes for shuttle buses, and if it’s your birthday, you can take a leave, paid one! Now that’s you don’t get to listen every day.

Headquartered in Santa Monica and with over 4000 employees, Blizzard entertainment is already establishing itself in the gaming world with its franchise World of Warcraft and Call of Duty. While its global ranking is 28th, but it is the 7th best place in California with 4.4-star ratings. 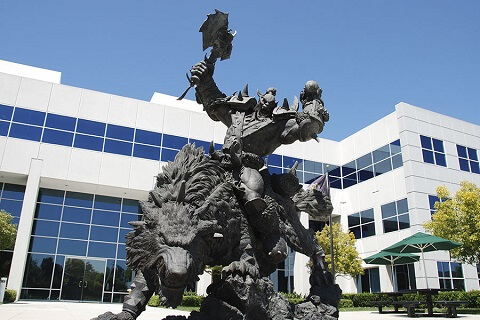 The company encourages its employees to “make fun” and “embrace their inner geek.” And it did even prove that it means literally. When Call of Duty was released, all employees wore costumes and participated in a squirt gun battle.

Now, this definitely makes the company a dream company for gamers. The company is definitely aware of the male-centricity that exists in the gaming field. Keeping that in mind, Blizzard has created a group for women, as a platform to share their experiences and games and also added a lot of female avatars in their franchise.

A former senior manager at the Blizzard Entertainment shared,

Working for Blizzard has been a very rewarding experience. Their training and development is top-notch as well as being the best video game company out there.

For the gamers, NVIDIA is a very familiar term. NVIDIA has gained recognition in the PC gaming market with its redefined modern computer graphics and GPU deep learning ignited eight AI. An employee who has been working in the company for more than eight years now shared his experience how he left after working there for eight years and again re-joined in less than a year, wondering why he ever left such an amazing company. 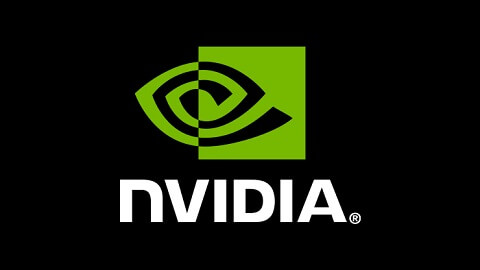 Many employees have agreed that flexible working hours and great work culture are the main attraction of the company. Other benefits include supportive mentors housing stipend, subsidized dinner, cheap lunch, decent pay, well-structured teams/management. Big, clean campus. The multi-billion dollar company is not worried about its employees only rather it has also hooked its interns with fun Intern events. A former employee shared

It’s a company that owns an electronic signature software, called DocuSign located in the middle of downtown Seattle, California. According to Glassdoor, 99% approve of the company’s CEO, and 91% says they would recommend the company to their friend. 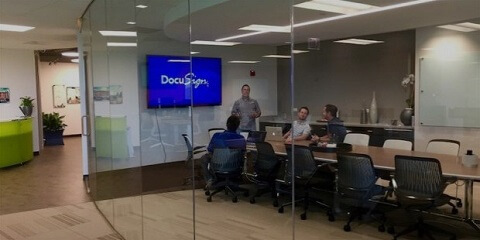 The company is also rated 4.5 stars out of 5. So DocuSign is the 5th best place to work if you are in California. As stated by its employees, the company’s friendly culture, healthy competitive environment, and outstanding management are strong features of DocuSign.

More importantly, the company believes in “Happy workers are productive workers.” They also have allocated an entire day just for volunteering. Not to mention, catered lunches, private zen rooms, happy hours, transportations stipend make this company a place for all type of workers.

Now LinkedIn itself has its own top 14 companies people want to work, and it was naïve enough not to include itself, but it indeed is the 4th best place to work in California. 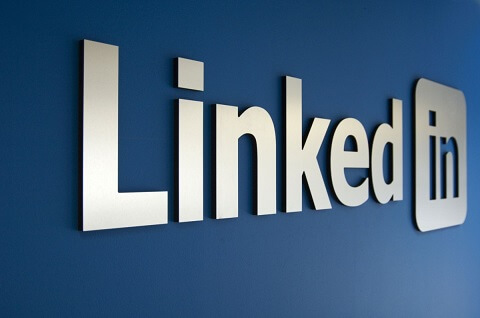 LinkedIn, as you know, is a networking site especially for work. The company is best known for career opportunities which are also agreed by its employees. Some other perks of working on LinkedIn are amazing health insurance for the family, maternity /paternity leave policy, traveling opportunities and of course free foods.

Except these, management really cares about employees’ development and personal goals as one of their former employees wrote in the company’s review,

People are totally willing to get coffee and speak with you about their positions.

Worlds #1 CRM company and also Forbes’s “World’s Most Innovative Company, Salesforce has continuously learned about how to take care of their employees over the years. 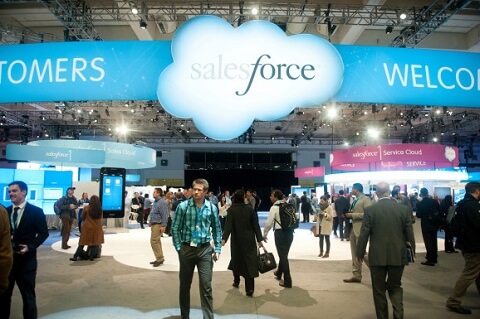 No wonder it has continuously climbed the spot in Fortune’s “100 Best Companies to Work For” over the years reaching the third best place to work in California this year with its headquarter in in San Francisco. Apparently, Salesforce is popular among its staff for its “Ohana” culture (“family” in Hawaiian).

With more than 22000 employees and CEO Marc Benioff and his wife, Lynne being an active philanthropist, the company grants its employees seven paid days annually in case they want to volunteer.

Finally Google, one of the dream companies many dreams to work in. There’s like a thin line, almost invisible when Google is compared with Facebook but however, there’s no debating when it comes to the one that initiated the culture. That’s why Google always came in the number one spot, but this year it seems like Google need to do some more work. 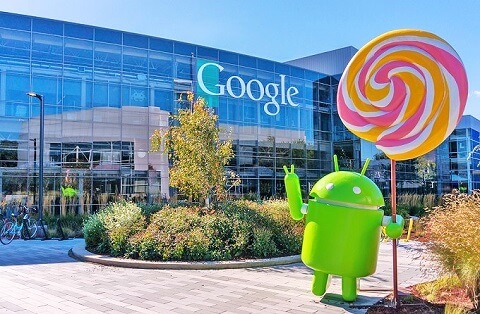 Why is Google so popular among its employees? Is it over-the-top perks or super competitive salaries or fabulous workspaces? According to Business Insider, it is the transparency that exists between the employee and the employer plus of course all the aforementioned benefits.

In fact, co-founders of Google, Larry Page, and Sergey Brin hold a meeting every week on Friday called TGIF, so that every employee can say anything or ask anything they want or are not content with. In addition to that, the employee can camp out in private or take a nap in pods, enjoy insurance options, food, discounts on almost anything and what not, above average pay.

According to an employee,

It's truly fair game to ask anything, no matter how controversial, and frequently the executives will be responsive.

This year, however, Facebook came on the top of the list, knocking off Google from what it seems like its forever position. Headquartered in Menlo Park, California, the employers at Facebook really have pampered their employees.

The building in Manhattan houses adult-sized nooks and crannies is built by a world-renowned architect, Frank Gehry. The architecture seemed to be designed especially for entertainment rather than working. On top of that, employees can eat all they want with varieties of snacks and beverages galore. 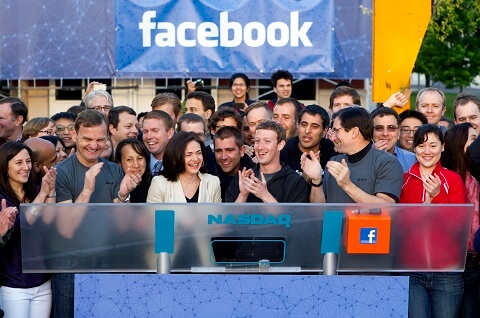 Also, they can also order whatever they want from the full commercial kitchen, and a culinary team is more than ready to prepare for them. Needless to say, all those factors that made Google stay on top, Facebook is giving all that and even more than that.

In fact, Facebook is given 4.6 stars out of 5, and that’s the maximum stars employees have given till the date. A data scientist says,

Every morning when I go in, I feel like the luckiest guy on earth for ever landing a job here.

So that might explain why Facebook is the number one place to work not only in California but in the entire world.