The TV Personality and Model Anwar Hadid; How Much Has He Estimated His Salary and Net Worth?

The young and very handsome, Anwar Hadid is an American fashion model and reality TV personality. Coming from the very talked about Hadid family, Anwar has been working to make his own name in the industry other than being known as the brother of Gigi Hadid and Bella Hadid. He is the son of Palestinian real estate developer, Mohamed Hadid. The wealthy family and inheritance is not the only worth he has, so don't you want to know about his net worth and earnings?

At Only 18 years of age, Anwar has gained numerous fans in a short amount of time rooting over his looks and are curious to know more about the model. So, today we will talk about his estimated net worth and salary. Keep scrolling to know more.

Anwar Hadid’s Net worth and Salary

Anwar Hadid has been familiar with the limelight from a small age since his mother, Yolanda Hadid, was a part of the reality TV show Real Housewives of Beverly Hills. After his sisters started modeling, Anwar followed their footsteps and signed with IMG Models. He got interested in modeling because of his sisters. 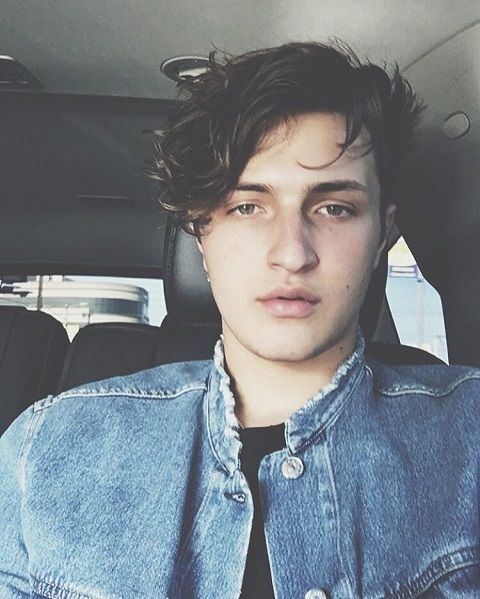 Anwar Hadid has an estimated net worth of $300,000. His modeling debut was in October 2015 issue of Nylon Magazine. It has not been long since he entered the industry. So, no wonder his net worth is less compared to his family members'. Nevertheless, the model is definitely on the path to stardom.

Anwar Hadid was on the cover of Teen Vogue magazine in 2016. He made his Fashion week debut with Moschino in 2016. The model went on to walk for Fenty Puma, Zadig & Voltaire in New York Fashion Week, and Ralph Lauren. Likewise, Anwar also walked for Tommy Hilfiger in London Fashion week along with his sisters.

Anwar landed his first big campaign by being the face of Hugo Boss Menswear’s Hugo line. His modeling ventures have been his source of income and salary. We do not know the exact figures but he seems to be paid well. Now, let’s move on to his cars and other accessories.

As for cars, the model has a luxurious Range Rover. The prices of a Range Rover starts from $36,350. It is a high-end luxury SUV which is fit for a TV star like him. Anwar has flaunted his SUV via Instagram and is seen traveling in it. 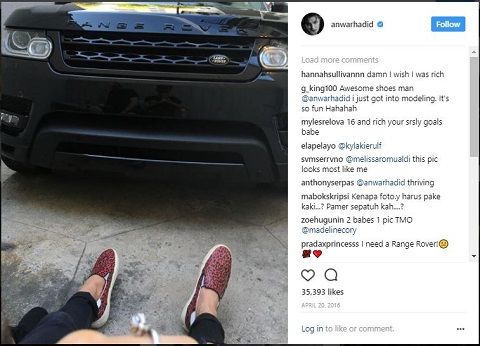 The model is also a huge fan of accessories especially rings. He wears a lot of silver rings. Anwar has a ton of them and his fingers are usually never bare. 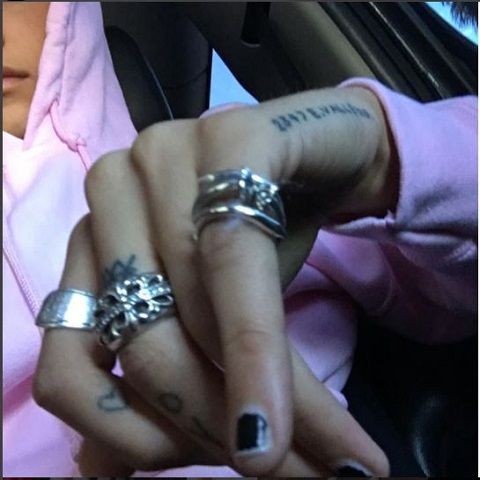 Likewise, Anwar is also a big shoe lover. He wears a lot of converses as seen on his Instagram. His converses are usually covered with writings, doodles so they have a personal touch to them. 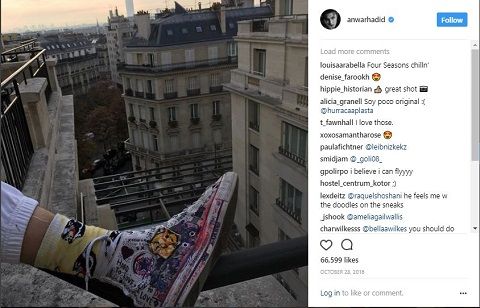 In the context of gadgets, the model owns a silver iPhone 8. It can be seen on his Instagram as he posts many mirror selfies. The iPhone 8 is priced at $699.

Anwar Hadid is just at the start of his career yet he has walked in many prestigious fashion shows. The future looks very bright for this young and emerging model.