Home Gossip The trailer for the new Elle Fanning movie is out and she looks dangerous.

The trailer for the new Elle Fanning movie is out and she looks dangerous. 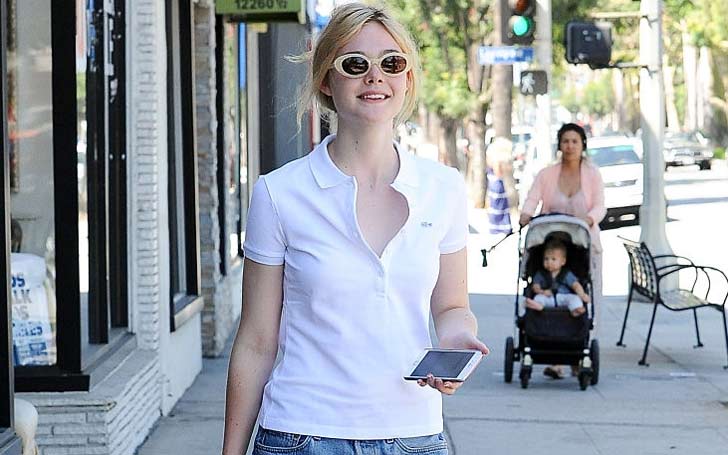 Elle Fanning who has made quite a name for herself in the entertainment scene is all set to rip our hearts apart with her new movie “The Neon Demon”. The psychological horror movie had its trailer released three days ago.

The trailer, however, does not really give much insight into the plot and is filled with electrifying scenes filled with lean bodies, leggy lassies, dark setting and the very dangerous Fanning bathed in blood and gory.

It’s not like director Nicolas Refn is completely new to the idea of killings and horror.

In January 2015, Dazed discussed the script, which Refn co-wrote with Mary Laws, he stated: "I decided that I’d made enough films about violent men, and I wanted to do a film with only women in the film, and so I did this story because my wife would only go to L.A. if we had to travel out of Copenhagen. She’s like, ‘I’m done with Asia. I will only do Los Angeles.’ And so I came up with an idea and went to L.A., and I cast this woman called Elle Fanning who is absolutely fantastic, and she played the lead."

Refn’s wife Liv Corfixen had revealed that the film is inspired by Elizabeth Báthory de Ecsed, a 16th-century countess considered one of the most notorious murderesses who ever lived. Báthory is the one rumored to have bathed in the blood of virgins to maintain her appearance. And given the subject of the movie that’s obsessed with aesthetics, we can say it’s pretty much relatable.

The movie is set to premiere at 2016 Cannes Film Festival competing for the Palme d'Or in May prior to its wider release in June.