Elena Delle Donne; an American WNBA basketball player, recently tied the knot with her longtime girlfriend, Amanda Clifton. The couple exchanged vows with each other on November 3, 2017, in a wedding ceremony organized by The Knot Dream Wedding Franchise.

The duo is currently enjoying post-marital bliss and they both look very happy. Here are the details of the couple’s post-marriage life and their beautiful wedding.

In the context of post-marriage life, the duo spent their honeymoon in Tahiti. They had a lot of fun in the exotic location. They even shared many pictures of their honeymoon on Instagram. 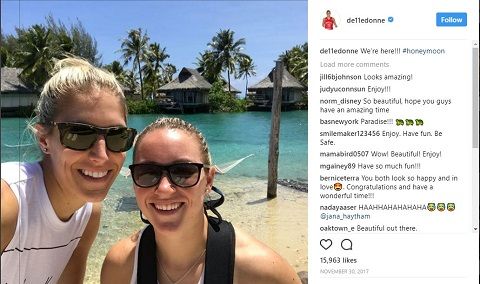 Elena and Amanda recently had their first Christmas and New Year together after getting married. It looks like they had a good time as it can be seen in their Instagram posts. 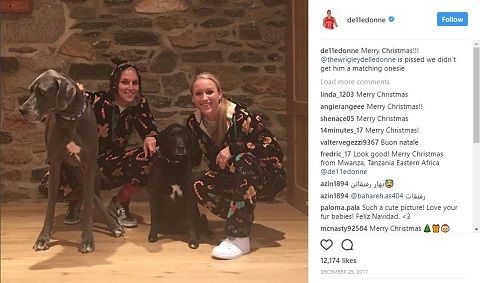 [ CAPTION: Elena and Amanda with their dogs ][ SOURCE: Instagram ]

Well, it looks like the two are happily married and enjoying their life together with two adorable dogs; Wrigley, a Great Dane, and Rasta, a Labrador.  Now, let's talk about their wedding day.

The couple got married in front of their loved ones and friends at the Hempstead House in Sands Point, New York. Delle Donna was clad in a long sleeve Ersa Atelier number and Clifton donned a sleeveless Atelier Pronovias. The duo looked beautiful in their lovely gowns. 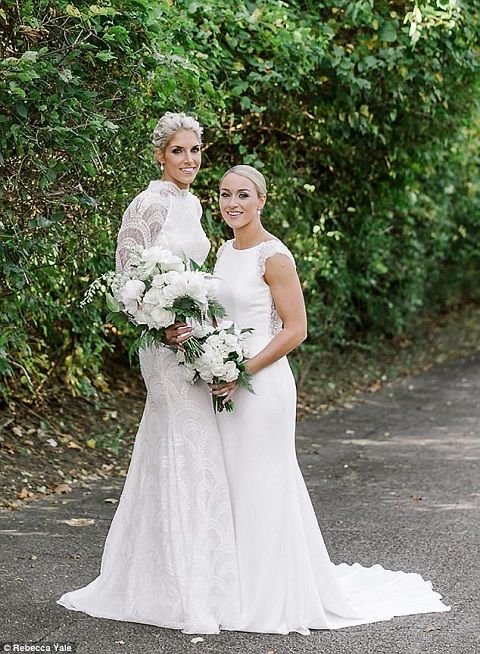 [ CAPTION: Elena and Amanda in their Wedding ][ SOURCE: Daily Mail ]

The venue was beautifully decorated with flower arrangements that included different white flowers like roses, hydrangeas, ranunculus among others.

The couple donated the collection of flowers to the Margaret Tietz Nursing and Rehabilitation Center in Queen. The event was planned with the help of Jove Meyer.

The wedding cake was a six feet tall, eleven tiered, simple yet elegant creation by the bakery Nine Cakes. The wedding was neutral- themed with light pink, pale blue and gray hues. 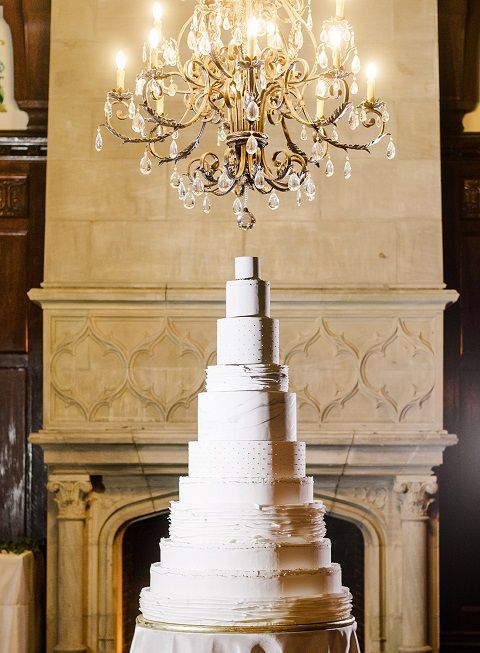 The pair is the first-ever same-sex couple on The Knot’s Dream Wedding list. Their wedding was an elegant affair.

Talking about their engagement, the duo both got to purpose each other one after another. The first one to pop the question was Amanda at a dog beach on Lake Michigan. Amanda recalled in an interview.

"Yes, we had talked about getting engaged and our future, but she had no idea I was going to ask her that day in Chicago. She was so surprised in fact that she thought it was a joke!"

After a few weeks of the surprise, Elena surprised Amanda with her own proposal. She dressed up one of their dogs, Rasta in a wedding dress and asked Amanda to marry her to which she, of course, said yes.

So far, the couple is having a blissful married life and we hope that this continues.