American actor, author, and Christian activist Gavin MacLeod is no more! The actor, who was active in the professional career for over six decades, died at the age of 90.

So, what is the cause of his death? Scroll down to know more about the late author’s professional career, personal life, and achievements!

Gavin MacLeod Is No More!

The Love Boat star MacLeod is no more! The actor passed away on 29th May 2021. He was 90 years old. As per his nephew Mark See, the author died at his home in Palm Desert, California, surrounded by loved ones and caretakers.

MacLeod’s wife revealed that the late actor had been hospitalized over the past few months with numerous illnesses. However, she did not reveal the exact cause of his death. 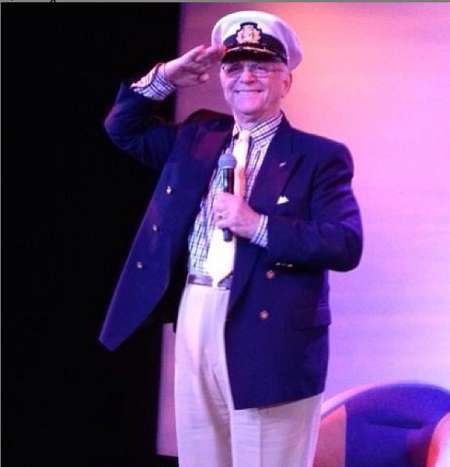 MacLeod Had Been Married Twice

The late actor had been married two times in his life. As per sources, he was first married to his wife, Joan Rootvik. The former couple got married in 1954 and got divorced in 1982 after being married for 28 years.

The late author then married his second wife, Patti Kendig, in 1974. Just like him, his second wife was also previously divorced. Sadly, Kendig and MacLeod divorced in 1982. However, they remarried in 1985.

During the mid-1990s, the couple became Evangelical Protestants, when they even credited their faith for bringing them back.

While MacLeod was the captain on The Love Boat, he very selfishly divorced Patti; thus, she spent three years seeking help from psychiatrists. Later, MacLeod started thinking of Patti, and they met, talked, and solved issues.

The name of his parents, mother Margaret Shea and father George See. His father was an electrician, and his mother had worked for Reader’s Digest.

MacLeod studied at Ithaca College and graduated in 1952 with a Bachelor’s Degree in Fine Arts. MacLeod had served in the United States Air Force before he moved to New York City. He then worked at Radio City Hall while looking for acting work.

McLeod started his professional career in 1955 but made his television debut in 1957, appearing on The Walter Winchell Fire. He had appeared in series like Peter Gunn, The Untouchables, Death Valley Days, Pound Puppies, The Suite Life on Deck, JAG, Murder Can Hurt You, Ransom for Alice!, Only with Married Men, Straightaway, Dr. Kildare, Peter Gunn, The Investigators, Perry Mason, and others.

MacLeod had also worked in films like High Time, I Want to Live!, Twelve Hours to Kill, The Party, The Intruders, Compulsion, The Sword of Ali Baba, The Gene Krupa Story, The Sand Pebbles, The Party, A Man Called Gannon, The Comic, McHale’s Navy Joins the Air Force, The Secrets of Jonathan Sperry, Time Changer, Kelly’s Heroes, The Thousand Plane Raid, Deathwatch, and many others.

MacLeod had a net worth of $10 million.