Home Gossip The Kissing Booth Star Jacob Elordi Parts Ways With Model Girlfriend Kaia Gerber After 1 Year Of Dating! Find Out More About The Relationship And Past Affairs

The Kissing Booth Star Jacob Elordi Parts Ways With Model Girlfriend Kaia Gerber After 1 Year Of Dating! Find Out More About The Relationship And Past Affairs

Jacob Elordi, aka Noah Flynn from Netflix's hit film sequel The Kissing Booth, reportedly called its quits with Kaia Gerber. The teen heartthrob parts ways with actress and model after a relationship of over a year.

Last year, the couple was caught for the first time roaming around New York City in September. Here, know the details of their love life and also about their past affairs.

Jacob, 24, and Gerber, 20, were in a romantic relationship for more than a year. The media first spotted them together when the couple was walking around New York City in September 2020.

After the first linked up, Elordi flew off to enjoy a vacation with Kaia's family (Cindy Crawford and Rande Gerber) to Los Cobos. Also, a couple of months earlier, they made their red carpet debut together. During the Academy Museum of Motion Pictures' opening gala in September, they were found an adorable showing of PDA. 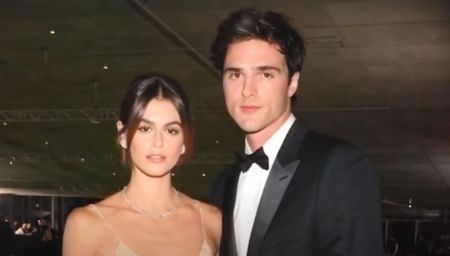 Last year Halloween, the couple finally made their relationship official via Instagram, where they were dressed up as Elvis and Priscilla Presley. Again this year, Euphoria star celebrated Halloween together with his now rumored ex-girlfriend.

That was the last time the when paparazzi caught the pair together. The 20-year-old model deleted most of her pictures with Elordi from her social media; there are two solo shots of him, though.

Despite removing their photos from her Instagram, Jacob and Kaia are still following each other on Instagram. Currently, in November 2021, the source confirms to E! News that the couple parted ways and ended their relationship with mutual understanding.

Throughout the 6 years of Elordi's career, he had affairs with a few popular names. One of his most known relationships so far was with Kissing Booth co-star Joey King ($3 million).

After the fans found out the most loved on-screen couple Rochelle "Elle" Evans and Noah Flynn, were dating in real life, the news was a treat to the couple's loyal fans. The pair met on the set of the film, became friends and eventually began dating in 2017. Sadly, they broke up and even unfollowed each other in early 2019. 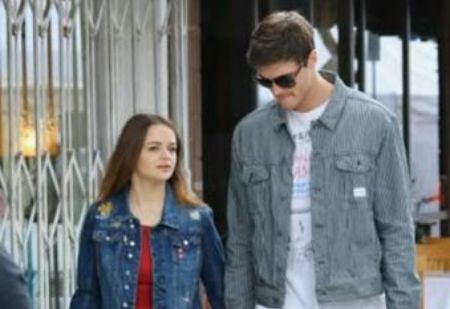 The same year, there was a rumor that Jacob was in a romantic relationship with his Euphoria co-star Zendaya Coleman. The duo was caught getting cozy on holiday in Greece in summer. After they went on dates in California, the pair were photographed kissing in New York City in February 2020. 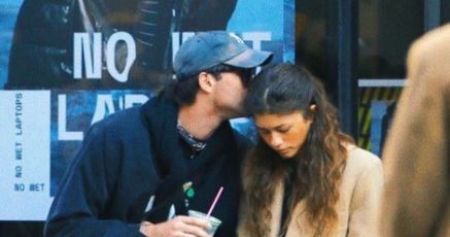 In March 2020, Euphoria stars were last seen in Los Angeles. However, the news of them dating each other was neither confirmed by any of them.