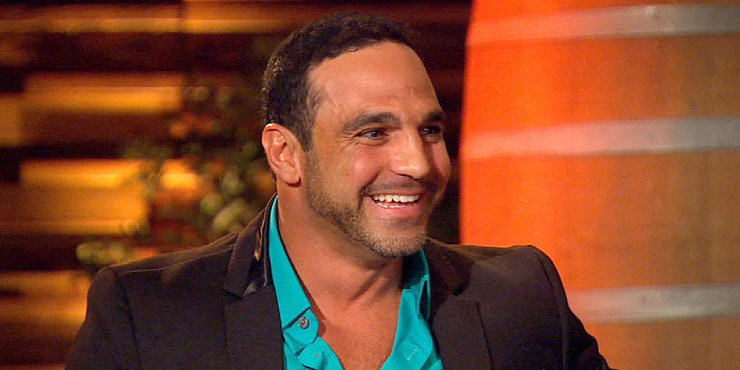 Teresa Giudice might be in prison but her feud with her little brother Joe Gorga, (age 35) still continues. According to reports from Radar Online, She has been sending Joe some really angry letters.  A source for the site said that while Joe did send the first letter, Teresa has sent a few more back herself.

"Joe wrote first to Teresa because he was worried about the show… He was thinking that they might not tape another season without Teresa,” The source said, "Teresa has been writing Joe Gorga letters stating how angry she is with him… She has sent about half a dozen of them."

But that is not the end of it, Teresa is also angry at Joe for calling her names on Real Housewives of New Jersey.

"Teresa told Joe that she still resents him for constantly calling her garbage in public and on the air… She also said that she will never get over all of the other names that he called her on the show."

Apparently, Teresa is not pleased with her other co-stars either, she doesn’t want them talking about her with the press.

“She is still angry at them because they discussed her legal problems on the show when she asked them not to,” continued the source. “She will never forgive him (Joe) for the disrespect and for letting the public know about their intimate problems.”

Teresa’s sister in law, Melissa, however seems to be enjoying all the attention she gets, she has already talked about Teresa on several accounts. Teresa can’t be too happy about this recent development, not while she is still mad at Melissa for bringing her nemesis Kathy Waklie into the show.

“And the fact that Melissa and Joe and brought Kathy Wakile onto the show the day before filming still infuriates Teresa as well,” the source said. “She feels like they all came on the show with the plan of taking her down.”

And when his sister is doing her time, Joe is still at home, living a happy married life with his wife and children. He can be found sharing pictures of himself and his loved ones on Instagram and Twitter. Melissa is also equally (or even more) active on social media. She once posted that Joe was getting a tattoo, though we do not see any evidence of it anywhere.