An American hard rock band from Los Angeles, Guns N' Roses is known as one of the world’s bestselling bands of all times. Let’s know some of the ten surprising facts about this world famous band- Guns N' Roses.

If you notice then the band name- Guns N' Rose seems to be unique as it was formed due to an amalgamation of two band. So without any delay let’s know about two bands as well some more ten facts about Guns N Roses. Just stick with us.

Guns N' Roses band is also known as GnR rock band formed in 1985. The band is considered as one of The World’s Most Dangerous Band to take shocking choices and only the toughest route ever.

10. Charles Manson wrote one of the songs for Guns N' Roses

The Serial Killer, Charles Manson wrote one of the songs for the band. As the band was tremendously popular, they were also very controversial. There’s a song- One in a Million from Lies which was heavily protested. At that time Axl Rose was removed from subsequent releases of the album due to racial and homophobic lyrics. 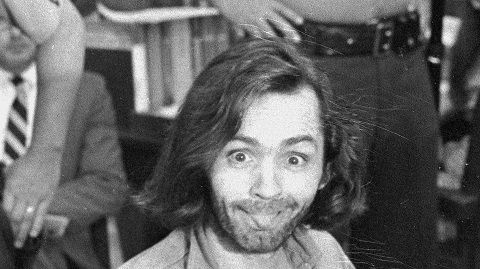 [ CAPTION: Charles Manson wrote one of the songs for Guns N Ros ][ SOURCE: The Irish Times ]

When the band released their album, The Spaghetti Incident, there was a scandalous song for the additional reason. The band’s covered a song Look at Your Game, Girl, was written by the serial killer Charles Manson. But the song was later removed from the album.

Well, the final song that the band ever recorded as a group before Slash, Matt Sorum, and Duff McKagan, left the band was Sympathy for the Devil- the cover of the Rolling Stones. 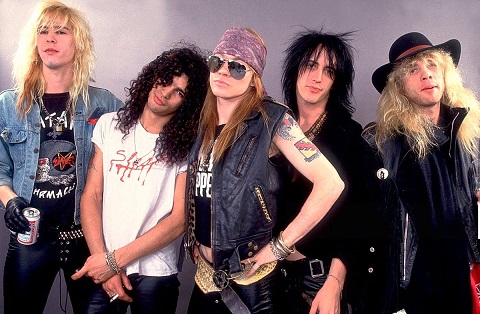 [ CAPTION: Guns N' Roses band members were never together while re ][ SOURCE: Medium ]

The track was documented for inclusion in the movie- Interview with the Vampire and plays over the end credits. During the recording of the song, the band was on speaking terms and in reality, the members recorded the song form the different location of different states.

8. Izzy Stradlin- Arrested on a Plane

In the year 1989, August 27, the rhythm guitarist Izzy Stradlin was arrested on a flight from Los Angeles to Indianapolis. As per the report, he had been drinking pretty extremely and had to use the bathroom, but unfortunately, no one was there. 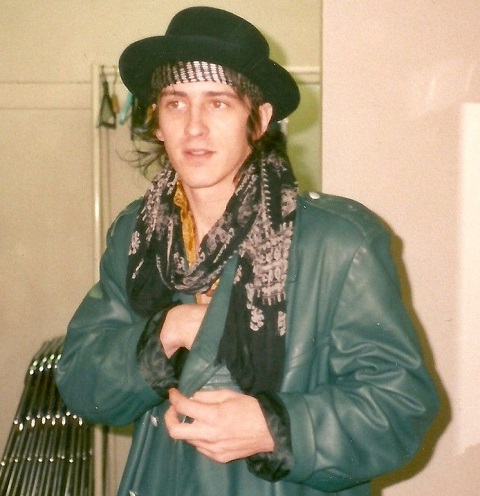 On a layover in Pheonix, police met Izzy at the gate and charged him with the reason of public disturbance for smoking in a non-smoking sector, verbally abusing a flight attendant and making obscene gestures to travelers.

When the band returned to Los Angeles from their first tour in 1985, they got into a car accident. They were in bassist Duff McKagan's car, and another car broadsided them at an intersection for moving 60 mph/hr. They walked away with slight injuries, as the drummer Steven broke his ankle.

Also read:  How did Former Gun's N Rose bassist Duff McKagan turn into an investment guru with a net worth of $20 million 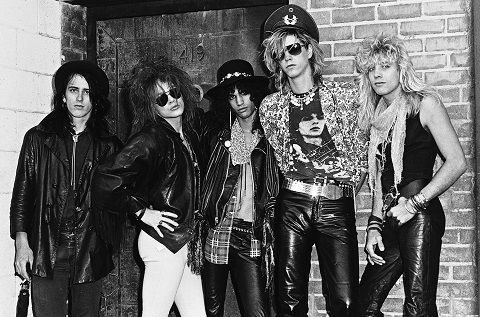 Slash wrote about the whole incident in his autobiography. As he wrote- Duff's car was totaled, and we could have been too. That would have been a sick twist of fate: the band dying together after we'd just gotten together.

During the show at the Omni in Atlanta in 1987, Axl Rose thought he saw a security guard beating one of his friends in the front row and without thing of anything, in the mid of song he then jumped off the stage and punched the female police officer on her face. 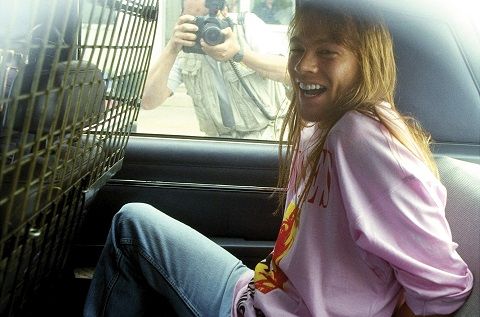 After that incident, he was hauled off by the police. Later on, the authorities agreed to let him go only if he apologized to the cop in writing. He then signed an apology but when the officer cane he looked her and said- FUCK YOU, FUCKING JAG-OFF COP. He wound up in the jail.

Youtube: 10 facts you need to know about Gun N' Roses

The five-minute song- Sweet Child O’ Mine was the biggest hit song which was written just in 5 minutes. And the song was about the lead singer Axl’s then-girlfriend, Erin Everly.

But till the date, Slash considers this song as the worst song of the band ever. What do you think?

Well, the incident occurred after a cocaine and heroin bender. Slash recalls Predators with Rubbery-looking dreadlocks chasing after him with a harpoon and machine gun. While he tried to escape from the creatures, he punched through a glass door, jumping through it to escape his room. 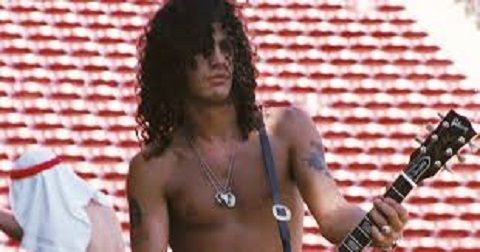 Then a naked Slash used a maid as a human shield before he ran through the hotel lobby and hid behind a lawnmower.

Guns N' Roses first tour “The Hell Tour” was held in 1985 which lived up its name. The band used to have a Van to carry all of their Gear. Unfortunately, while traveling from Los Angels to Seattle, the car broke down in middle of Interstate. 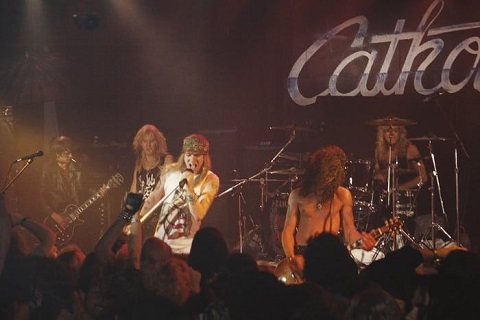 After the accident, many of the band gears were damaged, and they are compelled to play on borrowed gears. Because of some obstacles in the show, the band was only paid $50 instead of $250. Despite all the obstacles GnR Hitchhike to their 1st tour.

On August 8, the band stopped in Montreal to play a gig at the Olympic Stadium. From the very beginning, the concert seemed very doomed as pyrotechnics burned Metallica's, James Hetfield. 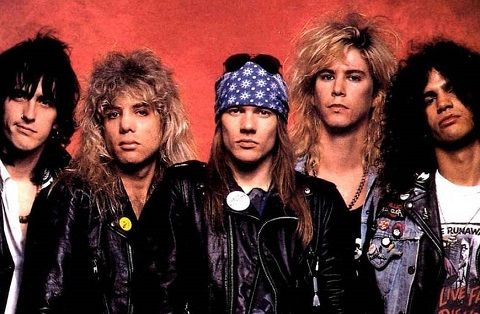 At that time the band didn't take the stage for 2 hrs, and when they did, they didn't stay long. And due to this behavior of GnR, the Seattle Times claims they only played for 15 minutes before leaving. And as a result, the band was barred from Olympic Stadium for life.