A reality television personality, Jenelle Evans who came into the spotlight after appearing in MTV's hit shows 16 and Pregnancy belong to the group of teens who have struggled with chronicled trials and tribulations during pregnancy but that doesn't mean she can't move on and find a lover leaving behind her tragic past.

Jenelle Evans ex-boyfriend Kieffer Delp was arrested for allegedly producing a meth lab products in McKees Rocks in his basement flat in McKees Rocks, Pennsylvania. The 28 years old former boyfriend of reality television star Jenelle Evans was accused of operating a methamphetamine lab on the 1200 block of Vine Street. 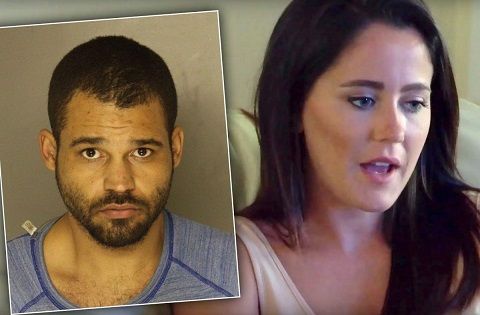 Beside charges related to the manufacturing and distribution of methamphetamines, he was also accused of improper disposal of chemicals. According to the Gazette, Delp was unable to pay $50,000 surety from the Allegheny County Jail. The convicted criminal is currently into trials and will serve some severe jail time if found guilty. Not only that the celebrities whole apartment was taken under investigation and so far he looks super guilty as all the evidence points towards him.

It should be pretty sad time for Jenelle as she is recalled for her relationship with Kieffer Delp.

Jenelle Evans is in a relationship with David Eason. Often people give up after the divorce but eventually, Jenelle found someone special who wiped away all the pain of her past relationship. Well, Jenelle is a married woman!

Teen Mom 2 star Jenelle Evans and David Eason tied the knot in a ceremony held at their home in North Carolina in front of family and close friends.

Jenelle looked beautiful wearing a white, lace wedding gown designed by Martina Liana, starred by a sweetheart cut. The bride donned her hair half-up and drooping earrings and a necklace. On other hands, David wore a white suit jacket with a black tie and grayish-blue shirt. 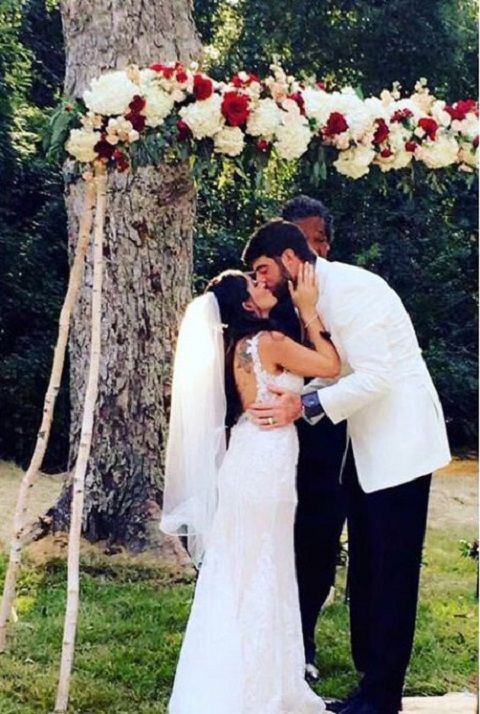 In an interview with E! News, Jenelle expressed her hopes for a "backyard rustic theme and also envisioned a day with her three little ones, Ensley, Jace Evans and Kaiser Griffith.

"I definitely think that Ensley will be old enough to be a flower girl alongside David's daughter, Maryssa," she shared with us. "While reading our vows, I would like the girls to be part of the bridesmaids and the boys to be part of the groomsmen."

Moreover, in February 2016, E! News confirmed that David proposed to his longtime girlfriend. He purposed her with a pear-shaped diamond engagement ring on the day before valentine day. While on other hands Jenelle was happy about it and has said something about their love. 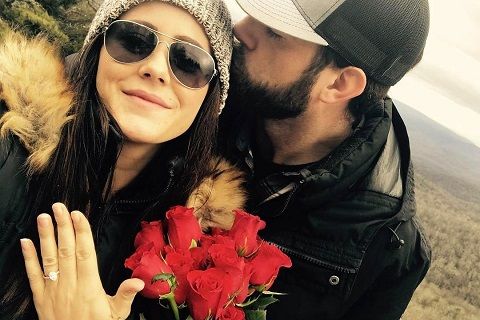 "David did an excellent job and I absolutely adore everything about it, The engagement was definitely one for the books! His idea was so original and he left me speechless."

Well, Jenelle Evans and David Eason are together for a long time and they must be sharing a strong bond. Till date, no any news and rumor regarding their relationship is heard which would lead to their separation.