Teen Mom's Cheyenne Floyd And Fiancé Zach Davis Are All Set To Marry: Details Of Their Upcoming Wedding

Cheyenne Floyd is an American reality star who is known for appearing on the third season of MTV’s Are You the one? is definitely on cloud nine. The 28 years old reality star is pregnant. Moreover, there are speculations that she and her fiancé Zach Davis will have a late 2022 wedding.

Get an exclusive detail on their wedding plans! Also, get to know more about the couple’s relationship. Have a look:

Are Cheyenne Floyd And Fiance Zach Davis Tying The Knot?

Teen Mom fans think that Floyd and Davis are tying the knot in the late 2022 wedding. The news of their wedding speculation came into the media after fans noticed a countdown calendar on the pair’s latest YouTube vlog.

Their fans are going crazy and have filled the pair’s YouTube and social media comments asking them what the plan is actually for. They saw a countdown calendar with 542 days left.

Well, Floyd and Davis are yet to confirm whether the countdown is for their marriage or something else.

However, last month, the duo once talked that they have already started planning their marriage. The young mother asked her fans to send her bridal gown designer recommendations.

They Are Soon To Be Parents Of A Child

Floyd and Davis have openly talked about their pregnancy. Earlier, the YouTube couple uploaded a video where they shared updates on their current pregnancy.

The duo announced pregnancy for the first time back in December. Since then, they have constantly been updating their fans on the pregnancy journey. The duo is expecting a baby boy. 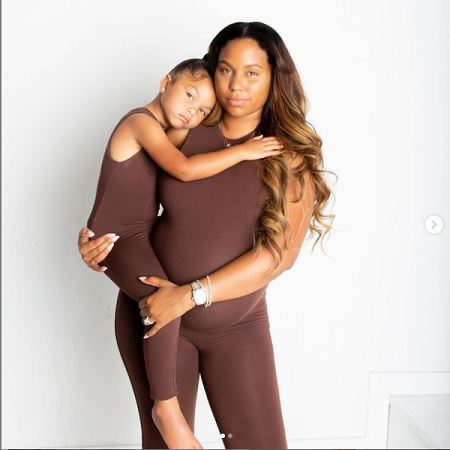 In the video, the couple revealed that they are taking a break from the filming. The pair explained that they just wanted to live in the moment for a bit.

Just a few months after announcing the pregnancy in December, the duo took their relationship to the next level. They got engaged at their baby shower in March. They threw a teddy bear theme party, where the soon-to-be-father popped out the question.

Davis bought two diamond rings for the ceremony; one for his fiancé and the second one for his step—daughter-to-be Ryder.

Cheyenne was born in 1992. Her full name is Kristyn Cheyenne Floyd. She was born in Los Angeles, California, the United States of America.

The name of her parents is Kyle and Theresa Floyd. She grew up with a sibling sister. It was her parents and family who motivated and encouraged her to pursue her dream. Keen on photography for a very long time; she got an opportunity to learn photography in Hong Kong, Cube, France, and Mexico.