Despite the world has leveled the NFA player and recent free agent for Seyi Ajirotutu as a phony who cheated on his wife Autumn Ajirotutu. Autumn seems to be totally on the side of her husband.

Star of WAGS and currently the mother of two lovely twin daughter, defended her husband totally on the E!'s show WAGS. When the controversy was brought to light by her fellow co-star of the show, she defended the image of NFA star Seyi.

With a loud argument on the show after images of personal messages from his husband was published on the Net. So do you wanna see those messages and also about their controversies? Yes, then just be with us. 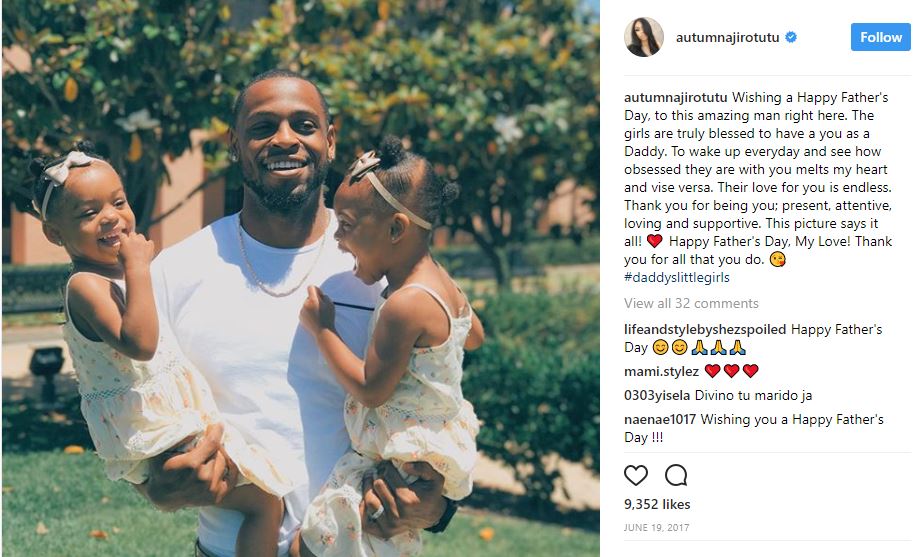 The E!'s star and blogger in a tabloid interview considered being around dark corners of city and bars are nothing new for Famous football players like her husband but as she knows her husband, he will never do anything that will affect the relationship of these couples.

The web tells a different story than what she believes

We have a proof that Seyi getting phony with a random unidentified girl and she has flashed the conversation after seeing Autumn Ajirotutu speaking for her husband Seyi Ajirotutu on WAGS season 2, broadcasted in E! Television channel.

An Email was first sent to Popular site Baller Alert which hiked up the web and it came out right when Autumn was doing the second season of WAGS. Read the conversations.

I Began Watching The Show And Recorded It To See His Wife. She Was so Vain And Bragged On Her Husband. While I Watched, I Was Thinking “Girl Your Man Ain’t S***”. At This Point Me And Seyi Was Still Going Back And Forth In The DM’s. I Never Let On That I Knew That His Wife Was On The Show. However, In The Conversations On The DM, He Did Let Me Know He Was Married. So I Finally Gave Him My Number And We Began Texting. At The Beginning, I Used To Delete Out Texts But I Stared To Save Them Because He Started To Get Shady And Shadier. -Wrote the mystery women

The chat shows Seyi clearly involved in a conversation with unknown women, he talks about showing his genitals and wishing about seeing her in person if he ever gets a chance. People believe in what they see and this proves that Seyi is not a hundred percent of a family guy as portrayed by Autumn.

Seyi Ajirotutu in this part of conversation takes the conversation to a hotter level and the girl in the image is only with her panties on.

Does this incident push their relationship to a south side?

Autumn and Seyi are still far away from getting a divorce. As we know reality TV tries to bring up the drama which is required wow factor for TRP's but she is far away from that game and still running strong in the game. So we can say that Autumn is Seyi's beef and nothing can get in the way of this adorable couple.

Well, the picture tells it all, the recent picture taken by Shustringmagazine shows how involved these two couples are. Seyi who mate Autumn on Instagram for the first time in 2009 is married with two beautiful kids but he still looks at his wife as if she is a far to win trophy.

The attempt to break them up failed as the couple is united as ever. The couple is still together and living happily along with their children.